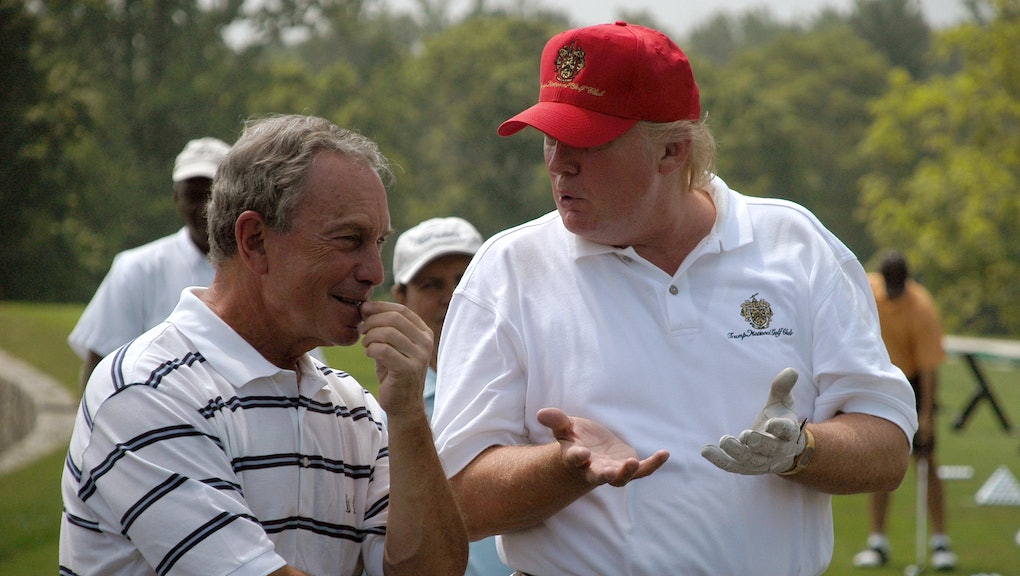 I'll admit: Despite J.J. Abrams's best efforts, I remain a huge fan of Star Wars, a fun sci-fi opera about laser swords, intergalactic wizards, and a large criminal slug that keeps an even larger monster in his basement to eat unwanted guests. Unfortunately, my fandom has caused me nothing but agita over the past two days, as two elderly billionaires have repeatedly used my favorite childhood franchise to bludgeon one another for nothing more than likes and retweets.

Here's the situation: Following his ignominious exit from the Democratic presidential primary race, former New York City Mayor Mike Bloomberg took a swing at President Trump on Twitter, sharing a clip from the dramatic apex of Star Wars: A New Hope in which a good elderly space wizard threatens a bad elderly space wizard with inevitable doom, regardless of his own personal fate.

It was a deeply lame jab at Trump — especially given that moments after the above clip ends, Darth Vader (Trump) slices Obi-Wan Kenobi (Bloomberg) in half. But: Bloomberg is a 78-year-old mega-rich guy who has a proven track record of doing weird things, so maybe he can't be expected to understand how to successfully own someone online.

And apparently, neither can Trump. The president responded to Bloomberg's jab with a doctored clip from Mel Brooks's 1987 Star Wars parody, Spaceballs.

The joke here seems to be that Bloomberg is short of stature while Trump is veteran actor Bill Pullman. It's weak content, and also, I deeply resent Trump for making me hate a Mel Brooks movie, too — one that is particularly near and dear to my nerdy heart, given I spent an embarrassingly long time in childhood not understanding that Star Wars and Spaceballs were entirely different films.

And yet, this especially cursed falcon continued to turn and turn in a widening gyre, as Bloomberg, undaunted by the president's response, decided that the best thing he could do is tweet again — this time with even more Star Wars references.

Gentlemen. I beg of you, stop this. If I have to see one more Star Wars meme from a billionaire trying to score cheap points on another billionaire, I am going to be forced to invent a time machine, go back to 4th grade, and convince my younger self to get into Star Trek instead.

More like this
The Trump/O'Reilly fashapalooza is putting up some sad ticket sales numbers
By Rafi Schwartz
Trump kept a Gitmo prisoner detained for 5 extra years. Biden has finally freed him
By Rafi Schwartz
Nancy Pelosi took a stand on the Jan. 6 committee, and it left Republicans whiny as hell
By Rafi Schwartz
Stay up to date