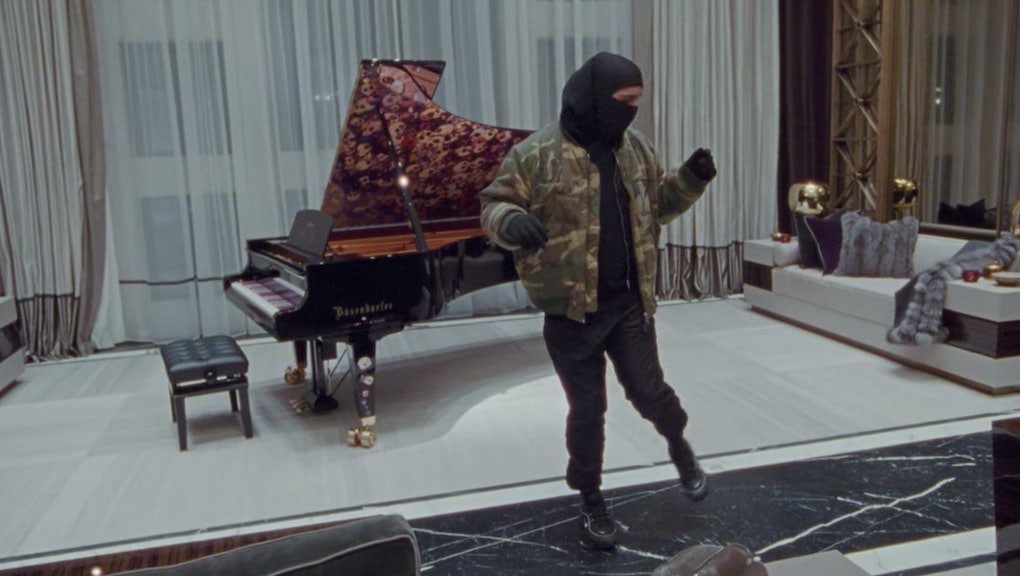 While artists like Frank Ocean have dropped somber, reflective music during the pandemic — heck, last week Lady Gaga postponed her new album, Chromatica, because “it just doesn’t feel right” to release an album in a time of crisis — Drake has gone in an entirely different direction. And it feels pretty tasteless!

The rapper/singer, who fancies himself the king of Toronto, dropped his new single “Toosie Slide” on Friday, April 3, along with a DIY-style video filmed inside his gargantuan, opulent $100 million mansion — where Drake is also riding out coronavirus.

Drake’s new song and its accompanying dance moves are tailor-made for the internet — embarrassingly, self-consciously so. Pitchfork’s review of the track snarked, “Out of boredom, paranoia or desperation, he’s made a song to push a dance designed for TikTok virality.” (It’s kind of working, for the record.)

But that’s not the part that’s so… icky. The whole “Toosie Slide” video is a musical MTV Cribs-style tour of Drake’s massive home — at a time when a lot of his fans aren’t sure if they’ll make rent in the next few months. When JLo posted a video of her family “sheltering” at Alex Rodriguez’s Miami mansion, the internet let out a collective howl. “Time to eat at the rich and post the recipes on TikTok,” was the general sentiment.

That message, evidently, hasn’t permeated the wall of 20-foot security trees that reportedly surround Drake’s house. Guys, he spent $1 million on the trees alone. Nobody has whispered, “People are fed up with elites,” in Drake’s ear as he “dances like Michael Jack-son” amidst his Grammys and Moon Men. Y’all, there’s an Andy Warhol painting of Chairman Mao in his living room, and Sotheby’s sold one of those babies for $47.5 million in 2015.

Drake is so invested in winning on TikTok that he's completely lost touch with reality. Good grief.