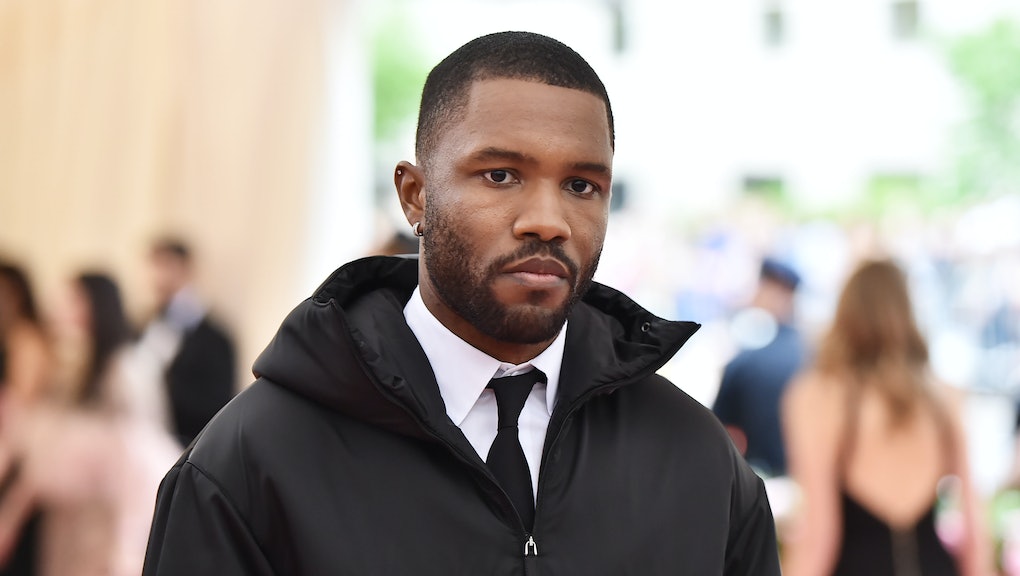 Frank Ocean’s new music is balm for a tortured spring

I called my grandma the other day, and she told me she’d looked at the calendar that morning and said to herself, “Goodness, April is going to be a long month.”

You can say that again, grandma. With everyone bracing for the worst of the coronavirus pandemic and no end to social distancing in sight, it’s going to be a long, lonely spring.

Luckily, amid all the somber news, there’s a small musical balm for these gloomy times. On Friday, April 3 (for those still keeping track), Frank Ocean dropped a pair of new singles, “Dear April” and “Cayendo,” on streaming services.

He’d previewed the tracks at his first PrEP+ club night in New York in October, remixed by Justice and Sango, respectively. Listings to pre-order 7” vinyl editions of the songs subsequently appeared on Ocean’s webstore. After months of waiting, those physical copies were finally shipped to buyers last week. Now, the singles have also appeared on streaming services.

My favorite of the two is “Dear April,” a mournful ballad about the dissolution of a significant relationship. The lyrics meditate on the forces that bring people together and drive them apart. The song is also a powerful requiem for our times, calling for trust that forces beyond our control will pull us all through this crisis.

The other track, “Cayendo,” which translates from Spanish as “falling,” is a similarly sorrowful song. It’s about the feeling of losing someone you love, potentially to another person, hence the sensation of having the ground ripped out from under you.