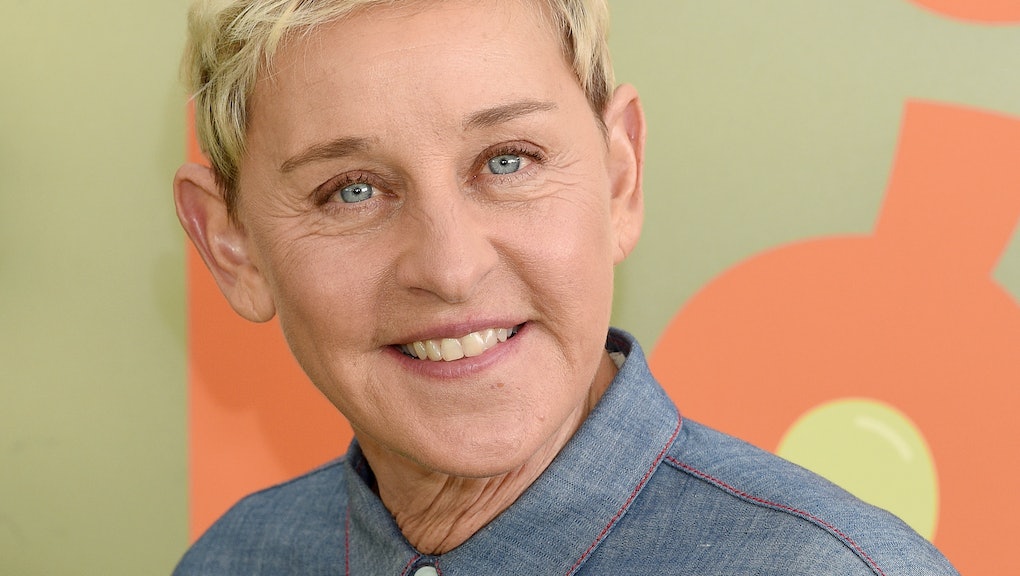 Despite the internet’s attempts to will her replacement into existence, Ellen DeGeneres isn’t going anywhere. On Monday, she returned to the Ellen DeGeneres Show and addressed the widespread reports of alleged workplace toxicity and sexual misconduct perpetuated by the show’s top staffers.

She began the show with some light ribbing about having a difficult summer, gently alluding to the pair of BuzzFeed reports, workplace investigation, unmasking of her kind veneer, and calls for her resignation. Back in the studio with DJ tWitch and dozens of audience members patched in on bizarre life-size screens, DeGeneres wasted little time in addressing the misconduct:

“As you may have heard, this summer there were accusations of a toxic work environment at our show, and then there was an investigation," she said. "I learned that things happened here that never should have happened. I take that very seriously, and I want to say I am so sorry to the people who were affected."

Without delving into specifics, DeGeneres suggests that the show and network have made the “necessary changes” and are starting “a new chapter.” She also addressed the rampant rumors of her unkindness, with the challenges of branding yourself with a “be kind” ethos when...you might not practice it all the time:

“Being known as the 'Be Kind Lady' is a tricky position to be in," she said. "The truth is I am that person you see on TV. I am also a lot of other things. Sometimes I get sad. I get mad. I get anxious. I get frustrated. I get impatient — and I am working on all of that."

If you watched the segment on YouTube, it led directly into a message urging you to subscribe to the channel from executive producer Andy Lassner, who was accused of shepherding the show's abusive work environment. DeGeneres has claimed that this summer was the first she learned that her workplace was allegedly rife with sexual harassment, intimidation, racism, and bullying, but one former employee told BuzzFeed that it hasn’t been a secret to her. “She knows shit goes on, but also she doesn’t want to hear it,” the staffer said.

Although these allegations reached something of a critical mass this summer, DeGeneres will never face any meaningful consequences for any of this, as we’ve come to expect from the most powerful figures in popular culture. No matter the degree of their culpability, an entertainer on DeGeneres' level has an easy playbook for getting back to business: get serious in the monologue, and just keep swimming.