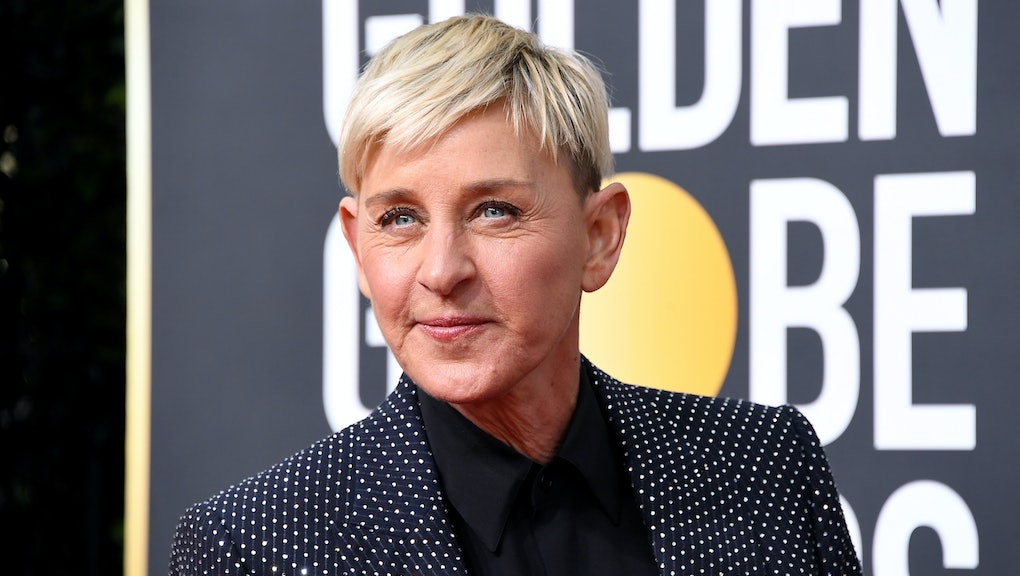 The internet has lots of feelings about who should #ReplaceEllen

The internet loves schadenfreude. Ellen DeGeneres’s empire may be crumbling, amid news that WarnerMedia is investigating her talk show for fostering a hostile work environment. Provided her critics succeed in cancelling DeGeneres, everybody online has an opinion about who ought to fill her sneakers. #ReplaceEllen began trending on Twitter Monday morning, and people have a lot of feelings about the famous faces they’d rather see on daytime TV.

To be clear, DeGeneres has no intention of stepping down from her post. According to internal emails obtained by the New York Post, she’s scheduled to resume filming the Ellen Show and Ellen’s Game of Games later this month. The Twitterverse could care less about that detail, however, and flooded the internet with names of celebrities who’d, admittedly, make pretty stellar talk show hosts instead of the millionaire comedian who preaches kindness in public but allegedly treats those around her with storied frigidity.

People are advocating for beloved names like former first lady Michelle Obama, Tyler the Creator, Tiffany Haddish, and even Harry Styles. Meanwhile, child star-turned-leading lady Drew Barrymore has a new talk show premiering on September 14, putting her in the front-running to be Ellen’s de facto replacement as daytime TV queen if enough fans turn on DeGeneres. Personally, I think comedian and writer Ziwe Fumudoh, whose viral Instagram Live show Baited has touched a nerve at a particularly socially tenuous time, is a shoe-in to become DeGeneres’s successor. Imagine a version of Baited syndicated for network TV, with Ellen as Ziwe’s first guest. Now that’d be legendary entertainment.

DeGeneres’s behind-the-scenes mean streak was rumored in Hollywood for years, but the accusations came to a head this summer with the publication of a Buzzfeed News article in which one current and 10 former Ellen Show staffers claimed the set was a toxic work environment rife with intimidation and racism. Celebrities have chimed in to echo DeGeneres’s accusers, though the host has sought to deflect blame in recent weeks.

“As we’ve grown exponentially, I’ve not been able to stay on top of everything and relied on others to do their jobs as they knew I’d want them done. Clearly some didn’t,” DeGeneres wrote in an emotional apology to her staff.

Comedian Brad Garrett, known for his role on the sitcom Everybody Loves Raymond, was a guest on the Ellen Show six times and tweeted that her icy on-set behavior was “common knowledge” and that he “knows more than one who were treated horribly by her.” Back to the Future star Lea Thompson backed Garrett with her own tweet: “True story. It is.”

It remains to be seen whether DeGeneres will weather being cancelled, but the #ReplaceEllen hashtag exposes one truth: if we don’t want to pay attention to her, there are plenty of other celebrities out there worthy of our time and affection. Maybe someone should ask Dakota Johnson who should oust DeGeneres? We’re betting she’d say Tig Notaro. Gotta admit, we’d love to see it.