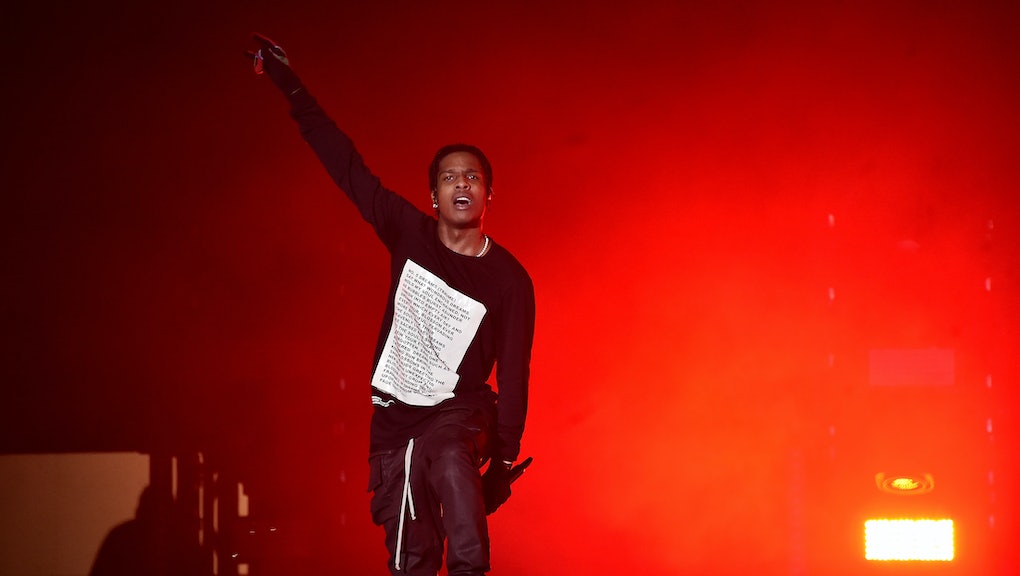 Following his release, A$AP Rocky is giving back to Swedish prisons in an unexpected way

Over the summer, A$AP Rocky spent a month in a Swedish prison for his involvement in a street altercation with a teen who followed him and his entourage around the city of Stockholm. The Swedish courts sent Rocky to Kronoberg remand prison until he was formally charged with assault of the young man, 19-year-old Mustafa Jafari, and released.

According to Forbes, during a conversation called “Culture, Clothes, and Cultivating Creative Legacy” at this year's Summit Festival in Los Angeles, Rocky shared that he'll be donating proceeds from his upcoming performances in Sweden to “inmates and prison reformation.”

“When I was going through my whole situation, the whole time I used to look on television and see Swedish fans showing me so much love and I want to give it back,” Rocky said. He not only plans on donating a portion of the proceeds of his concert to prison reform, he also designed new uniforms for the inmates in the facility he was held in.

The man who runs the prison where Rocky was held, Fredrik Wallin, told Swedish newspaper Aftonbladet that Rocky’s lawyer sent him photos of the new design for the uniform. According to Wallin, Rocky designed a green tracksuit with the word “PROMENVD” printed on the chest.

For context, even though all prisons detain people and infringe on basic human rights, Sweden’s prisons have been known to comparably commit far fewer human rights abuses than American prisons, mostly because they say they focus on rehabilitation, not punishment. That being said, in recent years, reports of abuse and mistreatment have risen, as Swedish prisons become more populated. During Rocky’s detainment, reports were released alleging that he was being held in inhumane conditions.

“I’m trying to do what I can with what I can, I just want to keep creating and encouraging whoever is after me to do it better,” Rocky said.