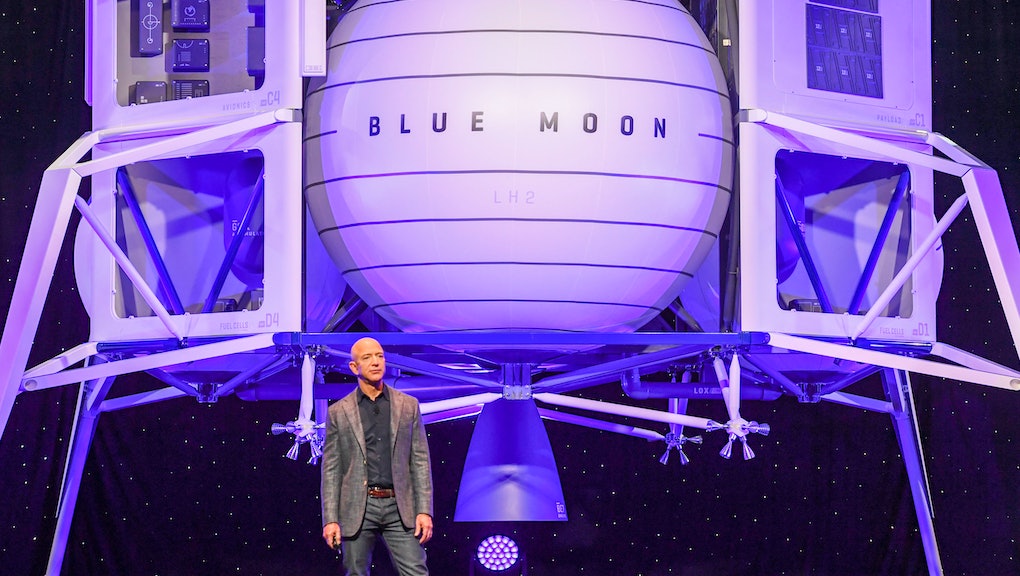 For a blessed 11 minutes, Jeff Bezos was not on Earth. Here's what he missed

The crew boarded a New Shepard rocket made by Blue Origin, Bezos's space company, and blasted off from a launch pad near Van Horn, Texas, at about 8:12 a.m. local time. They climbed to an altitude of 351,210 feet, crossing the Kármán line, which is considered by some experts to be the threshold of space. By 8:30 a.m., the group was already back on the ground and popping champagne, surrounded by family members celebrating the successful flight and landing.

The entire journey, from launch to landing, lasted all of 11 minutes. So, what'd they miss? What happened over the course of those 11 minutes that Bezos blessedly left Earth? And what would the planet look like for 11 minutes without him?

Well, back at Amazon, the company that Bezos left behind to focus on honing his divorced dad energy, the median employee makes $29,007 per year. Given that the company's minimum wage is $15 per hour, most Amazon workers, particularly in the company's warehouses, made about $2.75 during the 11 minutes that their former CEO left Earth.

By comparison, Bezos himself raked in just a tad more. According to some napkin math performed by The Independent, Bezos's wealth increased by as much as $1.57 million during his time in flight. Oh, and the flight itself cost $2.545 million per minute for the 18-year-old guest, who had his seat bought and paid for in an auction — though that money will be donated.

As Bezos and his crew cracked the upper barrier of the Earth's atmosphere, they pushed through about 950 gigatons of carbon emissions that have been trapped over the last 150 years or so. Amazon has done more than its fair share of contributing to that: According to the company's most recent sustainability report, it is responsible for emitting about 60.64 million metric tons of carbon last year — up 19% from the year prior, and still a generous interpretation as it includes offsets and other corporate tricks for impact reduction.

Still, going off Amazon's own math, the company would emit about 1,269 metric tons of carbon over an 11-minute period — the equivalent of how much carbon an additional 276 cars on the road would produce in an entire year. It's also about the same amount of emissions that 153 households would generate over the course of a full year. Amazon does it in just over a 1/6th of an hour.

Carbon emissions is just one way that Bezos's baby pollutes the planet. A report published in 2020 estimated that Amazon packaging materials contribute about 22.44 million pounds of waste that end up in waterways each year. In just the 11 minutes that it took for the Blue Origin ship to take off and touch back to Earth, Amazon probably generated nearly 470 pounds of waste that will wind up in our lakes, rivers, and oceans.

For 11 minutes, Bezos and his crew broke free of all of that, breaching the very edge of space with the promise of going back and eventually going farther. But while he had what he called his "best day ever," the rest of us are stuck with the reality that his company has created: a planet filled with waste and pollution, plagued by income inequality and a wealth disparity so great that while Bezos is building out a space tourism business, warehouse workers at the other company he started can't even get paid sick leave, let alone vacation time.