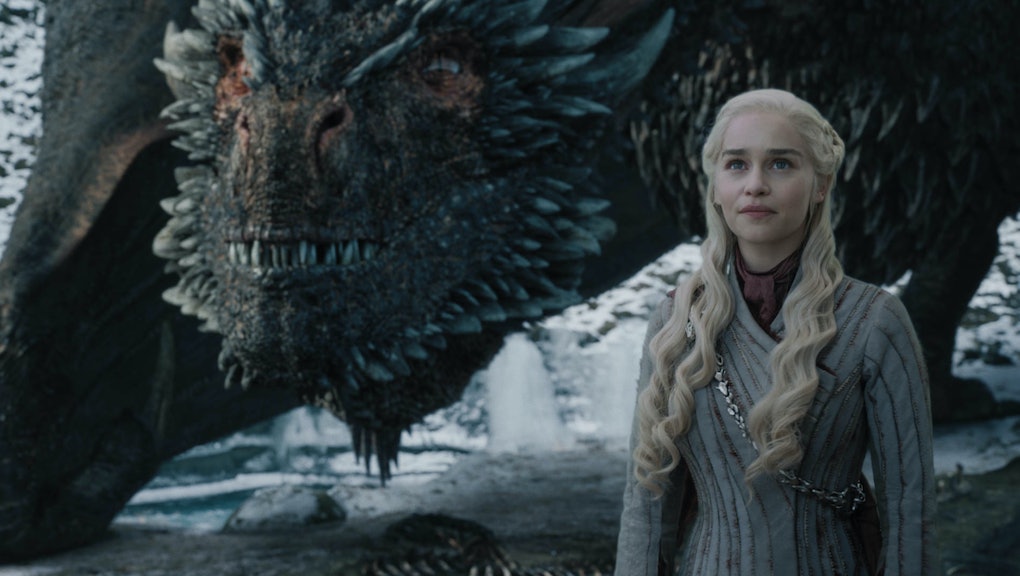 'Game of Thrones,' Season 8, Episode 4: 11 moments you might have missed

Warning: This post contains multiple spoilers for the fourth episode of Season 8 of Game of Thrones.

"The Last of the Starks" may have been much easier to watch than the previous week's "The Long Night" (based on the lighting alone, even), but there are still a few important details you might have missed in Season 8, Episode 4 of Game of Thrones. When you're watching over an hour of thrilling and at times devastating action and plot development, it's bound to happen. Hell, sometimes even the production team misses things, which is probably how that now-infamous coffee cup got left behind in Sunday night's feast scene.

With so many characters in each scene (a departure from early seasons where the main characters were strewn all over the Westeros map), it's easy to overlook subtler plot developments, and Sunday's episode had many of them — everything from blink-and-you'll-miss-it character revelations to sly callbacks to earlier seasons to subtle hints at what lies ahead.

Before you re-watch the episode, check out this list of things you missed and see if you can spot them yourself on your next viewing.

1. The intro was edited to account for the damage to Winterfell

The cracks in Winterfell's walls and interior were shown during the episode's opening credits, which have been updated for each installment this season.

2. There was a modern coffee cup on the feast table

If you missed this when the episode aired, you've likely seen it by now thanks to all the memes people have made about it. It's a pretty hilarious goof, and on Monday, the showrunners fessed up to and apologized for the mistake.

3. The showrunners made a cameo during the feast scene

According to the "Game Revealed" segment on HBO's YouTube page, showrunners D.B. Weiss and David Benioff appeared in the feast scene dressed as celebratory soldiers. "I was concerned we were going to ruin [the scene], but I don't think we did," Weiss said of their cameo.

4. Podrick drank after Tyrion said, "You're a virgin"

Jaime, Pod, Tyrion, and Brienne played a version of "never have I ever" during the feast where they had to drink if someone else made a correct statement about them. When Tyrion told Brienne, "You're a virgin," the focus was on the knight's reaction, but Podrick also drank. That insinuates that he's never had sex, which further backs up the fan theory that first arose in Season 5 that the reason women like Podrick in the bedroom is because he puts female pleasure before his own.

Still, the man who has a way with the ladies was seen leaving the feast with two women in the background of the scene with The Hound and Sansa — including one who went for the Hound first.

When Arya rejected Gendry's proposal to be the lady to his lord, she said, "that's not me." It's a callback to Season 1, when she said the same line to her father.

Now that the White Walker war is over, Arya seems to have resumed her plan to kill Cersei, one of only two names left on Arya's kill list. (The Mountain is the other.) In one scene, Arya and The Hound rode off to King's Landing, both to deal with "unfinished business." The Hound's is likely that he wants to kill his brother, The Mountain. (He threatened as much when the two last saw each other in Season 7.) Arya's, however, probably means that she's gearing up to take Cersei out once and for all, since The Hound will take care of The Mountain.

8. You could hear the moment Missandei got captured

If you watch with subtitles on, you'll notice the moment that Missandei hauntingly shouts "No!" as she's taken by Cersei's forces during the attack on the ship.

9. Tyrion knew about the pregnancy when Euron had only just found out

Euron only found out that Cersei was pregnant in Season 8, Episode 4. However, Tyrion has known since Season 7, Episode 7. In Sunday's hour, Tyrion tried to use Cersei's pregnancy as a reason why she should surrender, saying that she could save herself and her baby. As far as Euron knows, this is the first time Cersei's spoken to Tyrion since the pregnancy news was revealed to him, so he's got to be wondering how Tyrion knew. Between that and Jaime coming back to King's Landing, Euron could all too soon find out that he's actually not the baby's father.

10. "The Rains of Castamere" made a re-appearance

The melodic tune is known as a Lannister victory song, especially after its clever placement in the Red Wedding. In that infamous scene, the song was used as a musical cue for the army to attack the Starks. The Lannisters planned that ambush, and the song has symbolized Lannister power throughout the series.

On Sunday night, it played shortly before Missandei's death, when Cersei chose not to surrender. It also played when Cersei told Euron she was pregnant and that "when the war is won, the lion shall rule the land." (The lion is the Lannister house symbol.)

But don't count this as proof that Cersei will win. "The Rains of Castamere" also played during Joffrey's wedding, and we all know how that went for him.

The focus on Dany's eyes following Missandei's murder has many fans believing the "green eyes" that Arya will shut forever will actually be Dany's, not Cersei's. Arya could become Queenslayer yet.

As this episode proved, you should always keep a close eye on anything you see on screen in Game of Thrones. The night is dark and full of easter eggs.