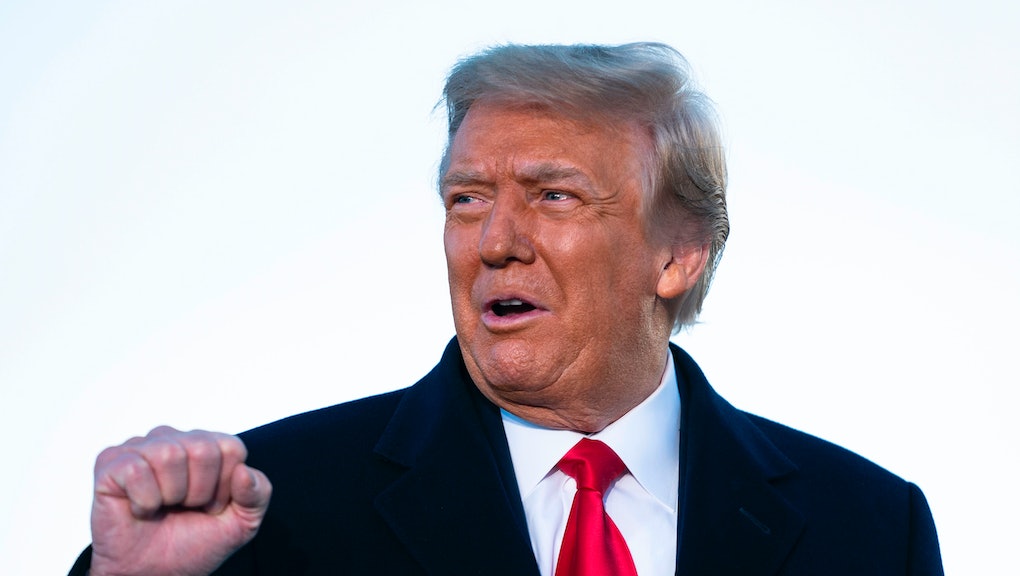 His presidency might be over, but Trump continues to grift

In large part, former President Donald Trump's entire administration was built on a single, unshakeable premise: that Donald Trump's presidency should first and foremost be to the exclusive benefit of Donald Trump himself. Any other ancillary boon to his various cadre of hangers-on (to say nothing of the American public at large) would be simply a pleasant coincidence. And even though he's no longer president, that same guiding principle seems to have carried through into his post-White House life, with a new federal spending report that shows the alleged billionaire is still bilking the government for whatever he can.

According to documents first obtained by The Washington Post on Friday, the government has spent $396.15 every day from the time Trump left the White House on Jan. 20 through at least April 30. The expense was for the privilege and honor of renting a room at Trump's exclusive Mar-a-Lago resort in Palm Beach, Florida, to serve as his personal protective detail.

While the $40,000 in total spent between Trump's first night out of office and the end of April is just a drop in the multimillion-dollar bucket of charges the Secret Service racked up staying at Trump's properties during his actual presidency, the Post noted that the costs for Trump's protective services after leaving the White House were significant because, unlike his time in office, he spent nearly every night at Mar-a-Lago. So even though the Secret Service had only rented a single room, rather than the five or six they reportedly used during Trump's presidency, the costs were nearly identical to the same time frame from years past.

Secret Service expenses have long been one of the Trump family's most egregious grifts. From extending post-presidential protective services to his adult children for months after leaving office, to Jared Kushner and Ivanka Trump allegedly forcing their detail to rent a separate apartment across the street from the couple's home just so they could use the bathroom while on duty, the president and his kin have essentially treated those tasked with taking a bullet on their behalf as both a free service, and a means to make a little extra spending money on the pubic's behalf.

According to the Post, the next closest example of a White House official profiting from their own Secret Service protection was Joe Biden, who from 2011 to 2017 rented an entire cottage on his Delaware property to agents, whom he charged around $2,000 monthly. In total, Biden earned just over $171,000 during all six years combined. Trump earned around a quarter of that in just five months.