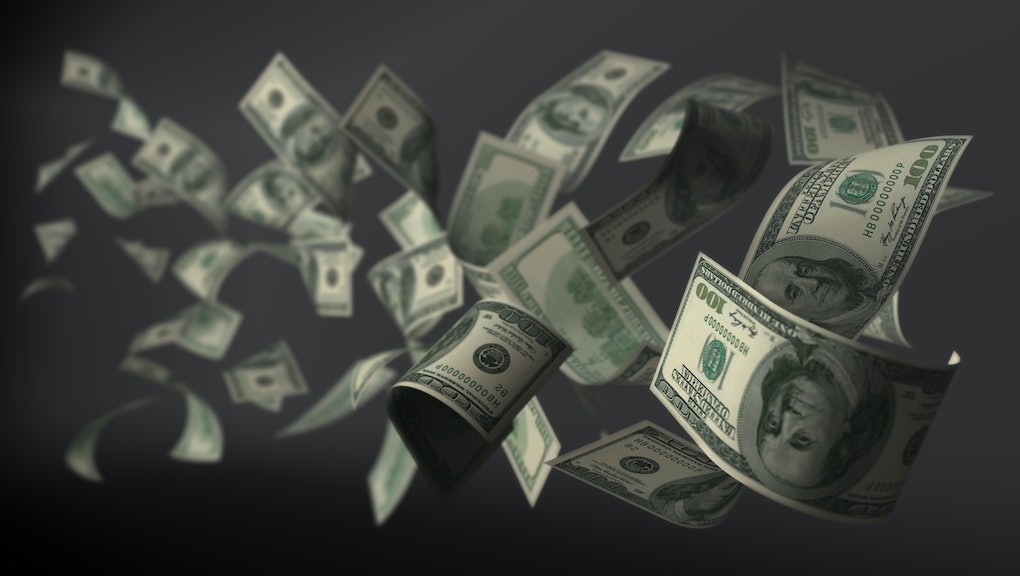 How the Monthly Economic Crisis Support Act could end poverty in the U.S.

Earlier this month, Congress failed to pass Republicans’ $300 billion coronavirus economic relief bill. Democrats refused to support the measure — in part because it was too small, and in part because it included liability protections for businesses, which Democrats fear will allow corporations to endanger worker health during a national health crisis. The collapse of negotiations could mean no economic relief till after the November elections — an avoidable disaster at a time when 13 million Americans remain out of work and unemployment is at 8.4%. More than a third of small business owners say they will have to lay off more workers if there is no congressional action by the end of September. A new bill, though, called the Monthly Economic Crisis Support Act, is hoping to avoid that dire outcome.

When the government doesn't intervene, economic hardship and misery can seem inevitable; the poor, we are often told, will be with us always. But the truth is that we could do much more to help people than Republicans proposed. In May, Sens. Kamala Harris (D-Calif.), Ed Markey (D-Mass.), and Bernie Sanders (I-Vt.) put forward MECSA, a sweeping bill which, if implemented, would not just provide needed relief during this crisis, but would effectively eliminate poverty in the United States.

The reality is that the bill is unlikely to pass, given the Republican majority in the Senate. But the legislation pushes policymakers to think more ambitiously about how the government can use its resources to transform the lives of those in need.

"This bold measure would go a long way in finally providing families the financial support they need to be able to put food on the table, pay rent, and pay for medications during this crisis."

The Monthly Economic Crisis Support Act, builds on the $2 trillion CARES Act stimulus passed in March. The CARES Act provided one-time $1200 payments to all U.S. citizens with income under $99,000. MECSA would go further, providing $2000 payments to individuals with income under $120,000 every month until the coronavirus crisis is over, plus three months after the emergency ends. Further, it would make these payments retroactive to March. Families would get payments for up to three children as well.

The bill additionally specifically stipulates that "every U.S. resident receives a payment, regardless of whether or not they have filed a recent tax return or have a Social Security number." It would essentially be a UBI, or universal basic income, for as long as the pandemic lasts.

Sanders, in a quote provided to Mic by his office, said, "This bold measure would go a long way in finally providing families the financial support they need to be able to put food on the table, pay rent, and pay for medications during this crisis."

It would do more than that though. If the bill passed today, and through some miracle, the coronavirus crisis ended at the end of September, each person in the U.S. under the income threshold would receive $20,000. The federal poverty line for individuals is $12,760 a year — so with the stroke of a pen, MECSA would technically eliminate poverty. A family of four, which would receive $80,000 through the program, would be above the 2019 median household income of $75,500.

Poverty, debt, homelessness, want — these are such an ingrained part of life experience for millions of Americans that they seem natural and unavoidable. But Kitty Richards, a fellow at the Roosevelt Institute, tells Mic that they don't have to be. "Poverty is a policy choice," she says. "You can actually solve poverty with cash. It's very clear giving people cash enhances their standard of living and lifts them out of poverty. Giving parents cash is good for their kids." Multiple researchers and reporters have found that giving people money with no strings attached helps them meet their immediate needs and build wealth for the future. The evidence refutes conservatives’ usual (and generally racist) argument that if given money, poor people will blow it on expensive luxury items rather than use it on essentials.

Fully 40% of Americans today don't have $400 in savings for emergency expenses. If a car breaks down, they can't fix it — which means they may lose their job. Missing work to care for a sick child for a week can mean being unable to pay rent. "The things which are absolute crises for me are simple annoyances for people with money," journalist Linda Tirado wrote in her book Hand To Mouth about living in poverty in America. "Anything can make you lose your apartment, because any unexpected problem that pops up, like they do, can set off that Rube Goldberg device." An extra $2000 a month won't solve every problem, but for many people it would mean that every stumble wouldn't automatically send them over a cliff.

The main argument against simply giving people what they need to live with some dignity and comfort is that we can't afford it. This was Republican Texas Sen. Ted Cruz's mocking reaction to the MECSA bill: “Give everyone $1 million a day, every day, forever. And three soy lattes a day. And a foot massage,” he said on Twitter. “We have a magic money tree — we should use it!”

The thing is, we do actually have a magic money tree — or, what's better, a government that issues its own currency. Economist Stephanie Kelton explained in her book The Deficit Myth that the U.S. government doesn't function like a household, which can only spend a finite amount of money before running out. Instead, it is in control of its own money supply, and can spend whatever it needs as a result. It's not constrained by what it takes in, but by the productive resources of the country. The government can't go broke, though too much spending can lead to inflation. But that doesn't seem like the major danger when the pandemic has caused demand to plummet and the consumer price index to contract.

"Adding to the deficit shouldn't be looked upon as a taboo," Kelton writes. If people need help, we should help them, not continue to tighten their belts till their torsos snap just because it makes Ted Cruz feel virtuous.

"I would argue that if we don't do anything, then the cost to society as a whole will be so much bigger on the other end of this," Paul Constant of Civic Ventures, a Seattle-based think-tank, tells Mic. Constant is worried that massive small business closures could lead to trillions of dollars of lost productivity. "There's no price tag on letting a tremendous chunk of the country collapse into poverty," he says. "The cost of that would be astronomical. It would be bigger than any UBI for the duration of the pandemic."

That's not to say that the U.S. government shouldn't be careful with how it spends money. Figuring that about 90% of people in the U.S. have annual income under $120,000, MECSA would cost somewhere in the neighborhood of $590 billion a month. If we assume that the pandemic ends at the end of September, the resulting 10 months of payments would reach $6 trillion, or more than a quarter of the 2019 GDP. Pouring that much money into the economy is going to have profound effects, and it's important to evaluate them carefully.

Richards, for example, says she’s concerned that there might be some inflationary effects on the housing market should MECSA pass, given that some relatively affluent households would be receiving stimulus money and might be able to bid prices up, reducing relative benefits for those most in need. She suggested that the $120,000 cap might need to be lowered to target aid more directly to those most in need. Constant argues that legislators would have to be careful to craft the final bill so that red states opposed to a strong safety net couldn't use the additional income as an excuse to kick people off food stamps or housing voucher rolls.

Getting the details right is important. But the exciting thing about MECSA is less its specific provisions than its bracing moral demand. Faced with an unprecedented disaster in the coronavirus pandemic, the Sanders/Harris/Markey bill offers an unprecedented government response. That’s even more impressive considering that Harris is the Democratic vice presidential nominee, that Sanders is one of the most well-known Democrats in office, and that Markey just won a decisive primary victory in Massachusetts over a Kennedy.

Even if MECSA never passes, it challenges legislators and the public to imagine what the government could do if the country really wanted to address inequality and injustice. MECSA shows us that we have the resources and the ability to end poverty right now. If we don't do that, it's not because we can't. It's because we've decided that we don't want to.

More like this
Jailhouse lawyer Johnnie Cook is fighting for pandemic justice
By Mai Tran
New York has set aside a massive, first-of-its-kind fund for undocumented workers
By Rafi Schwartz
How the treasury secretary keeps America's economy afloat
By Vanessa Taylor
Stay up to date