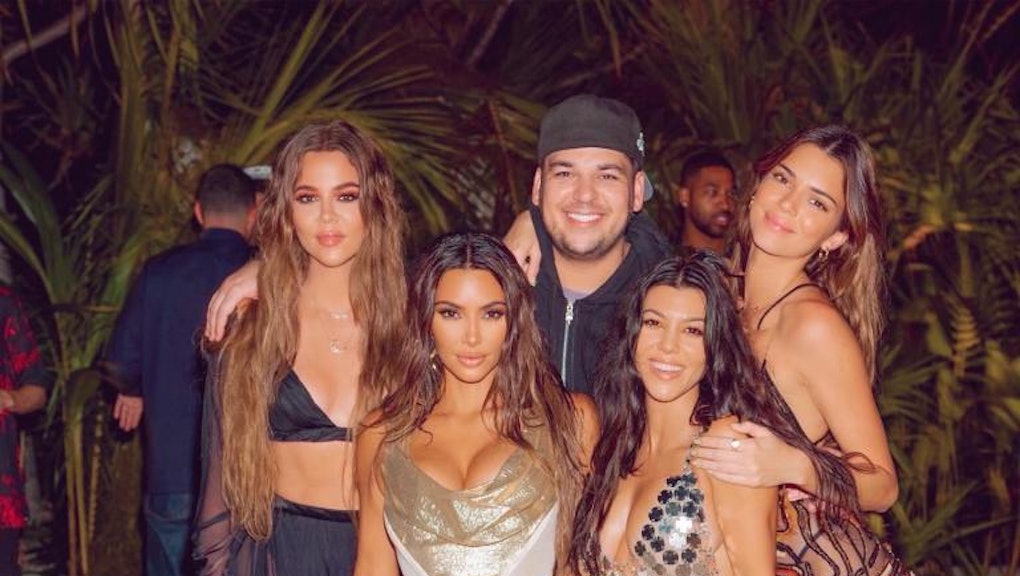 How the pandemic made the idea of celebrity obsolete

Once the coronavirus pandemic sent the world indoors early this year, it seemed as if everyone packed up their life and moved it online — including celebrities. During a period of festival cancellations and paused film productions, our Hollywood superstars have been out of work and, like many of us, bored. As they tried to forge normalcy during a global pandemic, it became jarringly clear that the only difference between celebrities and their fans is money, more specifically, how much more of it they have than us.

The Kardashians have been roundly criticized for partying in the pandemic, especially Kim’s private island party where her family and friends could “pretend things were normal just for a brief moment in time.” Drake was called out in April for posing for a gaudy mansion photoshoot at the height of a global pandemic that, in addition to killing thousands of people daily, had caused millions to lose their primary source of income.

What fans wanted in 2020 was personal instead of aspirational. The pandemic made the old idea of celebrity obsolete. And now it might shape how we engage with celebrities for good.

What does a celebrity look like during a pandemic?

Ziwe Fumudoh, a comedian and comic writer based in Brooklyn, grew in popularity during the pandemic when she started hosting her own interview series on Instagram Live. Her show explores topics like politics and race, with a comedic, but educational tone. Often challenging other notable, mostly white, public figures to explore how they individually uphold white supremacist structures and fail to make concrete changes within their lifestyles and social circles, Fumudoh has become famous for putting white people on the spot. While her Instagram following is shy of 162,000 followers, hitting the million mark isn’t nearly as important as the relatable and therapeutic content she creates for her fans.

“She's so relatable. Honestly, she's not like any other person I've ever seen on the internet,” said Mia Brabham, a 26-year-old freelance writer in Raleigh, North Carolina. She first discovered Fumudoh on Twitter in June when tweets of the comedian were retweeted onto her timeline. After finding her content funny and relatable, Brabham began tuning into her show every Thursday, even setting an alarm as a reminder.

“She kind of connects people because she has a small fan base. I found myself engaging in her live chats,” Brabham said. “I'd talk with the people in the comments and then you'd randomly see Quinta or Ira Madison leave a comment too, and what everybody was saying would be so funny.”

Brabham describes Fumudoh’s show as altogether therapeutic, educational, and comedic. “This year has been hard, especially for people of color and for Black people in particular. I read one of her interviews after doing this deep dive and she talked about how her whole life, as a Black person being in predominantly white spaces, she was always the uncomfortable one. And now the tables are turned on her show.”

The gap between mega-celebrities and regular people has become too wide to sustain. What has developed in its place is more community-driven. The pandemic has forced us all indoors but it has had the effect of prioritizing public figures who can bring people together.

Similar to Fumudoh, Ira Madison is another public figure whose fan base grew during the pandemic. Working as a television writer and podcaster, and known for his culture reporting at GQ and The Daily Beast, 34-year-old Madison is famous for keeping it real.

“Following Ira is kind of like following a friend that you've had for a while. Him being a Black, queer man from the Midwest, and a millenial, gives this sense of realism about him,” said Saavon Smalls, a 24- year-old, digital strategist in D.C. A friend recommended Madison’s “Keep It” podcast to Smalls at the height of the pandemic in March, and from there, he became a fan. “I think he gets a lot of what everyday people go through. Rather than trying to talk about stuff from a place he can't understand, he always brings it down to a level that's relatable, yet still funny.”

Once COVID hit, Smalls began distancing himself from a lot of the big celebrities he followed on Twitter and Instagram and turning more to podcasters, writers, and talk show hosts with smaller followings and a similar identity. “I think a lot of times celebrities are so focused on the glamorous aspect of their life,” he said. “During a pandemic, I didn’t care to see that. I want to be able to feel like I can relate to my celebrities and that at the end of the day, they are real people.”