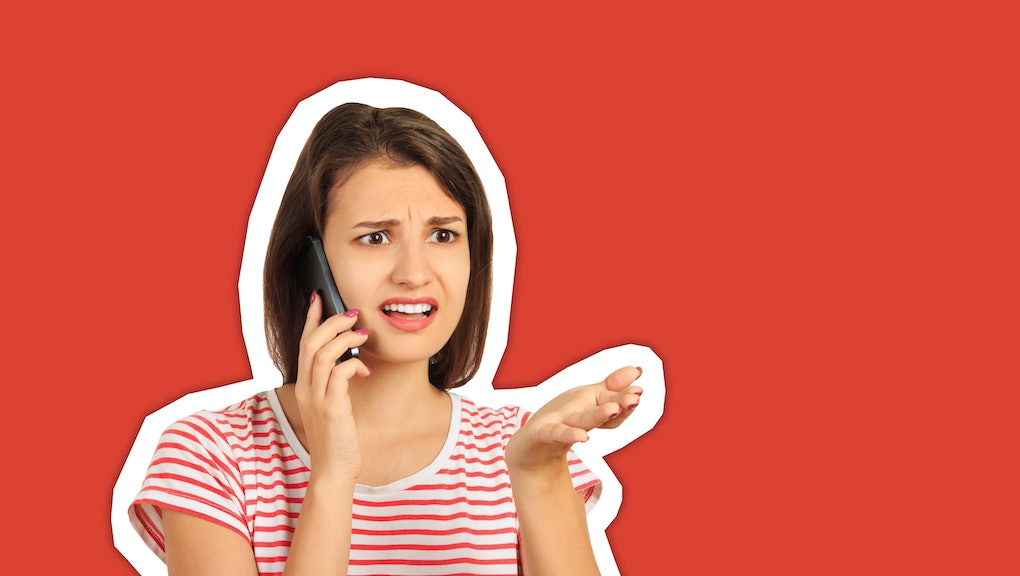 iPhone vs Android: What I learned making the switch from Apple to Samsung

For the past 12 years, I was in a committed relationship. It was fun and exciting in the beginning. But it quickly turned into codependency — the kind that leaves you feeling empty when you're apart. I wanted to end things, but I wasn't sure if I could or if it was possible. Everything I owned was somehow connected to this union, and I knew if I did cut all ties, nothing would ever be the same. The anxiety that had built up inside of me about ditching my iPhone for an Android made me realize I had to leave it for good.

So, for a couple of months, I planned my exit. I did research and I discussed it with friends and family — they all thought it was a silly thing to do, but I stood my ground. The one person that I thought would be supportive actually wasn’t supportive at all. My husband warned me, saying things like "if you do this, we won't be able to communicate the same way ever again!" His annoying response gave me that final push I needed. I was tired of living in fear. I was sick of having this attachment that never seemed to work out. I honestly had had enough of being let down. So I switched from my iPhone 7 to a brand new Samsung Galaxy S10.

I know what you're thinking: "Why couldn't you just upgrade to an iPhone X?" The answer is simple. I'd been upgrading since 2007, and it had worn me down. The thought of changing phones every two years was driving me mad. Yes, Samsung also launches new versions every couple of years, but Samsung users that I spoke to were very pleased with their older models.

The issues I had with my iPhone 7 were really the last straw. Phone calls were cutting out, the charging port wasn't working, and then the audio quit altogether. On those last days of my iPhone — which now resides in a drawer along with my iPhone 5 and iPhone 3 — I couldn't make phone calls unless I was using CarPlay or my Apple Watch.

My husband is pretty patient with troubleshooting, and he didn't want me to switch, but I didn't want to pay hundreds of dollars to get it fixed. Then we found out that I wasn't the only one having issues with the iPhone 7.

In May 2019, iPhone7 users filed a class-action lawsuit against Apple for an audio defect called “loop disease.” Apple Insider reports that it's an "issue that causes audio problems on impacted handsets and can ultimately render the device inoperable." The claim alleges that Apple knew about the Audio Integrated Circuit (IC) defect but didn't do anything about it. Furthermore, it was the customer's responsibility to fix it. For years I’ve been a loyal Apple user, and for what? Why did I care so much about remaining loyal to a brand that seemingly didn’t care about keeping me as a consumer? After this clarity, I became fixated on getting an Android.

Several tech lists ranked the Samsung Galaxy S10 the No. 1 phone, while the Huawei P30 Pro came in at No. 2, and Apple iPhone XR at No. 3. MarketWatch also reported earlier this year that more people were making the switch from iPhone to Android. At least now I didn’t feel so alone.

As a first-time Android user, I had no idea what to expect. I opened the box. Turned it on and waited. Within seconds the phone lit up, and a thrill came over me. I don't know if it was the Samsung or the fact that I didn't have my iPhone anymore, but I hadn't experienced this kind of excitement in years.

The first thing I wanted to do was to try out the camera. I had heard from strangers (most of the people in my circle use iPhones) that the best part of the Samsung Galaxy S10 was the camera. So I took several pictures and was truly blown away by the quality of the images. My old iPhone camera did not compare.

I then downloaded my usual apps using Google Play (instead of the Apple App Store): Twitter, Instagram, Facebook, Snapchat, WhatsApp, banking apps, travel apps, etc. All the apps worked flawlessly on my new Samsung. So far, so good.

It took a little getting used to Bixby, Samsung's virtual assistant, but the overall premise is the same as Siri. "Hi, Bixby, where’s the closest Starbucks?" Or "Hi, Bixby, can I use Samsung Galaxy S10 with CarPlay?" Unfortunately, the answer to that one was “no.” I will most likely have to get Android Auto to work on my new phone.

The central aspect where there were some compatibility issues was with texting. Some messages were delivered. Others were not. This issue is, by far, one of the biggest ways Apple tries to trap you into using iPhones forever. The controversy about green bubble vs. blue bubble is exceptionally strong, albeit completely ridiculous. My switch to Android made my friends livid now that our chats were green instead of blue.

And it isn't just annoying from an aesthetic angle. Alex Chalekian, chief executive officer of Lake Avenue Financial in Pasadena, Calif., told MarketWatch, "I don't like that [Apple] hijack your number when using the iMessage system, and you don't realize that until you switch out to Android and realize your texts don't come through because everything filters through Apple's servers."

When I called Samsung support, they informed me that my contacts should not save my phone number under iMessage. I had no idea that my contact information would now forever be tied in some way or another to Apple, therefore, creating a disconnect of sorts with other Apple users. Friends had to delete my contact information altogether and create a new contact for me. Luckily, this handy breakdown on how to make that transition makes it a little easier.

I realized that for those texts not coming through, I could just use WhatsApp for all my texting purposes. WhatsApp solved all my connectivity with previous text messaging issues. Plus, I sort of liked that some people couldn't reach me. It's kind of liberating.

I faced other compatibility issues including, of course, not being able to sync my Apple Watch with my new phone — and that was just the start.

Apple’s mega status as a brand relies, in part, on the idea that their devices can only coexist with other Apple products. If you stray at all, your tech life could be thrown off completely. But, I wasn’t going to allow that to deter me from switching. I mostly use Apple Watch for working out purposes and not answering calls or GPS, so I could still use my Apple Watch. I can't use iTunes, but Spotify works just as well. So, while I did break up with my iPhone, I still use Apple products, including my MacBook Air.

I know, eventually, I will have to upgrade my new Samsung, but if I go at least three years before I move on, I'll know I made the right decision. Besides, just because I’m looking for long-term commitment, that doesn’t mean I want forever.

This article was originally published on Aug. 23, 2019