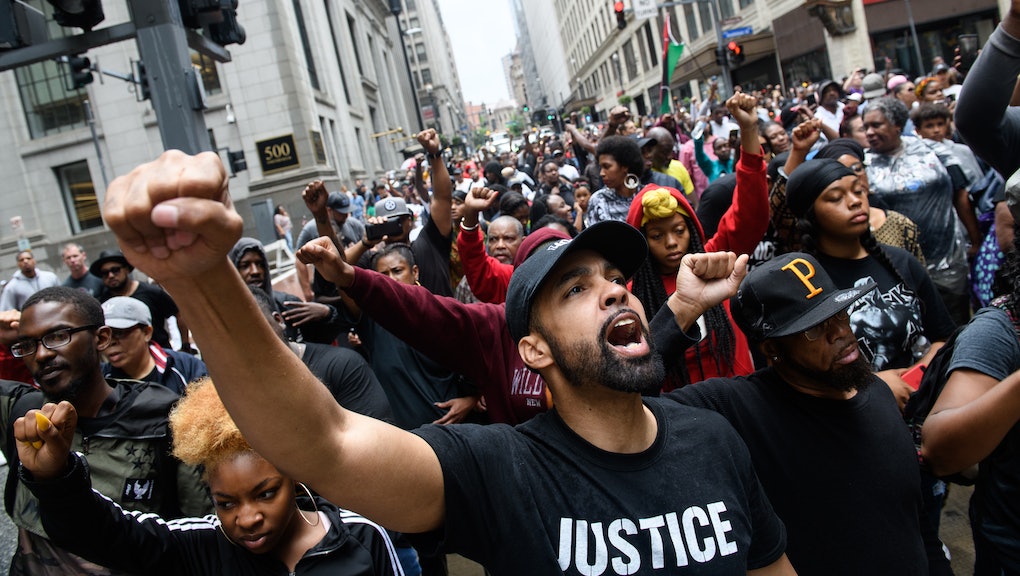 It’s cool to recognize Juneteenth as a holiday, but let’s talk about real change

Juneteenth has always had special meaning to Black Americans, but this year seems even more important. At the intersection of COVID-19 — a virus that is impacting and killing Black people at higher rates than our white counterparts — and global protests over the killing unarmed Black men, women, and trans people, we have reached our boiling point. Although many agree that Juneteenth should be officially observed by the federal government, we can’t let the symbolic gesture of this newly acknowledged holiday overshadow how much more recognition and respect Black Americans deserve.

For those who aren’t familiar with the holiday big corporations are now tripping over themselves to celebrate, Juneteenth commemorates June 19, 1865, when slaves in Texas, the most remote part of the U.S. at the time, were informed they were free, despite the Emancipation Proclamation being signed January 1, 1863 — over two years earlier.

We can’t let the symbolic gesture of this newly acknowledged holiday overshadow how much more recognition and respect Black Americans deserve.

Still, let’s not pretend that Black people in the U.S. are “free” now — we are still shackled in many ways, chiefly by mass incarceration and system racism. However, Juneteenth is still a crucial model of what liberation can look like.

For companies, deeming Juneteenth a holiday is merely a symbol, and white folks have long used symbolism as a crutch for real action and change. Rather than addressing the issue or abolishing the system that keeps it in place, there is often a token of appreciation for our contribution that we're supposed to be appeased by. Meanwhile, racist policing and neo-Nazis rallying for the preservation of monuments dedicated to former slave owners continue on, unchallenged.

While it’s a nice gesture to make Juneteenth a holiday — one that we will gladly take — it is simply not enough, nor should we be grateful for it. We are not obligated to thank our oppressors for giving us things we rightfully deserve. Especially when recognizing Juneteenth as a federal holiday gives white people a day off for the ending of slavery, which is ironic since many of their ancestors are responsible for it. Holidays are cool, but they mean nothing without concrete action behind them.

If there’s anything we have learned during the most recent protests for George Floyd, it’s that our continued fighting is finally inspiring reform. I have to believe that with every chant and every push forward — tear gas and all — things are changing. Defunding the police seemed impossible a few weeks ago, but in cities all over the country, policies are being enacted that move us closer to that possibility.

Our history doesn’t look like a month of commemoration. It is a force that spans beyond 28 or 30, or 31 days, even. This incessant need to create days and months to acknowledge Black History is driven by the fact that the other months are still dominated by the white cis hetero narrative in this country — one that white people are reluctant to give up because that would require a more accurate truth about American history.

Black history is taught as if it is a completely separate part of American History. Perhaps because much of the U.S school system is run predominantly by white administrators, the current curriculum is built on white guilt. Students learn about the nation’s forefathers without ever discussing their ties to slavery and our nation’s inhumane beginnings.

To really celebrate Black history, we should rename schools that bear the name of confederate soldiers; this needs to be done in schools with mainly Black children now. We should change President’s Day to a holiday not dedicated to a president who owned slaves. We should spell out the nuance behind Abraham Lincoln’s feelings on slavery. We should tear down monuments built to slave owners. And we must tell the truth about America’s enslavement of the Africans and stolen land from the Indigenous. No month or day can fix the depravity we are forced to accept as “history.” Honoring both Black people and our oppressor makes no sense.

The erasure of our history can’t be fixed by a commemorative day or month. Black History (and queer history, which very much intersect) should be taught all year. Incrementalism is a detriment to real change. Start by teaching our history throughout the year. Follow through by fixing our lived experience by addressing oppressive school culture, work culture, and society. Making Juneteenth a work holiday is an inch that acknowledges slavery, but the oppression is a mile long for people still feeling the ramifications of our ancestors’ bondage.

More like this
The push to legalize psychedelics has ignored Indigenous communities
By Suzannah Weiss
How to support Black and Asian American friends without exhausting them even more
By Melissa Pandika
Mental health TikTok is vast and daunting. Here are 5 actually helpful accounts to follow
By Joseph Lamour
Stay up to date