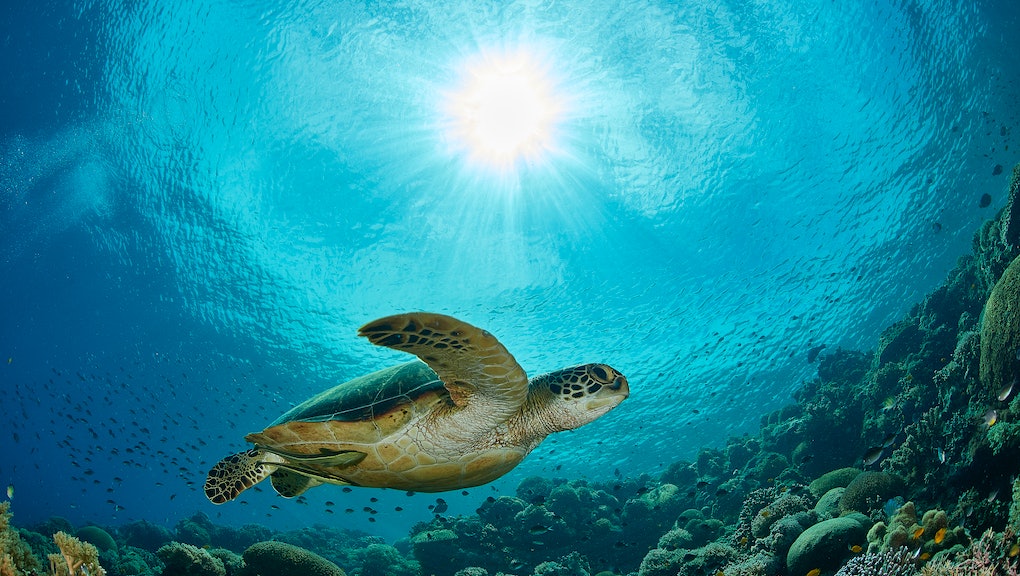 Living sustainably at home: 4 things you can do right now

The environment is in a weird place due to the pandemic. On one hand, the lack of bustling human activity has cleared the air of vehicle pollution and brought curious animals wandering into towns. On the other hand, single-use plastics are making a comeback, much to the delight of plastic manufacturers, and the outbreak has been used as a cover to rollback or halt enforcement of U.S. environmental protection laws. It's turning out to be a real 'win some, lose some' scenario with long-term impacts that experts worry could last even after mankind overcomes the disease.

But it doesn't mean there's nothing people can do about it. There are still ways to make a difference at home, says Valentino Vettori, founder and designer of the pop-up sustainability museum, Arcadia Earth, in New York. He believes that now could be a good time to start taking sustainability lessons from the pandemic. Just as people can collectively 'flatten the curve' of COVID-19 infections by making the individual choice to stay home, people can also collectively make a difference in climate change by making sustainable choices in their individual lives.

"If you think about it," says Vettori, "if you collectively put together 'eat less meat' and 'waste no food' — those two behaviors can totally have an impact on climate change."

And there might not be a better time than now to make these changes, when people are physically distancing at home. Taking the time to switch to paperless billing to reduce the amount of paper used for bills and junk mail, for instance. According to Arcadia Earth, the U.S. consumes 68 million trees each year to produce paper and paper products. Apps like PaperKarma can help with the process.

"You can do a lot of things now because we have the time," Vettori encourages, "and we can start changing behaviors." While he's not trying to make light of the current situation, he wants people to think positively about things they can do in the meantime and look forward to the results. "[N]ow that we are home, let's try to get the best out of our time."

Save energy, save money, save the Earth

Saving energy is an oft-repeated recommendation when it comes to sustainable living. There's a good reason why: Saving energy will also lower your energy bills. Having smaller bills is always good, especially during a time when finances could be tight right now.

One simple way to stop excessive energy draining is by straight-up unplugging unused appliances. Yahoo! Finance reported that appliances and electronics, especially the ones left in standby or sleep mode, can still drain up to 25 percent of the energy used in a home. Total costs can vary between households, but the report noted that this energy leak could cost an average household in Northern California between $210 and $440 a year on energy that isn’t being used. Boston University puts the average cost at over $100 per year. The U.S., as a whole, wastes $19 billion annually on unused electricity.

Arcadia Earth recommends taking the time to unplug appliances that aren't in use. Turning off power strips can also completely stop power from being drained during non-use. For folks with appliances that aren't feasible to unplug, Arcadia Earth suggests using apps like Energy Cost. It can help you determine which items in your home consume how much energy so you can target the high-draining items you can unplug. There are also energy-saving programs, such as the ones offered by Con Edison, that can reward people for using less energy by offering incentives on top of reducing bill totals.

The environment also benefits from any energy-saving efforts. Lowering your energy consumption helps crate less reliance on fossil fuels. Many power plants use fossil fuels to create electricity; this process ends up producing about 33 percent of all carbon emissions in the states, reported the U.S. Energy Information Administration. By lowering our energy use, we can also lower the number of carbon emissions created during production.

According to the U.N. Food and Agriculture Organization, about one-third of all food produced goes to waste, and much of it comes from producers throwing out 'ugly'-but-edible produce and consumers buying too much food and letting it spoil. By looking at this data, the U.N. estimated that the average person throws away 214 calories worth of food. Other researchers have doubled that estimate with their own studies. With so many people in the world struggling with food availability, this fact is, truly, a waste.

One solution: purposely seek out the ugly vegetables. Produce delivery services like Misfits Market will bring organic produce that is misshapen but still delicious right to your door.

Arcadia Earth also suggests using reusable, cotton produce bags to help fruits and vegetables last longer in the refrigerator. These cotton produce bags can keep produce moist and crisp without using any plastics or chemicals. Vettori also recommends taking the time to learn about composting, if it's possible in your area.

Arcadia Earth says it takes over 1,800 gallons of water to produce one pound of beef, and that switching to a plant-rich diet can practically cut a person's carbon footprint in half. It's a feat that Vettori encourages people to try, and acknowledges that it can be difficult for many.

"I'm Italian, I grew up with barbecue," he says in sympathy. "When I had to change my cuisine, it was a disaster — I didn't know what to make!"

He set out to educate himself and understand how to get rid of the meat in his menu. Vettori credits documentaries like The Game Changers on Netflix, a film that focuses on athletes benefiting from plant-based diets, for assuaging his fear that one could become unhealthy by going vegetarian or vegan.

"Why would you do that, anyway?" he asks with a laugh. "We are here for the marathon, not the sprint." Making such a sudden leap is an easy way for people to struggle with the change and give up, he cautions, which makes them think they won't be able to make it work.

Instead, he suggests taking little steps, "Because no one wants to reinvent themselves overnight." Make a plan that will firmly change your eating habits one at a time. Take meat off the menu and "learn to live with that" by researching alternative recipes with what you have left.

Shopping responsibly and refusing to use single-use plastics are also key to living more sustainably.

The fashion industry uses materials with synthetic fibers that can drain into the ocean and become microplastics. These microplastics are found everywhere — from the water, to the air, and to our food. Arcadia Earth says that the average person unintentionally consumes the equivalent of one credit card per week in microplastics.

Vettori says that people can help reduce microplastics by purchasing a Cora Ball or washing bag that is designed to catch the plastic fibers from clothes. Other environmentalists have suggested resisting the urge to purchase from 'fast fashion' brands like Forever 21 or H&M. Not only do many of these brands carry clothes made of synthetic fabric, but they also hurt the environment by encouraging quick disposal of clothing. According to Arcadia Earth, consumers in the U.S. throw away as much as 24.5 billion pounds of clothing each year. They recommend looking for more sustainable brands that produce more durable clothes made from natural materials. If you're having difficulty finding these brands, DoneGood is one Chrome plugin that might be able to help with your shopping.

Mindful online shopping is required all the way until you press the final button that confirms your order. Ordering goods online can help people stuck in their homes, but the packaging and delivery process doesn't really help the environment much. Package deliveries alone account for over 19 million metric tons of carbon a year, states Arcadia Earth, but that number can be reduced by savvy customers who consolidate their orders to arrive in as few shipments as possible.

It might seem like a lot to think about during a pandemic, but they're important things to consider, Vettori believes. "We have the time now [to make an effort]," he says, which makes this the perfect time to make sustainable lifestyle adjustments that can help both humans and the Earth during this harrowing time.