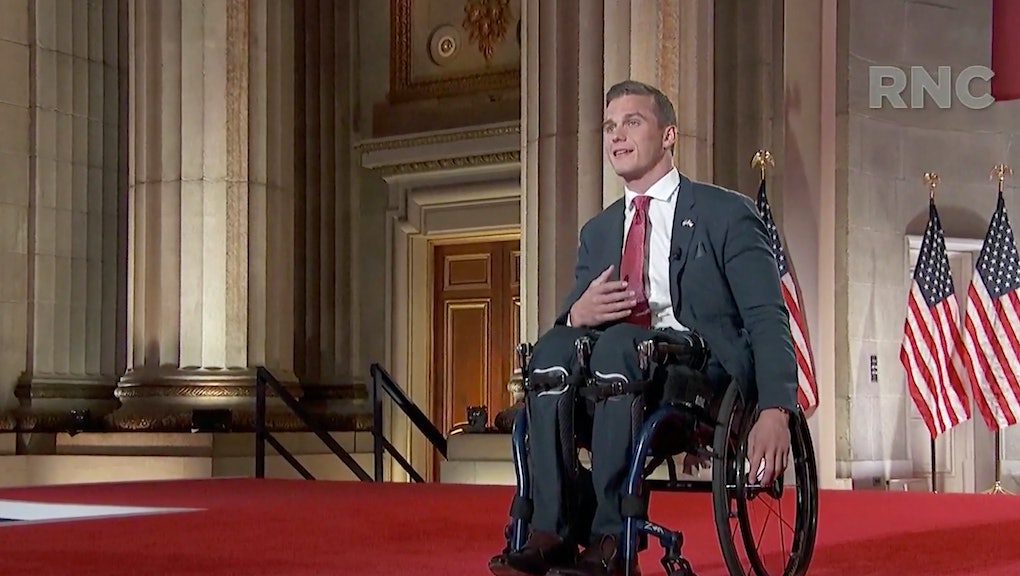 You may remember 25-year-old Madison Cawthorn, the Republican Hitler-admiring congressman-elect. Since winning his election last month, he's been heralded as a rising young voice in the GOP, as evidenced by his Tuesday morning appearance on Fox News, where he weighed in on the upcoming Georgia Senate run-off races that will determine control of the Senate.

Cawthorn specifically attacked Democratic candidate Rev. Raphael Warnock, referring to Warnock, a reverend, a life-long Georgian, and now candidate for the U.S. Senate, as "this Warnock fella" who "says he's a pastor." Warnock is in fact the presiding revered at the famous Ebenezer Baptist Church in Atlanta.

Cawthorn has a, shall we say, checkered history. Perhaps most famously, he visited Hitler's vacation home and posted a glowing review of it to Instagram, but he's also been accused of sexual assault (he denied acting improperly) and made a website that included racist dog-whistles against Sen. Cory Booker (D-N.J.). And make no mistake — the refusal to respectfully name Warnock, coupled with the derisive use of "fella," is itself a contemporary example of the legacies of slavery and Jim Crow, in which white people and white institutions systematically denied Black people their humanity.

Moreover, Cawthorn used his time on television to accuse Warnock of "disguising" himself, implying that the pastor who leads the same church Dr. Martin Luther King Jr. once presided over is lying in order to achieve higher political ground. Again, the language here is critical. Warnock isn't in favor of defunding the police — an important stance to get right, given its immense popularity among the Democratic left wing — and he does support abortion rights, not due to any religious hypocrisy but out of a desire to get government out of the doctor's office. There's also the insidious implication in Cawthorn's remarks that Warnock can't be trusted.

Elsewhere in the interview, Cawthorn said that unlike Warnock, he supports so-called everyday "American values," which presumably means being anti-abortion, which Cawthorn is, and heavily in favor of the Second Amendment, which Cawthorn also is. Of course, most voters support access to abortion, and most Americans also support stricter gun laws.

Still, it doesn't really matter what Cawthorn said exactly. The overall effect — a young, upstart politician spewing Republican talking points and thinly veiled racism on Fox News — is likely to be effective for the GOP, particularly in a race where the candidates themselves have been less than polished. And that, in the end, is the biggest danger of all.