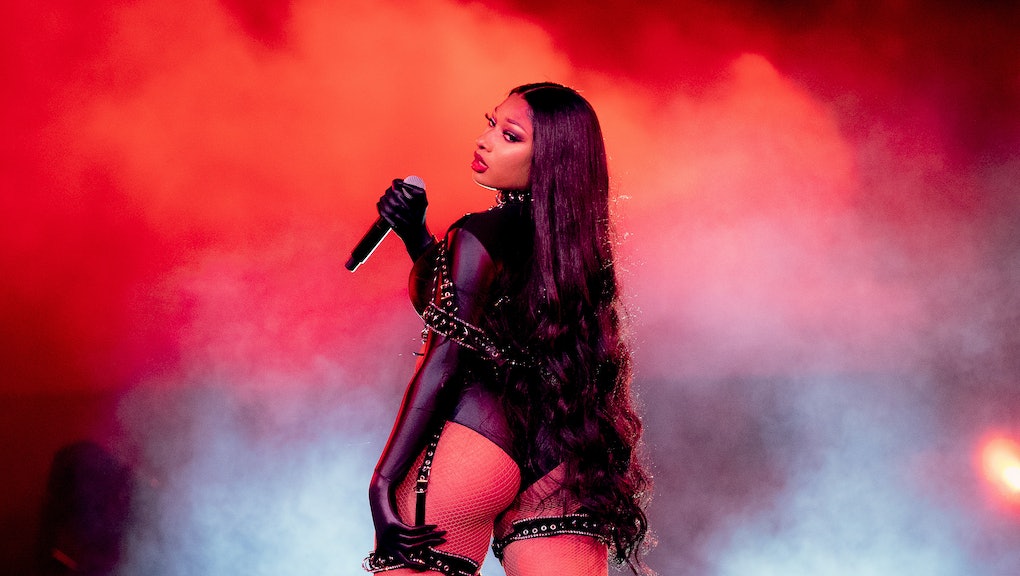 Megan Thee Stallion refused to be bribed by her attacker

Megan Thee Stallion has had a stunningly successful 2020 — and it’s undeniably of her own making, notes a wonderful new cover profile of the superstar rapper in GQ. But one awful incident that’s not of her own making continues to loom over an otherwise triumphant year: the attack where she was shot in both feet after a summertime pool party in the Hollywood Hills.

The man charged with felony assault for shooting her, Tory Lanez, has infuriatingly hitched his own career (and lesser fame) to Meg’s celebrity. But as she divulged to GQ for the first time in her “Rapper of the Year” profile, in the immediate aftermath of the attack, Lanez tried to buy her silence.

Megan Thee Stallion, real name Megan Pete, recounted the details of that night with harrowing precision during her interview with writer Allison P. Davis. She said it was almost random that she and a friend hopped into an SUV with Lanez to head home — she didn’t even think to throw on clothes over her swimsuit. A gut feeling told Pete to get out of the car and call for another ride home. But her phone was dead, and her friend told her to just get back in. So she listened.

When a dumb argument started brewing, Pete said she tried exiting the vehicle again. And this time, seemingly out of nowhere, Lanez started shooting at her, hitting her in both feet. “Like, I never put my hands on nobody,” Meg told GQ. “I barely even said anything to the man who shot me when I was walking away. We were literally like five minutes away from the house.”

Right after he shot, Lanez begged Pete and her friend not to say anything. “[At this point] I'm really scared,” she said, “because this is like right in the middle of all the protesting. Police are just killing everybody for no reason, and I'm thinking, ‘I can't believe you even think I want to take some money. Like, you just shot me.’” (Lanez’s lawyers denied to GQ that he tried bribing Pete for her silence.)

That fear of reactionary police violence, of course, is why Pete decided to tell first responders she’d cut her feet, not that she’d been the victim of gun violence. The rapper speaks eloquently of the unfair burden placed on Black women, in particular, in these situations — where they’re expected to shoulder the responsibility of others’ safety at the sacrifice of her own — throughout her interview with GQ.

“Like damn, I have to be tough through all this? All the time? It was like, who really checks on us or who protected us? You just go your whole life with that mentality,” Meg said. “I feel like a lot of Black girls learn that early. I did. I do that a lot.”

What’s absolutely marvelous, however, is that Megan Thee Stallion found the strength to channel her trauma into an urgent message about how Black girls and women ought to be treated, which she spreads through her art and her expansive fandom.