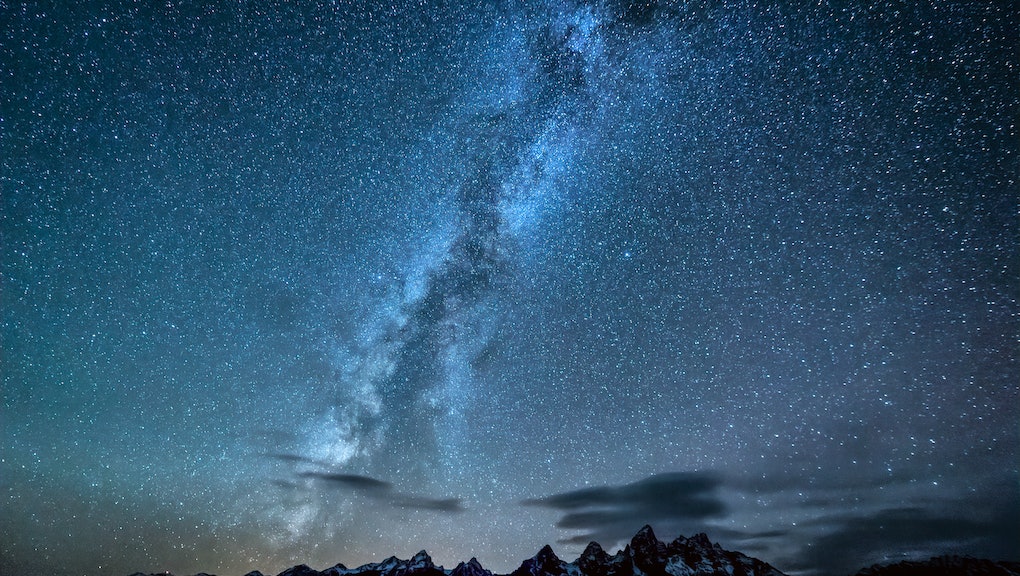 When you've been quarantining for weeks on end and the walls around you start to feel like they're closing in, losing yourself in the dream of getting the hell off this planet is a fantasy worth indulging. Think about it: The vast emptiness of space where no sound can reach you, the sensation of gliding through the air without gravity to weigh you down, and stargazing without any city lights to ruin the view.

Thankfully, there are a good number of documentaries about the mysteries of space and the people who've been there to soothe our beyond-Earth curiosities. Here are a handful of space-related documentaries recommended by Mic.

The Cassini-Huygens spacecraft orbited Saturn for 13 years, from 2004 to 2017, taking pictures, recording, and sending back an enormous amount of data about the famously ringed planet. But with great ability comes great responsibility — specifically, the responsibility to avoid contaminating any of Saturn's potentially habitable moons after it ran out of fuel.

And so, after spending over a decade helping scientists study Saturn, the Cassini ended its mission with a final dive toward the planet's atmosphere. It continued taking pictures even as it fell to its death, sending back its last photos, before breaking apart.

NOVA, an award-winning documentary series, has captured the essence of the Cassini's mission by focusing on the data it provided. Thanks to the Cassini, researchers now understand more about Saturn's 60-plus moons, its rings, and the planet's atmosphere.

NOVA: Death Dive to Saturn is available on Netflix here.

Behind each mission to space is a huge supporting cast. The people who make up the mission control center may not get the public glory for reaching space, but they are an important half of the success nonetheless.

In Mission Control: The Unsung Heroes of Apollo, the people who staffed mission control during the Apollo missions take center stage. Some had a military background, some were country boys, but all came together as a team that was powerful enough to send astronauts into space and back.

Mission Control: The Unsung Heroes of Apollo is available on Netflix here.

Black holes are an immensely mysterious phenomena. They're not so much physical objects as they are pockets of space with gravity strong enough to consume light. This makes them invisible against the darkness of space, leaving researchers to pinpoint them in other ways.

NOVA's documentary is a little dated — there have been a lot of discoveries about black holes in the past two years! — but still serves as a pretty good primer to what they are and some of the physics behind them.

What if the first astronauts in space weren't men, but women? That is the question Mercury 13 asks as it examines a team of 13 women who passed all physical tests necessary to qualify as astronauts, but were eventually set aside as the government's plans for space focused elsewhere.

The women were not part of an official NASA program, but their testing was led by a doctor who conducted the physical testing for NASA's astronauts. According to an interview by The Verge with historian Margaret Weitekamp, of the Smithsonian National Air and Space Museum, the doctor became curious to see if women were physically capable of passing the same tests necessary to send them to space. His privately funded project ended up revealing that the women actually did better than men in terms of cardiopulmonary function, isolation tests, and sensory deprivation tests.

"The idea that women could be included in spaceflight had been a popular discussion both in medical circles and in general popular culture in the late 1950s," Weitekamp told The Verge.

Mercury 13 is available on Netflix here.

Only twelve people have ever set foot on the moon. Captain Eugene "Gene" Cernan was the eleventh and, as the last astronaut to climb back into lunar module, he was technically the last man to leave the moon. In this biographical documentary, filmmakers put a spotlight on Cernan to reveal how reaching outer space was both his greatest achievement and a source of some of his greatest sorrows.

"[R]efreshingly, it doesn't turn into yet another plea to restart a lunar program," wrote a reviewer for The New York Times. "Instead, Captain Cernan reflects on the personal cost of being an Apollo astronaut: the long absences from his daughter; the eventual broken marriage. He vividly remembers that along with his triumphs came regrets."

The Last Man on the Moon is available on Netflix here.

In 2017, a total solar eclipse traveled across the U.S. for the first time in nearly 100 years. As people (most of them wearing protective eyewear) watched the uncommon event, U.S. scientists were using it as an opportunity to study solar eclipses. NASA went nuts, launching a whopping 11 ground-based missions across the country. The missions included a pair of airplanes to chase the eclipse's path, weather balloons to examine the Earth's atmosphere during the event, and ground measurements to study the sun's visible corona during the eclipse.

The documentary by NOVA covers some of the projects these scientists conducted, what kind of information it gave them, and what they learned about our own sun.

NOVA: Eclipse Over America is available on Netflix here.

Landing on Mars isn't something only rich dudes like Jeff Bezos and Elon Musk can dream about. The next generation is planning for it, too. In places like Space Camp, teenagers are learning physical skills, engineering, and scientific concepts that could help them become part of a Mars mission someday.

The director of the film, Michael Barnett, was blown away by these teens' passion for space and hoped a documentary could drum up more support for NASA and space exploration.

"What I thought I knew about space was annihilated by their knowledge," Barnett told Space.com. "They interpreted it and processed it differently, and they were unified in their frustrations of NASA and the bureaucracy of what's held us up in exploration."

The Mars Generation is available on Netflix here.

This article was originally published on May 14, 2020