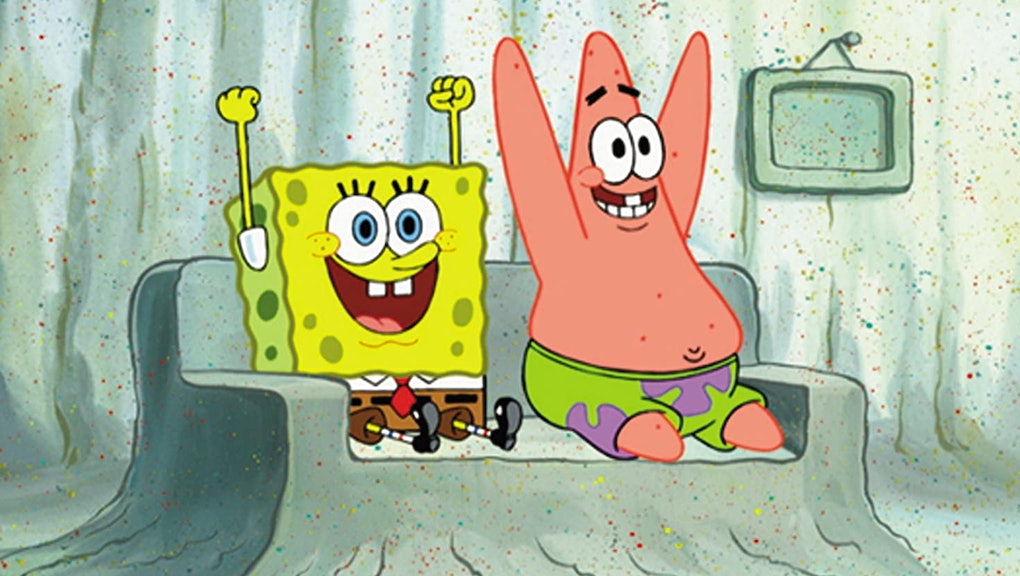 Kids’ cable programmer Nickelodeon made an exciting declaration over the weekend. Spongebob Squarepants’s yellow porous visage is the face of the channel’s LGBTQ+ Pride post on social media — which fans took as confirmation that the beloved pineapple-dwelling sea sponge is queer.

The post features a rainbow-hued illustration of Spongebob by the artist Ramzy Masri. The other images in the carousel are of Henry Danger actor Michael D. Cohen, who is transgender, and the animated character Avatar Korra from The Legend of Korra, who identifies as bisexual. Nickelodeon’s caption reads, “Celebrating Pride with the LGBTQ+ community and their allies this month and every month.”

People have speculated on Spongebob’s sexuality forever. In the early 2000s, creator Stephen Hillenburg was asked whether his character was gay, and the former marine science teacher said he thought of Spongebob as asexual, much like an actual sponge.

Hillenburg died in 2018, meaning the matter of definitively categorizing Spongebob’s sexuality will likely remain unresolved. But let’s be serious — that’s fine. He’s a fictional cartoon sponge, not an actual autonomous being. If Spongebob were real, he wouldn’t owe you any explanations about his gender identity, anyhow. Let the tiny yellow dude live, sheesh.

Spongebob’s “coming out” is just the most recent awesomely progressive thing Nickelodeon has done lately. On June 1, the cable channel went off the air for eight minutes and 46 seconds in tribute to George Floyd. In place of its usual programming, Nickelodeon played a stripped-down video featuring the words, “I can’t breathe,” contrasted against a black background. The sound of breathing accompanied a timer clocking the passing seconds and minutes.

Some people criticised the cable programmer for potentially scaring children with the powerful PSA, arguing that Nickelodeon wasn’t the right platform for such a political message. The network shut down one critic on Facebook by responding, “Unfortunately, some kids live in fear every day. It's our job to use our platform to make sure their voices are heard and their stories are told."

As lots of millennials can attest, Nickelodeon has long had a powerful place in the kids’ TV canon. With such sobering current events in the news, it’s hopeful to see an institution that traffics in distraction and diversion take a stand and support young people in meaningful ways.

More like this
The bittersweet success of 'Shang-Chi' after a year of pandemic-fueled Asian hate
By Brandon Yu
Even in death, Michael K Williams was, and still is, Brooklyn for life
By Keith Nelson Jr.
Issa Rae's 'Insecure' is coming to an end — but the show has taught us a lot
By Keith Nelson Jr.
Stay up to date