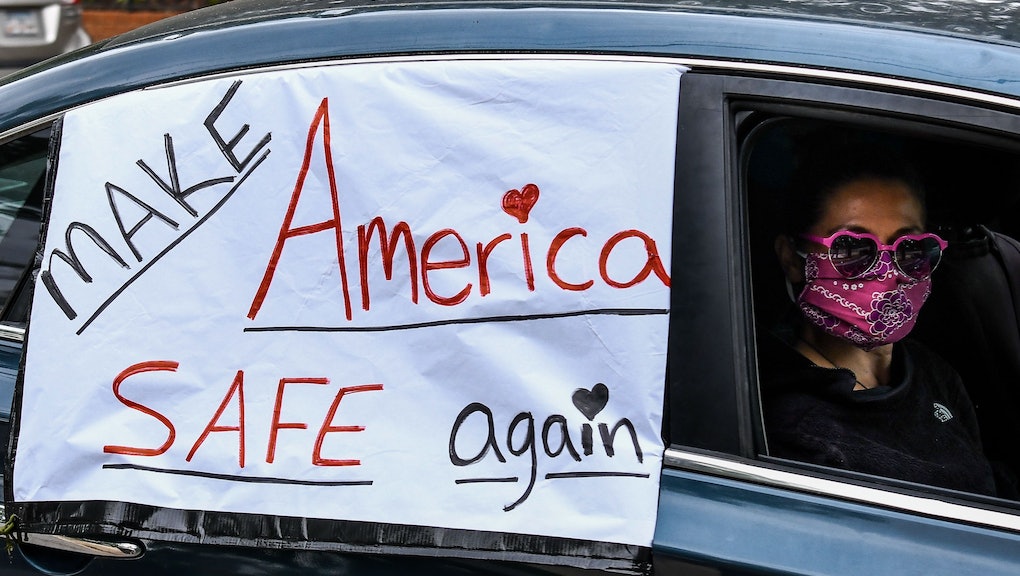 Over the last few weeks, while data has increasingly shown the disparate impact of the COVID-19 crisis on Black communities, the white-led movement to reopen states has gained momentum. “This particular decision is not a choice between the lesser of two evils,” wrote Michael Hariot for The Root. “Instead, they are openly stating their willingness to sacrifice Black lives for white prosperity.”

This pandemic has laid bare the existing power differentials of this country: by race, by gender, by class, by age, and at the intersection of them all. But what’s clear to us as leaders of progressive youth organizations — the NAACP Youth & College Division and the Roosevelt Network, respectively — is that the outcomes we get at the end of this crisis are based on who we give power to during this crisis. We’re in a moment in which we have to reimagine our society, economy, and democracy — and as we fight for broader representation and a more equitable country, we must specifically empower young Black policymakers at the center of our movement.

Representation within institutions doesn’t automatically change their power dynamics. But at the federal level, it’s leaders like Reps. Ayanna Pressley (Mass.) and Rashida Tlaib (Mich.) who are at the forefront of the fight against corporate power and racism in our nation’s pandemic response thus far. Their leadership is proof that the 2018 midterm elections — and the election of young people of color, women, members of the LGBTQ+ community, indigenous folks, and immigrants — mattered immensely.

But as we’re seeing, they are up against powerful, and often structural, barriers to policy reforms that would help their communities. While the federal government issued massive bailouts for large, mostly white-owned, businesses, 90% of small businesses run by people of color will be shut out of the Paycheck Protection Program by one nonprofit’s estimate.

At the same time, young people have seen little to no relief. Student debt holders received only a short pause on their student loan repayment plans. Black borrowers will face a greater burden: On average, a Black graduate must take on $7,000 more in debt compared to white graduates. Unless upcoming federal relief addresses the needs of young Black people, pre-COVID inequalities — including lack of access to proper health care, increased unemployment, and the widening racial wealth gap — will persist.

In Southern states like Georgia and Texas, we are seeing simultaneous attacks on democratic rights and the health and safety of the Black community. The pandemic has exacerbated existing health disparities within the Black community and highlighted the lack of access to proper health care. Nearly half of the COVID-19-related deaths in Georgia have been African Americans, and Republican Gov. Brian Kemp’s decision to reopen the state without an inclusive safety plan neglects the well-being of the Black community.

Young Black people have largely been denied access to the halls of power. And when they are given access, they’re often not given power to advance their ideas.

As Amari Fennoy, president of the Georgia NAACP Youth & College State Conference, told us, young Black people are concerned with the availability of testing and mask distribution: “At the beginning of this epidemic, the CDC told Americans to wear whatever they have, like bandannas. African Americans do not have the luxury of walking around Georgia with bandannas to protect themselves without others seeing them as a suspect or threat.”

As we get closer and closer to the November presidential election, we must grapple with the pre-existing issues of youth voter access. In Texas, the lack of online voter registration will have even sharper effects on first-time voters during this pandemic. With support from the NAACP Youth & College Division and Jolt Action, young Black and brown students are currently building coalitions and advocating against their state's outdated political process.

The racial injustice of the pandemic is not just a problem in Southern states, or those with conservative governments. In New York City, communities of color — disproportionately on the frontlines in essential jobs — are being disproportionately killed by the virus and are facing the most aggressive social distance enforcement. In Philadelphia, a Black man was brutally dragged off a bus for not wearing a mask; in St Louis, two Black men were kicked out of a Walmart for wearing masks. (TW: These link to videos of police harassment and brutality). This increased policing in Black communities is happening at the same time armed, right-wing militias are able to storm state capitols.

What’s clear is that across the board, Black communities are facing the consequences of decisions made for them — not by them. The kinds of reforms needed to keep people safe are well-known, and championed and supported by young people of color: mandated consultation with public health officials in reopening plans, greater financial support for individuals and families, universal health care, national vote-by-mail access and online voter registration, and full student debt cancellation. But despite their belief in these ideas, young Black people have largely been denied access to the halls of power. And when they are given access, they’re often not given power to advance their ideas.

Organizations like ours are working to change that. But we’re up against aggressive voter disenfranchisement, an inaccessible political process, and a conservative youth movement looking to reinforce power structures — arguably an easier task than dismantling and rebuilding them — with far greater resources.

"Black and brown youth must be centered in these policy actions as the pandemic disproportionately impacts their communities and puts their futures at the greatest risk."

At the state level, we’re seeing the consequences of Black leaders being shut out of power. In Georgia, imagine the approach Stacey Abrams would be taking as governor to combat the pandemic, and compare that to what Kemp is currently doing. Kemp’s victory, fueled by voter suppression and manipulation of government power, is now directly responsible for the disproportionate impact COVID-19 is having on the state’s Black communities.

Abrams — founder of Fair Fight and the Southern Economic Advancement Project — exemplifies why student and youth organizations like ours do the work that we do. "Youth activism has been central to my life, from work on youth poverty issues as an undergraduate at Spelman College to current projects like Fair Fight's youth democracy initiative," she told us. "Now, more than ever, we need young people to inform policy as COVID-19 reshapes their economic prospects and affects the health of their loved ones. Black and brown youth must be centered in these policy actions as the pandemic disproportionately impacts their communities and puts their futures at the greatest risk."

We need more young Black elected officials. We need more young Black staffers, researchers, policy analysts, lobbyists, judges, and clerks — voices necessary to enhance, move, and demand a Black youth policy agenda now and for generations to come. And we need the progressive movement to give power to young Black people to rewrite the rules that impact their communities the most.

Here are some ways to start: Become a member of the NAACP Youth & College Division or the Roosevelt Network. Register to vote and fill out the census. Think about running for office yourself or joining a local advocacy initiative or participating in digital organization action. Or all of the above. We can build the power we need to rewrite the rules. Let’s get started.

Katie Kirchner is the national director for the Roosevelt Network.

Wisdom Cole is national organizing manager for the NAACP Youth and College Division.