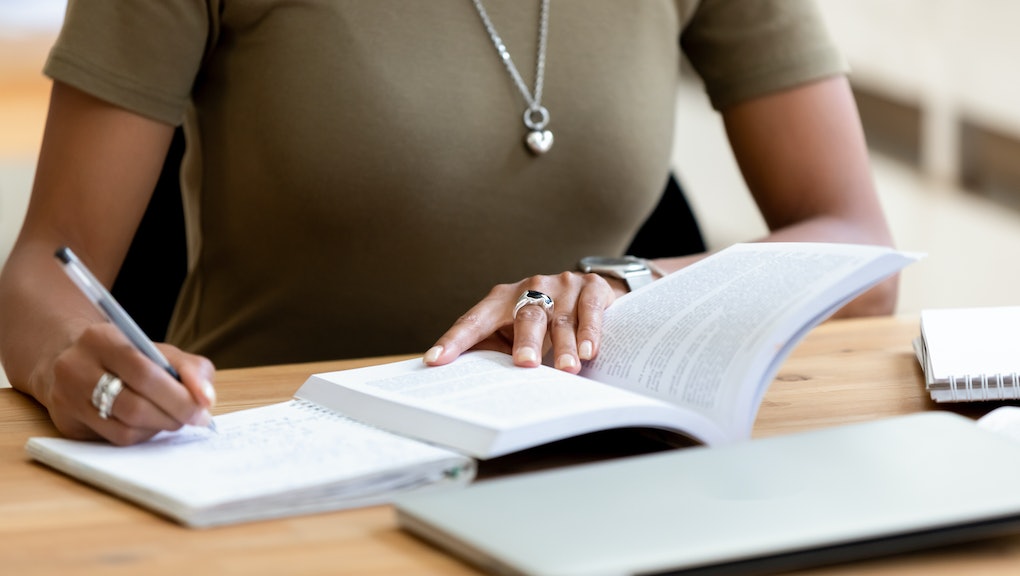 In the United States, the rate of suicides hit a 50-year high in 2017, according to the Center for Disease Control, and was the second leading cause of death for people aged 10-34. With such harrowing statistics, some states are looking for ways to provide resources to students who may be managing mental health issues. In late June, a group of Oregon teens were successful in lobbying for a new law that will allow students to take excused mental health days during the school year.

Under the law, which took effect on July 1, Oregon students can take up to five days of excused absences for mental health every three months. The days will be included under the umbrella of other excused absences and students will also be allowed to make up tests they missed during their days off.

Hailey Hardcastle, a recent Oregon high school graduate who lobbied for the law, had a personal investment in getting the new law passed – many of her friends struggled with mental health issues in high school. "There were times when I saw them at school when they really shouldn't have been there, [and it] would have been much better for them to take a day off,” Hardcastle told Today on July 23.

Oregon's new law is one of the first of its kind in the country. The other state to pass a similar law is Utah, which added an amendment to their absence policy that allowed illnesses "mental or physical" to be valid excused absences. In 2009, Minnesota passed a law that excused missed school days for K-12 students for conditions that “require ongoing treatment for a mental health diagnosis,” according to the New York Times.

"The suicide rates for kids are not going down,” Jennifer Rothman of the National Alliance on Mental Illness told the Times. “They are actually rising very quickly, which I think is making schools think a little bit more about mental health conditions.”

The teens who pushed for the law to be passed were motivated by other young people organizing some of the country's most urgent issues. "We were inspired by Parkland in the sense that it showed us that young people can totally change the political conversation," Hardcastle told the Associated Press. "Just like those movements, this bill is something completely coming from the youth."

Although critics of the bill have said that mental health days are not necessary because students could just use regular sick days, many people feel otherwise. “We need to say it’s just as OK to take care for mental health reasons as it is to care for a broken bone or a physical illness,” Debbie Plotnik, vice president of the nonprofit advocacy group Mental Health America, told the AP.

Not only can mental health days provide much needed relief for students, but it can also help remove the stigma around addressing mental health issues. “Why should we encourage lying to our parents and teachers?” Hardcastle said to the AP. “Being open to adults about our mental health promotes positive dialogue that could help kids get the help they need.”

Oregon Governor Kate Brown signed the law in June, as part of a wider effort to prevent and address youth suicides. Gov. Brown also signed Adi's Act into law last month, which requires K-12 schools to have a comprehensive suicide prevention plan. The law was named after Adi Staub, an Oregon high schooler who died by suicide last year, after coming out as transgender.

Mental health days are just beginning steps to addressing the nation's mental health crises. In a time when teens are reporting that they are managing depression, anxiety, and fears about climate change, mass shootings, and political instability considering mental health to be as important at physical health has become crucial. The hope is that more states will adopt similar policies to the ones in Minnesota, Oregon, and Utah — and think about next steps, such as suicide prevention plans and the implementation of more resources for students and their families.

If you or a loved one is struggling with depression or suicidal thoughts, reach out to the National Suicide Prevention Lifeline at 1-800-273-8255.

More like this
The 6 best meditation podcasts that might actually make you want to meditate
By Tracey Anne Duncan
TikTokers are demystifying ADHD with truth and just enough levity
By Joseph Lamour
This white woman called herself the Queen of Congee for “improving” a 3,000-year-old Asian staple
By Joseph Lamour
Stay up to date