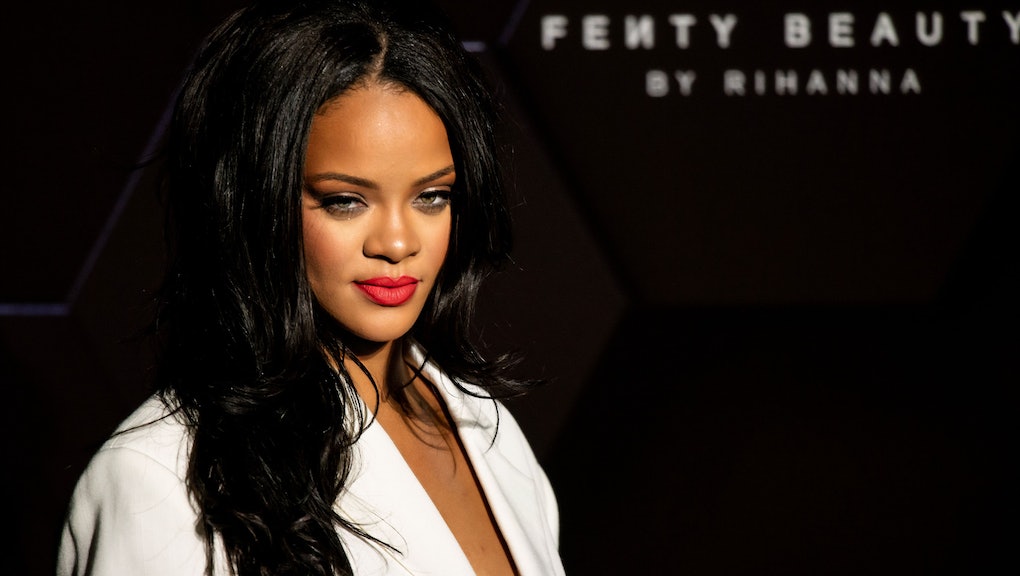 Rihanna and the case for musicians abandoning music for fashion

“Art is all that you are, it’s all that you think, it’s all that you’re made of,” Rihanna says in Savage x Fenty Show, which is now streaming on Amazon Prime. She says it moments before the actual production begins, while we’re getting a behind the scenes look at Rihanna geek out over the details of her lingerie line’s first fashion show.

The brand isn’t Rihanna's only non-musical venture. She also has a makeup line, which continues to sell out at Sephora, and a luxury clothing brand under LVMH that made history as the first brand in the luxury house to be run by a black woman. It would seem as though Rihanna simply doesn’t need to make music anymore. After all, her partnership with LVMH has reportedly generated a $600 million dollar fortune for the 31-year-old musician and entrepreneur. And given how joyful she seemed in the Amazon special, one imagines her new clothing and cosmetics ventures are a satisfying use of her creative energy. She even made t-shirts for her luxury line trolling fans desperate for new music.

I have personally given up on the possibility of ever listening to another full-length studio album from Rihanna. At this point, if she was to decide to bless us fans with new music, it would be like a single cherry on top of a multi-layered, extra thick, banana split.

Besides, it’s not like the music industry has made itself particularly habitable for artists. Labels have been known to take large sums of the profits from album streams, and are notoriously controlling about everything from an album’s release date and imagery, to the type of music an artist makes. As the industry has adapted to streaming, musicians have increasingly relied on touring to make money. The results can be physically and emotionally taxing.

Justin Bieber, Lil Uzi Vert, A$AP Rocky, Kanye West, and Beyonce are among the many major musicians dabbling in the world of fashion. Between sneaker collabs with brands like Nike and Adidas, their own ventures — like Beyoncé’s athleisure company Ivy Park and Justin Bieber’s streetwear-adjacent label, Drew — there’s no shortage of musicians bridging the gap.

“Honestly, in my heart, I think I do this better than music,” Lil Uzi Vert told GQ earlier this month, about his prolific outfit photos that cover his Instagram. “'Cause the music shit is effortless. I actually take my time with this.”

For her part, Rihanna’s Savage fashion show was a revelation. It incorporated music, fashion, dance, and art. Bodies of all shapes, sizes, abilities, and colors were on display. Musicians like Rico Nasty, Big Sean, and Tierra Whack took the stage, too — cementing the growing symbiosis between the worlds of music and fashion.

It’s not that Rihanna can’t make music anymore, it’s that she doesn’t have to. She established herself in a way where she’s not restricted to any singular medium. As an ever-evolving mogul, she’s poised to redefine the industries she tackles. Her Savage x Fenty show could easily outdo the historically dominant Victoria’s Secret Fashion show.

As the music industry continues to change, requiring a more public-facing personality from artists, it only makes sense that artists too will change how they interact with the industry. Even if that means leaving it.