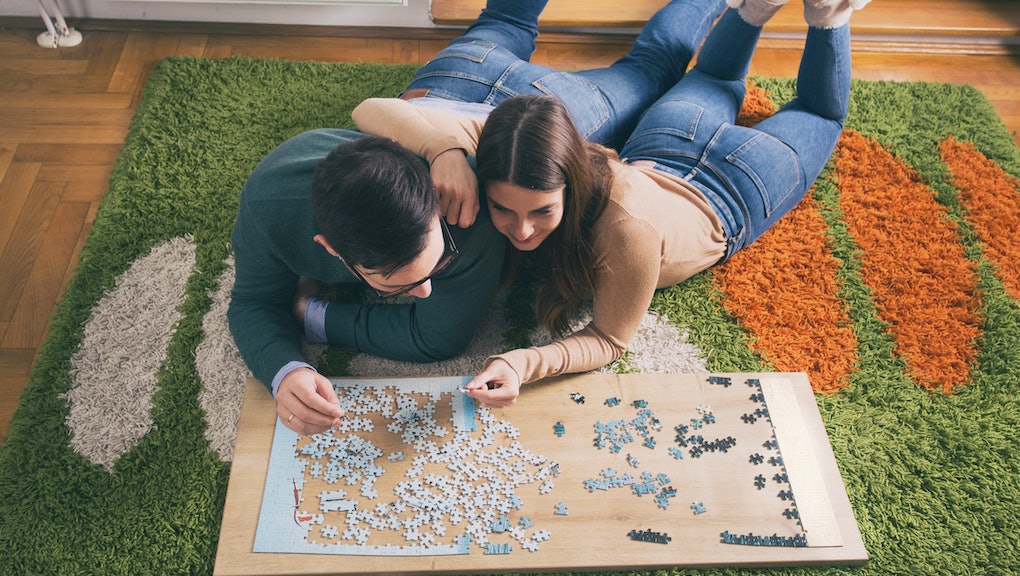 Silver linings: A few things to smile about while we're stuck at home

First thing’s first: the coronavirus pandemic currently affecting the globe, crippling the economy and forcing people into isolation is really, really awful. It has bad, dystopian apocalypse stuff written all over it. The things we take for granted, like nightlife and dining and movies — the fabric of society — may never be the same. There's a reasonable hope that eventually things will settle — though it's hard to tell what kind of normal exists on the other side. In the meantime, it feels like everything sucks.

Things feel like they move at warp speed, but coronavirus has forced us to slow down whether we like it or not. For all of the doom that dominates the news today, there are brief glimmers of light out there. Did you see all the photos and videos of the empty, crystal-clear canals in Venice? That’s not how the waterways normally look there, friends. At least not since tourists and motorboats started clogging the waterways. Long ago, residents of Venice swam in its lagoons, but a 2019 report from the European Parliament described levels of air and water pollution in the historic city as “worrying.” With everyone in lockdown and the canals empty of boats, water there is running clear again, with actual wildlife returning to their former habitats.

Images from the European Space Agency (ESA) show the impact of shutting down restaurants and public gatherings on the air quality in Italy. It shows a dramatic drop in nitrogen dioxide, a common byproduct of vehicles that burn gasoline.

There have also been a number of rays of light shared online as one of the modern era's first truly collective experiences unfold. A Google Chrome extension, Netflix Party, allows you to stream movies with your friends, complete with a chat as if they were in the room. Instagram Live and Tik-Tok have flourished with quarantine memes — content from our time in isolation, reaching out to connect. It's all wonderful to behold and, in small bursts offer reasons to smile through all of this. I mean, look at these penguin exploring an aquarium thanks to coronavirus-related closures.

On a more mundane level, we're starting to see a lot of people rediscovering analog hobbies. There are only so many movies a person can watch on Netflix before the couch begins melding to your backside. In order to stave off cabin fever, lots of folks seem to be picking their childhood hobbies. Puzzles are en vogue right now, which is fantastic because they’re excellent stress and anxiety busters. Lego sets are probably similarly soothing and methodical right about now. Did you love art class as a kid? Go online and order some modeling clay or coloring books. Bust out the old label maker or bedazzler and go nuts. Braid friendship bracelets. Delve deep into your nostalgia trove.

And at least now everyone is (finally) taking cleanliness seriously. I wouldn’t call myself a germaphobe, but I’ve always gotten pretty angry when people don’t wash their hands after going to the bathroom or whatever. While it’d be far preferable to not have a superbug threatening human lives, one small silver lining is that everyone seems conscious of personal hygiene and general cleanliness right now. Not only is everybody washing their hands for two iterations of “Happy Birthday” or whatever, lots of folks are using social distancing as an excuse to get a jump on spring cleaning at home.

Speaking of spring, being quarantined all season means real life could quickly devolve into something akin to The Circle, where we’re only allowed to interact with each other on social media and through screens. On the other hand, the creative ways musicians, museums, fitness studios, and the like have adopted livestreaming as a means of staying connected is inspiring. Suddenly I have quarantine FOMO and feel like I need to start keeping track of the online yoga classes, poetry readings and concerts I want to catch.

A viral tweet from the writer Rosanne Cash takes note of the fact that Shakespeare wrote some of his most prolific work while quarantined because of the plague. While perfectly reasonable to elect not to, honing in on one's talents is a reasonable response to isolation. Now, imagine for a moment all of the supremely talented people out there. Maybe Rihanna will get bored and release a new album to boost morale — we can dream, right?

More like this
The 8 best reality shows you're not watching, but should be
By Brandon Yu
Steve from 'Blue's Clues' gave us the closure we didn't know we needed
By Kara Weisenstein
Live from New York: Revisiting the totally bonkers era of post-9/11 'SNL'
By Rafi Schwartz
Stay up to date