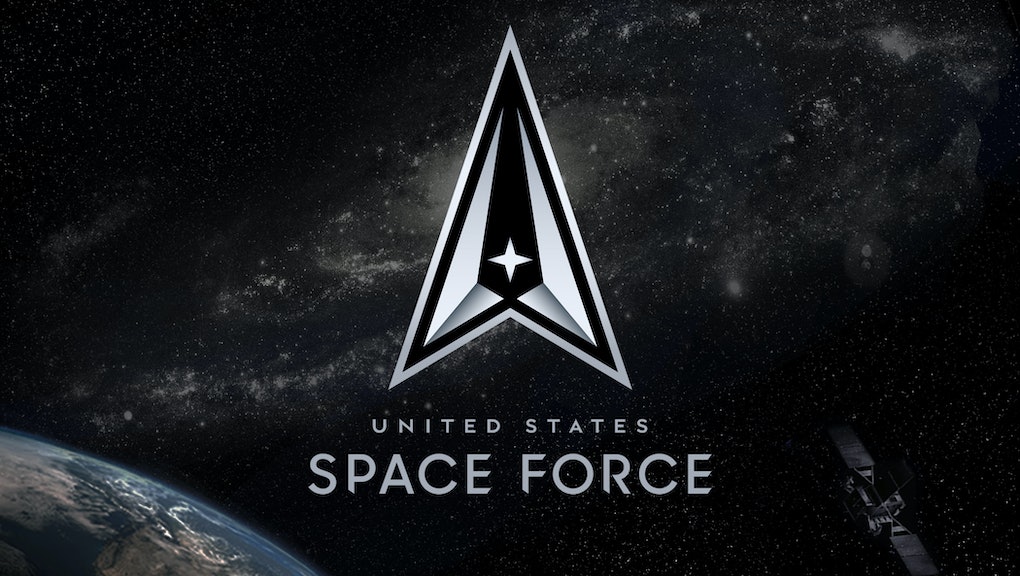 On Monday, the United States Space Force released a 41-page capstone doctrine that finally explains why it exists. The document, dubbed Spacepower, establishes 'spacepower' as a separate military might for which the newest branch of the military is responsible. The document lays out the principles and guidelines that will form the foundation of the Space Force as it continues to develop.

The Space Force used to be known as the Air Force Space Command — a part of the Air Force that was created in 1982 to manage missile warning and space launch operations. On December 2019, President Trump established it as an independent branch of the U.S. military, though it remains a part of the Air Force in a similar way the Marines are part of the Navy. Questions about the Space Force have floated around since it was first introduced to the public, mostly surrounding what the hell its actual purpose is outside of a vehicle for an HBO show that really should have been a lot better than it was.

According to the doctrine, the Space Force is responsible for protecting U.S. interests within the domain of space. The military has officially dubbed this domain 'spacepower' — which might sound like a silly term, but it actually fits right in with the other military domains that the rest of the branches control: Landpower, seapower, airpower, and cyberpower. Up until now, the U.S. military considered space an area related to the other powers rather than its own distinct domain.

So why does the U.S. government care about spacepower? While the document didn't point fingers at any particular nations, other countries have been turbocharging their space programs lately. China and the United Arab Emirates sent rovers to Mars in July; Russia, Japan, and the European Space Agency want to send humans to the moon within the next decade; and private companies like SpaceX and Amazon are sending satellites into Earth's orbit like crazy. Needless to say, space is getting crowded, and the U.S. government believes it needs to start protecting its interests in the final frontier to promote a "peaceful, secure, stable, and accessible space domain" that can contribute to global stability.

"The new capstone publication is tailored to the present reality that our adversaries have made space a warfighting domain," stated the military press release. The document also noted that spacepower can greatly affect other domains; an attack on the U.S.'s space operations, for example, can impact land and cyber operations, making it an important area to have specialized forces for.

These forces, dubbed "space warfighters," are made up of an array of professionals including scientists and explorers who will help the U.S. control the domain through operations such as research and space intelligence missions. And, yes, the warfighters are prepared to kick ass in space if the U.S.'s interests are threatened. As the document succinctly puts it: "Should deterrence fail, military space forces are prepared to fight and win our Nation's wars, in space, from space, and to space."

The Space Force intends to maintain smaller teams that can stay agile and ahead of the pack in terms of space activity, surveillance, and research. Spacepower itself was drafted by a small group of ranked members from both the Space Force and the Army. And because spacepower is global, as the document points out, military representatives from allied nations — including the UK, Canada, and Australia — contributed additional suggestions and ideas.

"It was a coalition of the willing," said Col. Casey Beard in a military press release. "We started work in August 2019 and met every two weeks — brainstorming, debating, building an outline, and assigning sections to draft."

The result is a very thorough doctrine that finally reveals the Space Force as its own branch of the military, while also revealing the concerns the U.S. government seems to have about falling behind in what appears to be a new, global space race.