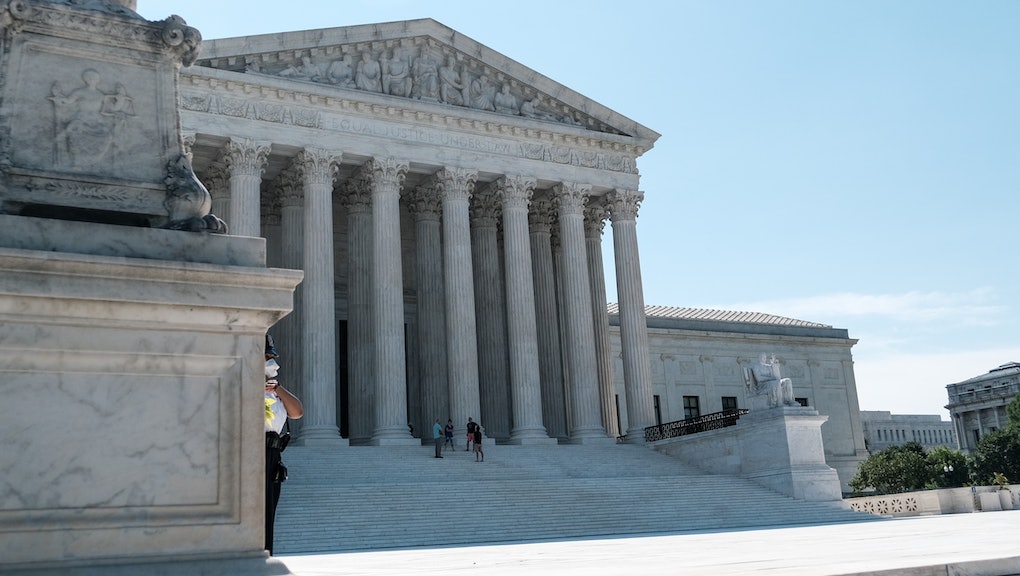 States can punish electors who go against the popular vote, SCOTUS says

Early Monday morning, the Supreme Court decided that states are free to punish and fine members of the electoral college who defy their state's popular vote. The unanimous ruling challenges the independence of what are known as "faithless electors" — individuals who vote for candidates other than the one voters favor.

While the American public votes for who'd they like to see enter the White House, the ultimate decision is made by the Electoral College. In 14 elections since the country's founding, electors have denied the popular vote (their "faithful" duty) and cast a ballot for an opposing candidate. The Supreme Court's ruling means that individual states can legally punish these unfaithful members of the electoral college.

The ruling upholds a Washington State Supreme Court decision that permitted the secretary of state to fine electors who defied election law in casting their ballots for someone other than Democratic nominee Hillary Clinton. Then, three electors attempted to sway the electoral college vote by casting their ballots for Colin Powell, a Republican, in the hopes that doing so would take power away from President Trump. Under state law this move was illegal, and each of the electors were fined $1,000.

In May, the Justices heard oral arguments for both sides, but ultimately ruled that upholding the will of the people is the highest order of importance. "Then too, the State instructs its electors that they have no ground for reversing the vote of millions of its citizens. That direction accords with the Constitution—as well as with the trust of a Nation that here, We the People rule," wrote Justice Elena Kagan. The judgement follows weeks of contentious 5-4 decisions regarding the validity and standing of previous rulings on abortion, immigration, and LGBTQ+ employment discrimination, making the unanimous ruling even more remarkable.

While the SCOTUS ruling only impacts the states that already have a matter of recourse for faithless electors, it lays the groundwork for future election law if other states wish to create their own forms of elector accountability. Washington election law says that the state's top election official, the secretary of state, has the authority to punish faithless electors, as they did in 2016.

Four years ago, a total of 10 electors attempted to sway the final electoral college tally, though only seven were successful. Those seven electors represented states that do not have legislation that vows to punish, remove, or fine electors who do not follow the vote of the people. These individuals were not legally punished and did not change the outcome of the election, but they succeeded in making a symbolic statement.

The ruling also upholds state autonomy as part of the national system of voting. State-run parties have a lot of discretion regarding what the electoral college looks like. Typically, members of a state's electoral college are voted on by parties, and head to the capitol in December to cast their electoral ballot on behalf of a state's voters. Most states, about 32, have laws on the books dictating that electors must uphold the will of the voters and can be punished for not acting in accordance with the popular vote.

With 120 days until November's presidential election, today's ruling establishes some order going into what will surely be a hotly contested election. Many are already concerned that various forms of voter suppression and a vulnerable vote by mail system may potentially hinder the people's vote. Though the electoral college is an imperfect system — notably two of the past three presidents did not win the popular vote in one of their elections — the SCOTUS ruling casts out a state's inability to challenge electors who don't listen to the people's voice.

More like this
Supreme Court justices' political leanings: A guide to the 2021 court
By Vanessa Taylor
Here's a chilling peek into just how close Trump got to running a police state
By Rafi Schwartz
Marco Rubio wants to give survivors of domestic terrorism … one year of student loan relief?
By Rafi Schwartz
Stay up to date