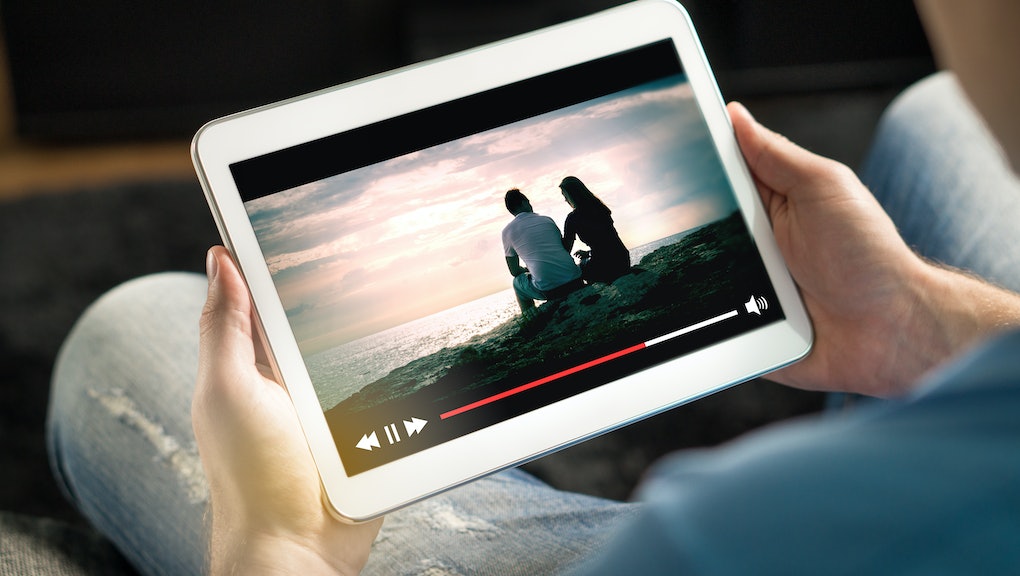 In a few months, the idea of just being subscribed to Netflix is going to seem quaint. We're on the brink of a streaming video explosion. New services like Disney+, Apple TV+, HBO Max and a streaming platform from NBC are on their way over the course of the next year. All of the streaming services will have their own original programming, classic titles, and price tags that make subscribing to all of them completely nonviable for most people.

As more services pop up, people are going to have to start making choices about what they're willing to pay for. According to a recent survey conducted by Morning Consult, most consumers are only willing to shell out between $17 and $27 each month for all streaming services combined, with an optimal price of $21. That's going to put the current dominant forces in the field in quite the bind as new competition sprouts up and siphons off paying customers. It will also put viewers in a precarious situation where they have to choose not just what content they want to watch, but what their point of reference will be going forward. When a new season of Stranger Things drops and the internet goes wild, people who chose not to subscribe to Netflix will save their cash but cost themselves some cultural cache in conversations with others.

Netflix has steadily raised its price over the years up to $12.99 per month for its standard subscription package, and may already be at a breaking point for many people who aren't willing to go much higher for the service. The company's biggest competitors, Amazon Prime Video and Hulu, cost considerably less. Amazon Prime Video is $8.99 as a standalone service — though many people have access to it as Prime subscribers — while Hulu starts at as low as $5.99 per month for its ad-supported version. Subscribing to all three creeps just above the preferred price range for most consumers, according to Morning Consult, totaling $27.97 per month — but any combination of two out of the three services puts you nearly right at or a bit below the ideal price point of $21 per month.

That math is going to change mighty quickly, though. The launch of Disney+ — Disney's looming giant of a streaming platform that will house the company's huge vault of classic content plus originals that take place across the Star Wars, Marvel, and Disney universes — is set to launch on November 12 at a price point of $6.99 per month. Apple TV+ will be hot on its tail, if not arrive a bit earlier (Apple has only said its service will be available sometime this fall) and will bring a lot of heavy hitters including Oprah and J.J. Abrams who will create original shows that should garner quite a bit of attention. There has been no indication of what the price will be, but given Apple is investing more than $1 billion into its programming and the company typically focuses on creating premium products, it's easy to imagine it be closer to Netflix's price point than Hulu or Disney+. Then there's HBO Max, a streaming service that will combine HBO's deep bench of beloved franchises, content from Turner networks like TNT, TBS, CNN and will supposedly eventually have live sports and other events. The service will arrive in 2020 and will likely be the steepest priced of all the available options, rumored to be as much as $17 per month. And, of course, there is NBC's streaming platform set to launch in April for an unknown price. It will surely win over at least some people simply because it will have exclusive rights to the entirety of The Office, which is really all some people need. That doesn't even include other streaming options like ESPN+ ($4.99 per month), CBS All Access ($5.99) and a hodgepodge of other fringe services that cater to specific audiences.

If you did the math along the way, you probably figured out pretty quickly that all of those streaming services add up to well over $21. In fact, if you wanted to subscribe to all of the biggest streaming platforms once they become available, you'd be paying, at a minimum, about $68 per month, assuming every service stays on the low-end of their rumored price points and you don't opt for any premium version of any of the services. That's more than three times the "optimal" monthly price that people are willing to pay for streaming services.

Of course, that price point does fall about into the range of what most people pay for a cable subscription. Morning Consult found that a plurality of people — 34 percent — pay between $51 and $100 for cable and a vast majority — 84 percent — pay more than $50 for it. It used to be thought that streaming services would eventually kill off cable because it would offer the ability to select what you want to watch a la carte instead of paying for bundles of channels that you have no use for. And while that is happening — a recent report from the Motion Picture Association of America (MPAA) found that more people subscribe to streaming video services than cable — the problem is that the price point hasn't changed. People have more choices over what content they want, but to get all of it, they still have to pay the premium they would for cable.

Of course, with streaming services, there is the ability to subscribe and unsubscribe at any time. You aren't locked into a contract with any sort of ridiculous kill fee like you might see with a cable subscription. That provides the flexibility to get a service for a month, binge whatever show everyone is talking about and ditch it before you get hit with an extra month of charges. It's certainly not convenient, but it is doable.

Unfortunately, as more of these services sprout up, some consumers will get left behind. Netflix has already seen low-income household jump ship from its service as the price has increased. Those consumers will likely go without access to many of these platforms. On its surface, that doesn't feel like a big deal, but there is value in being in touch with pop culture. It's a currency in conversations, and it can provide common ground between people who are otherwise divided by things like race, religion, gender identity, sexual identity, and class. The idea of media touchstones, the shows or movies that everyone watches, are going to go away simply because some people will be walled off from them. That's a change that is hard to account for when deciding which services you'll subscribe to for the coming month.

More like this
UFOs are real but might not be aliens — and that's somehow more terrifying
By AJ Dellinger
Bill Gates is yet another reminder that wealth is not a virtue
By AJ Dellinger
What is facial recognition — and why is it so sinister?
By Vanessa Taylor
Stay up to date