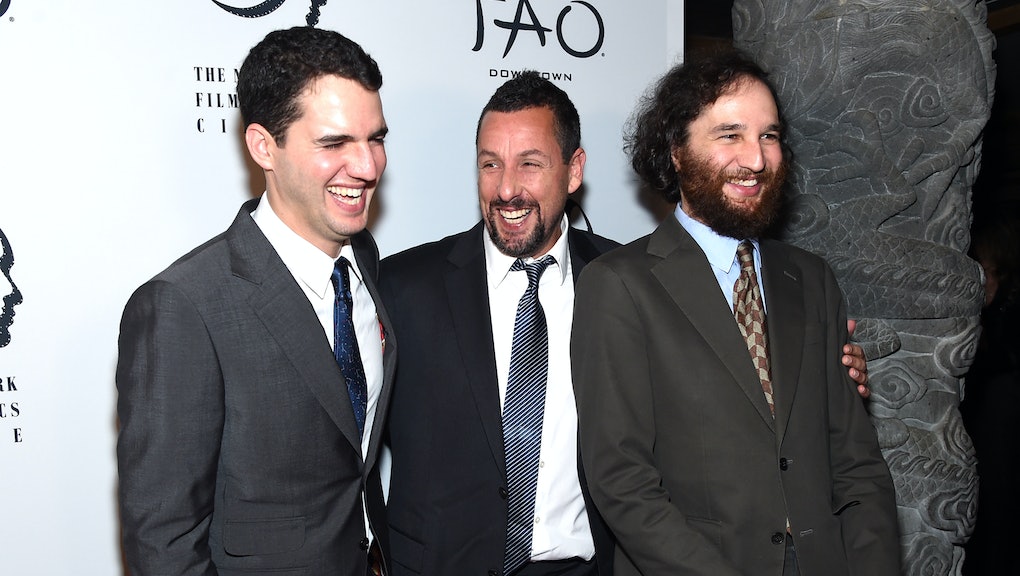 Uncut Gems got wholly, thoroughly snubbed by the people who dole out little gold men when the Oscars were announced on Monday. But Josh and Benny Safdie, the sibling writer-directors of the crime masterpiece starring Adam Sandler, seem nonplussed.

On Thursday, four days after Uncut Gems, their diamond district opus, didn’t get nominated for any Academy Awards, the Safdie brothers dropped a quirky new short film starring Sandler, titled Goldman v Silverman, that doubles as a hushed “fuck you” to The Academy.

The short centers on Rod Goldman (Sandler) and Al Silverman (Benny Safdie), rival street performers working the tourists of Times Square. “Goldman gets no respect and Silverman is the first one to make sure of that,” the film’s description reads. Goldman executes some shaky moves, and Silverman heckles him: “You gotta learn what you’re doing, pal, before you do it.” Goldman tells him he “better fuckin’ walk away.” Neither of them walk away richer, per se.

Stylistically, Goldman v Silverman shares a lot of its DNA with Uncut Gems. There are a lot of blue and amber-hued shaky-cam shots of Midtown at night. The new short feels like a small condolence prize for fans — or a “thank you” for all the box office support and Twitter outrage.

The Safdie brothers tweeted on Thursday that they’re working on screening the short film at theaters where Uncut Gems is playing as a post-show bonus. They’ve already confirmed it’ll be running at Metrograph in New York City this weekend.