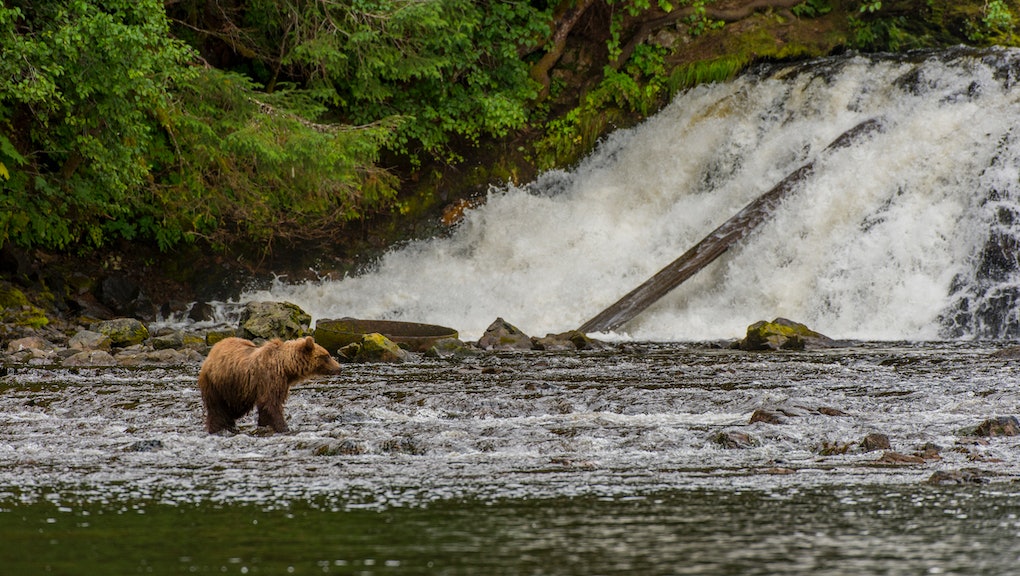 At 16.7 million acres, the Tongass National Forest in Alaska is the country's largest national forest. It serves as a massive carbon sink for the area; a 2006 study found that it absorbed an amount equal to 8 percent of the total carbon stored in the forests of the continental U.S. The rainforest is home to trees estimated to be anywhere from 300 to 1,000 years old.

On Wednesday morning, President Trump stripped protections for the entire Tongass, opening up over 9.3 million acres to logging and other development. Critics consider this move one of the largest environmental rollbacks the president has ever enacted. Environmental law groups, such as Earthjustice, have already vowed to fight back.

President Trump's reversal of protections comes within two weeks of signing an executive order to join the One Trillion Trees Initiative — an international campaign encouraging governments around the world to grow, restore, and conserve trees.

"This [One Trillion Trees] executive order is yet another action that President Trump has taken to enhance our conservation efforts and improve our environment," a statement from the White House read. "This week's announcement further demonstrates President Trump's commitment to protecting, preserving, and regenerating one of our most important assets: trees."

Given the president's latest actions and continued massacre of environmental protections, his commitment to "trees" should be taken with a heaping dump truck of salt. His rollbacks have weakened protections against wastewater dumping, mercury emissions, and air pollution, as well as loosening up fuel efficiency standards, climate change assessments, and much more.

Much of this seems to be fueled by money and a desire for more industry access. Alaska's panhandle depends mostly on fishing and tourism for its revenue — these industries employ 26 percent of all workers in the area — but both industries have been hard-hit by the pandemic. In comparison, logging and timber only employ 1 percent of the workforce.

Alaska's representatives have been keen on changing that. Governor Mike Dunleavy and Senator Dan Sullivan, both republicans, pushed the president to drop the protections, saying it would improve the economy in Alaska's panhandle. Senator Lisa Murkowski also praised the idea when it was drafted last year, stating it was "important for a wide array of local stakeholders" who wanted to "create sustainable economies in Southeast Alaska."

But this action is a slap in the face for Alaskans who have already expressed their opposition to their representatives. Nearly 96 percent of all public comments received about opening up the Tongass were negative, and only 1 percent supported the prospect of opening the lands.

Furthermore, although officials sought to get Native Alaskan support, all five Native tribes withdrew from the process when it was evident that the plans would open up the entire national forest.

Tribal leaders wrote: "We refuse to allow legitimacy upon a process that has disregarded our input at every turn."

There is some hope that a new presidential administration could reverse this decision. But logging companies will be allowed to begin cutting down trees on Thursday, giving them a head start on tearing down what some call America's Amazon.