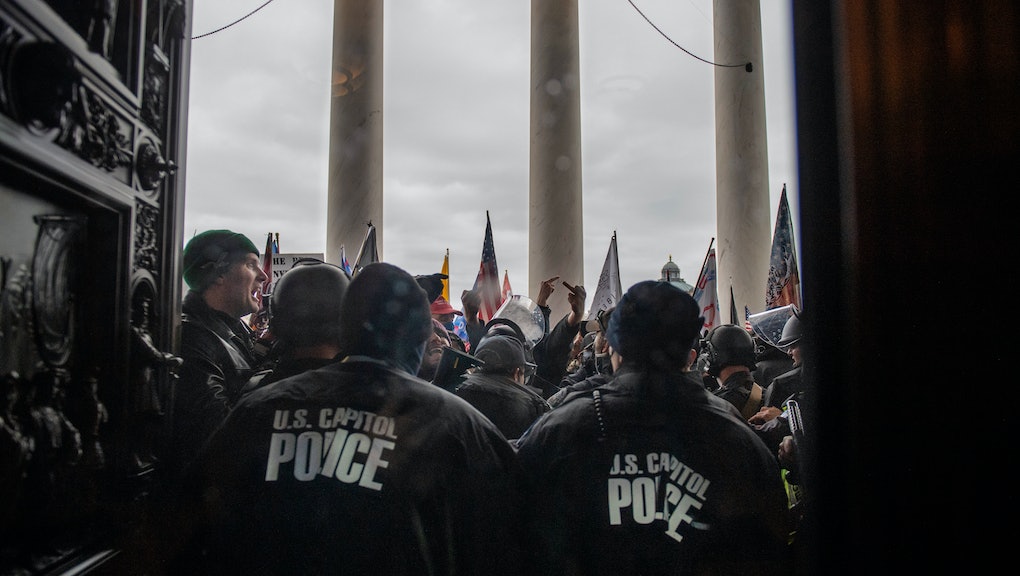 Turns out the feds had a pretty good idea what was coming well before Jan. 6

We're now five months out from the insurrection attempt of Jan. 6, and authorities have still only just begun to breach the depths of what happened that day. This week, we got a few more pieces of the puzzle, when the Senate Homeland Security and Rules Committees released the first bipartisan assessment of the insurrection attempt, detailing a cascading failure by law enforcement and defense agencies to adequately prepare for — and then respond to — the mob that stormed Capitol Hill.

Among those failures, a stunning admission: that Capitol Police were aware of detailed and specific plans for violence on Jan. 6, and that they did not share the full extent of what they knew with other intelligence agencies, hampering the overall ability of the government to make preparations beforehand. In particular, the Capitol Police's intelligence unit was aware that detailed maps of the subterranean tunnel system below the U.S. Capitol complex had been circulating online alongside calls for violence in the days and weeks leading up to the riot.

"Internal records and [United States Capitol Police] officials' testimony confirm that [U.S. Capitol Police] began gathering information about events planned for Jan. 6 in mid-December 2020," the report states. "Through open source collection, tips from the public, and other sources, USCP [Intelligence and Interagency Coordination Division] knew about social media posts calling for violence at the Capitol on Jan. 6, including a plot to breach the Capitol, the online sharing of maps of the Capitol Complex’s tunnel systems, and other specific threats of violence."

"Yet," the committees determined, the intelligence unit "did not convey the full scope of known information to USCP leadership, rank-and-file officers, or law enforcement partners."

Elsewhere in the full report, the committees described the IICD being notified of a "'significant uptick' in new visitors to the website WashingtonTunnels.com" the night before the riot, as well as a post on a pro-Trump blog informing readers that "there are tunnels connected to the Capitol building! Legislators use them to avoid press, among other things! Take note."

Nevertheless, despite these and other specific pieces of intelligence that predicted the violence that subsequently occurred, the Senate committees concluded that a breakdown in communication between various law enforcement agencies, failures to fully announce the threat of violence, and a convoluted process for requesting National Guard assistance all contributed to the chaos that followed.

Crucially, while the report deals in great detail with the operational and planning failures that coalesced on Jan. 6, it does not assess the motivation and primary responsibility for the insurrection attempt itself. Former President Donald Trump's role, for instance, is hardly mentioned — a conspicuous omission that Republican Sen. Roy Blunt (Mo.) attributed to a parallel Justice Department investigation and the belief among the committees' members that they could "quickly assemble the information about the failure to defend the Capitol."

However, with congressional Republicans content to not probe much deeper into the potentially self-incriminating origins of the insurrection attempt, it remains unclear whether the government will — or even can — do more to explore how Trump himself incited one of the most brazen coup attempts in American history.