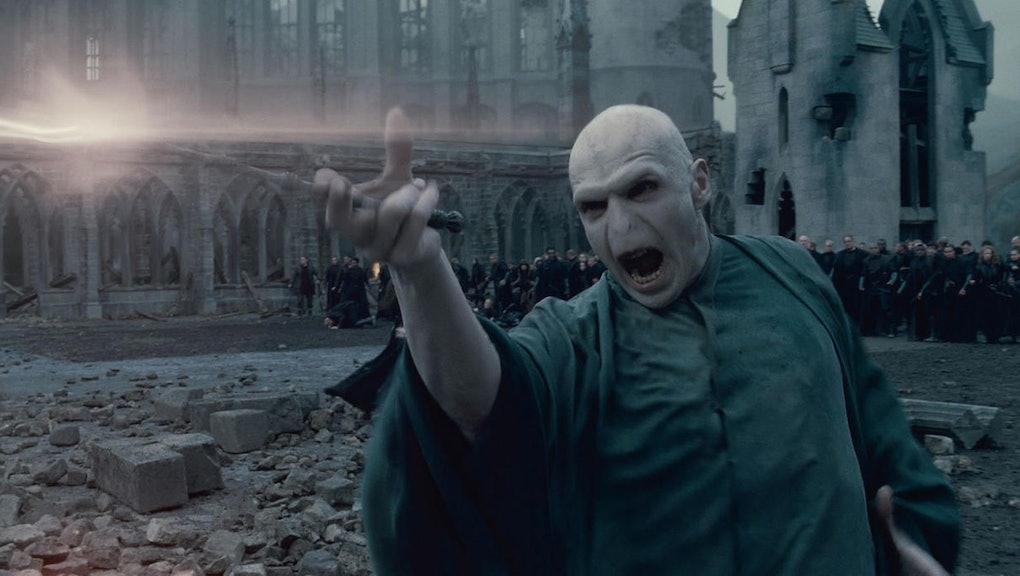 More accurately, Ralph Fiennes, one of the actors who portrayed the villain in the films, told The Telegraph he just doesn't get what Rowling did to deserve cancellation.

“I can’t understand the vitriol directed at her,” he said. “I can understand the heat of an argument, but I find this age of accusation and the need to condemn irrational. I find the level of hatred that people express about views that differ from theirs, and the violence of language towards others, disturbing.”

Why'd you do it, Ralph?! You could have said nothing, but instead you became one of those middle-aged men who feels threatened by cancel culture. Remember the simpler times, when you were just a sexy burn victim in The English Patient?

See, being appalled by the "violence of language" in this situation is massively hypocritical when you consider the startling epidemic of actual violence — verbal, physical, and otherwise — against transgender individuals. We're three months into 2021, and it's already on track to be the deadliest year on record for trans people, and trans women of color are the most vulnerable. That's one of the many reasons Rowling's TERF-y rhetoric — like pushing the insidious notion that transness is an elaborate ruse for men to infiltrate women's bathrooms — is so harmful.

The only other Harry Potter actor to come to Rowling's defense publicly was Robbie Coltrane, who played Hagrid. "I don't think what she said was offensive really," he said. "I don't know why, but there's a whole Twitter generation of people who hang around waiting to be offended. They wouldn't have won the war, would they?" Okay, Boomer.

In December 2019, Rowling tweeted in support of a woman who'd been fired after she posted transphobic comments on social media. Last June, she fired off a series of anti-trans tweets and doubled down with a 3,600-word screed defending her views. As a result, Harry Potter book sales dipped sharply.

Honestly, it's a little dispiriting that the beloved franchise has been tarnished by the bigotry of its creator, but only because the books and films brought so much wonder and comfort to generations of young people. Instead, the young stars who embodied Rowling's protagonists are the artists to admire. As Daniel Radcliffe put it: “Transgender women are women. Any statement to the contrary erases the identity and dignity of transgender people."