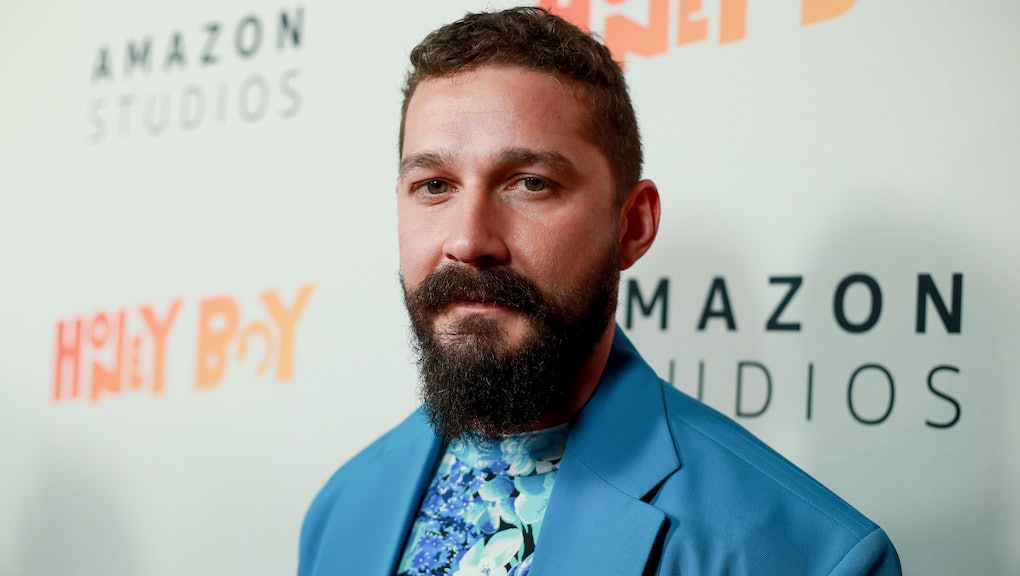 What impact does Shia LeBeouf's political art have in 2020?

Is Shia LaBeouf is the high brow contemporary artist he wants us all to think he is? As a child actor playing leading roles in Even Stevens and Holes? Absolutely. As the lead in Transformers and Eagle Eye? Eh. The answer becomes murkier when it comes to LaBeouf’s forays into performance art; most recently his long-running project, HE WILL NOT DIVIDE US, which restarted this week.

Described on its website as “an ongoing durational artwork,” by LaBeouf, Natasha Rönkkö, and Luke Turner, the first iteration of the project was “a camera mounted on a wall outside the Museum of the Moving Image, New York,” where anyone and everyone was invited to say the words “He will not divide us,” into the camera. It began on the day of Donald Trump’s inauguration in 2017. The experiment was horrifically and extraordinarily ruined by trolls. 4chan users showed up to the camera and began shouting slurs and white supremacist ideology at the camera. At one point, LeBeouf got into a fight with one of the trolls. The Museum of the Moving Image abandoned the project within three weeks of it starting.

But the project persisted, relocating itself again and again, as online trolls pursued it in a bizzare game of cat-and-mouse. Whether at a secret location or in a foreign country, trolls were always able to find, and derail, the project's efforts. A division deeper than LeBeouf and his co-creators anticipated perhaps.

Now the live stream is back, presumably in anticipation of the 2020 elections. Currently there is just a video of a tattered white flag, which appears to be posted at le lieu unique, in Nantes France. It’s unclear what the objective of the piece is now that we’re three years into a Trump presidency. If I were to guess at the significance of relaunching the stream today, perhaps it’s tied to the ongoing Senate Impeachment Hearing, which drags on as Democrats and Republicans remain staunchly divided about the crimes and conspiracies President Trump is accused of being involved in.

Art is subjective, and perhaps there are folks out there who view LeBeouf or his work as an essential part of the conversation. But what is this tattered white flag supposed to represent? What is it supposed to do? If LeBeouf's last foray into political performance art is any indication, it very well may serve as another elaborate challenge for 4Chan racists to wreak havoc with. Perhaps I’m too daft to get it.

More like this
SCOTUS just dealt a unanimous blow to the NCAA over student-athlete compensation
By Rafi Schwartz
The all-Black Bill Pickett Invitational Rodeo will air on national TV for the first time ever this Juneteenth
By Jewel Wicker
“Exhilarating, joyful, and of course pretty scary": Musicians on the pressures of returning to the stage
By Kelly McClure
Stay up to date