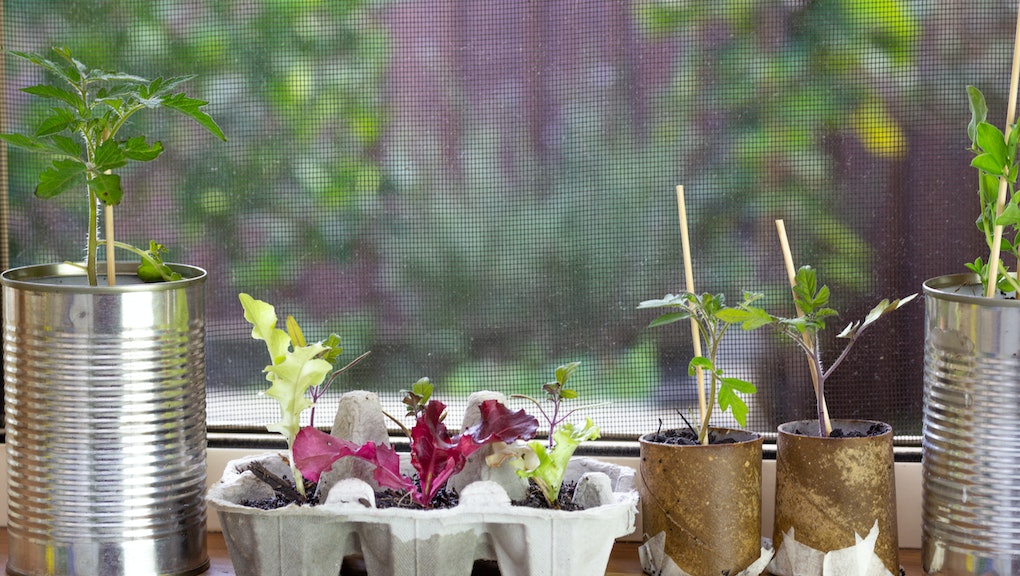 When the pandemic hit, Black Americans embraced a sacred tradition of food sustainability

Everybody needs food — that's a fact — but the United States isn't good at ensuring that everybody gets it. This problem was only exacerbated by the coronavirus pandemic, especially in Black communities. Rather than relying on outside help, Black people developed mutual aid groups, community-based fridges, food exchanges, and more. These methods of support are not new, though: To support themselves during an unprecedented crisis, Black people have revitalized generations-old conversations about independence and, as a result, engaged sustainability in its truest sense.

Numerous organizations have examined the spike of food insecurity in Black communities during the pandemic. Two separate reports from the Urban Institute found that Black adults reported food insecurity at about twice the rate of white ones, but youth are struggling to eat, too. Last April, a national study of 281 youth transitioning out of foster care found over half reported only having "low" or "some" food access. While the study doesn't mention race, Black kids are overrepresented in foster care, comprising 33% of kids in the system despite only making up 15% of the children in the U.S.

The pandemic's disruption to the education system also contributed to food insecurity. Before schools closed, about 30 million children received free or reduced lunch at school, per the United States Department of Agriculture. Although Congress funded programs like the Pandemic Electronic Benefits Transfer, which provided families whose kids were eligible for free or reduced meals at school with additional funding, the government never fully addressed this gap. Per a paper in the New England Journal of Medicine, "[The coronavirus pandemic] has exposed the problems associated with relying largely on educational and enrichment settings as the primary delivery channels for food-security programs."

"I bought so many seeds 'cause I knew if the world crashed at least we would be able to grow our own food."

From natural disasters like Hurricane Katrina to even the 1918 influenza pandemic, history has shown Black communities that they cannot rely on the federal government for aid. So when coronavirus lockdowns presented people with an abundance of time, the combination prompted many Black people to turn to growing their own food — even in hyper-urban locations. Dani Constable, who is from Georgia, tells Mic that they began growing peppers, sunflowers, cucumbers, and herbs in a porch garden. Since then, they've used flower beds in their backyard to grow other items like watermelon, carrots, mullien, cabbage, and chard.

"I always wanted to garden, and I finally had time 'cause the world slowed down," Constable says. "I bought so many seeds 'cause I knew if the world crashed at least we would be able to grow our own food. I had to learn a lot about taking care of seedlings and what could actually grow in my zone."

Generally, urban farming refers to growing food in cities or other heavily populated areas, and it's regarded as a method of food sustainability. After all, you don't need to worry about the emissions that come from mass producing food, or transporting it halfway across the country, if it's grown across the street. If you live in a city, though, you know that land can be hard to come by. In my Philadelphia apartment, the most space I have is a questionable fire escape — but plenty have used those and other small spaces in a form of hyper-urban farming during the pandemic.

Like Constable, Macha A., who has grown tomatoes, cayenne peppers, beets, and more, cited increased free time as one reason she began a garden during quarantine. But in addition, Macha, who lives in the Washington, D.C., area tells Mic, "I [also] thought it would be cool to grow my own food and lessen the need to go to the grocery store, because I remember feeling some anxiety about food shortages since stores were being emptied out."

Many people shy away from conversations about sustainability because, in addition to not having space for a more traditional garden, they feel they won't be able to afford it. However, Macha didn't need an entire greenhouse or anything close to it to start her garden. Instead, she utilized spare space in her bedroom and placed her seeds in the top of a cake container. They were stored on her windowsill alongside her indoor plants. She says that keeping the seeds in her bedroom made it easier to check on them every day and notice any changes in the plants — like when they finally began to sprout. "It was nice to have something to look forward to," Macha says.

When it comes to Black communities and food, sustainability is only part of the conversation. Many Black organizers see the need to focus on food justice, which Foodprint, a project of GRACE Communications Foundation, describes as not only working to ensure people have healthy food access, but going deeper and "examin[ing] the structural roots of these disparities" in a way that "works for racial and economic justice."

If you're thinking about food justice, then one of the questions you have to ask is why so many Black people do not have the space for larger farming efforts. Back in 1920, the numbers of Black farmers in the U.S. peaked at nearly 1 million. But in 2017, the Department of Agriculture reported that only 45,508 of the country's 3.4 million farmers were Black, and they owned only 0.52% of all of the U.S.'s farmland. When the federal government issued billions in farming subsidies in 2020, Black farmers were often left out.

This lack of assistance is unsurprising. In the U.S., land ownership is tied to power, and Black farmers have historically used their land to provide freedom and protection to oppressed communities. In Farming While Black: Soul Fire Farm’s Practical Guide to Liberation on the Land, farmer-activist Leah Penniman wrote that the USDA's programs were "sharpened into weapons to punish civil rights activity" by the 1950s. This, Penniman argued, is because Black farmers would offer their land for civil rights activists to organize. As Sana Aslam, a researcher and educator from Kentucky wrote in my newsletter, NAZAR, "Black land loss, then, went in hand with increased subjectivity to surveillance in spaces where Black people had no control."

But historically negative reactions to Black farms are about more than the land they sit on. Just as land represents a physical point of control, so does food. In the anthology Captivating Technology, Anthony Ryan Hatch wrote of "gastronomical resistance" or how people "use the gastrointestinal systems of the body as a site for pushback against not only forms of nutritional punishment but against unjust and punitive conditions of confinement." Think about how incarcerated people through hunger strikes. But the principle of "gastromonical resistance" also applies to people like Constable and Macha, who pursue their own sustainable version of food justice by farming from their homes.

"[Black people growing food] is beautiful and necessary. It's revolutionary," Aisha Robinson, who founded Vegan Meals that Heal in 2019, tells Mic. "For so long in America, Black people have been expected to take what little was given to them and create something big enough to sustain life. Enslaved Africans gardened at night in their tiny plots to ensure they maintained some sort of sovereignty over what they put into their bodies. I think the time is here where we have to learn how to use what little we have to sustain and evolve."

In some ways, the slow destruction of Black farming by the U.S. government, replaced by an overall food system that leaves many Black people hungry or trapped in food desserts, can be seen as a way that nutritional punishment exists outside of prison walls, too. Black people turning to hyper-urban farming in the middle of a pandemic functions within these legacies. As Constable told Mic, "[Black people growing their own food] is a critical need. To become autonomous in this system we must [grow] our own food and share as a community. Our land was stolen from Black farmers and this nation owes us land."