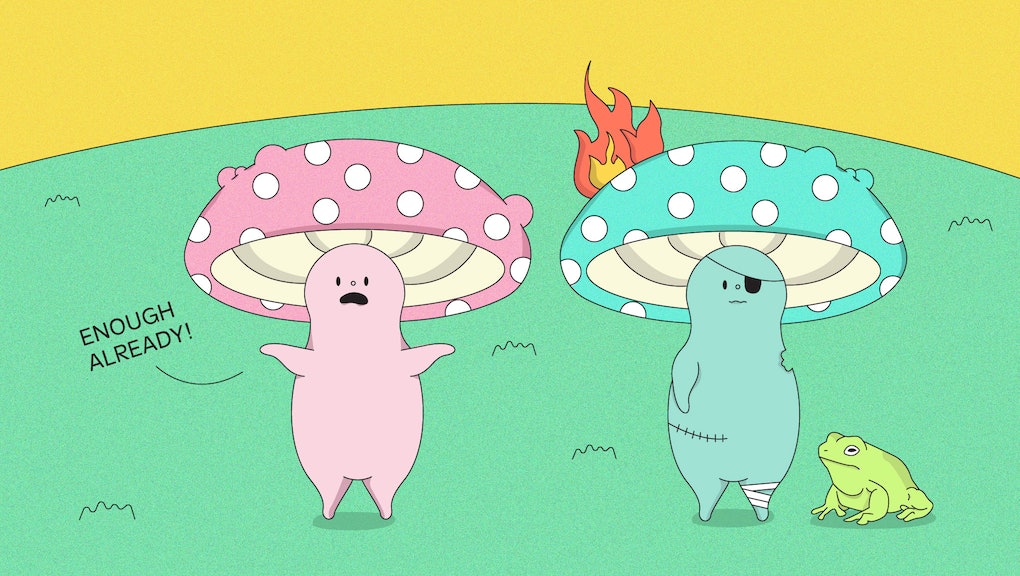 Your gender reveal parties are an eco-disaster

In a 2008 post on the now-defunct site High Gloss and Sauce, blogger Jenna Karvunidis shared photos of herself cutting into a cake to reveal a layer of pink icing, announcing to her friends, family, and readers that she was expecting a baby girl. At the time, she probably didn’t realize she was sparking a national obsession that would produce its own genre of news coverage — “gender reveal gone wrong” — or that some of the more elaborate copycats would cause multiple fatalities and large-scale environmental destruction.

Late last month, two people died when a single-engine plane crashed off the coast of Cancun after emitting a cloud of pink smoke above a crowd that had gathered to learn an unborn baby’s gender. A similar crash, in which one passenger was injured, occurred in Texas in 2019. That same year, a grandmother in Iowa was killed when shrapnel from a homemade pipe bomb struck her in the head at a gender reveal party. And earlier this year, a New York father-to-be died after accidentally detonating a homemade explosive he was building for his child’s gender reveal.

Let’s be frank: This trend is not only woefully ignorant regarding gender constructs, it poses a threat to human life and also, the environment. In the past four years alone, gender reveal parties have sparked two massive wildfires in Arizona and California, where experts say climate change, decades of misguided wildfire management, and human carelessness are coming together in a dangerous conflagration that threatens the biodiversity of fire-prone regions.

Arizona’s Sawmill Fire started in 2017 when an off-duty border patrol agent shot at an explosive target as part of a gender reveal. The resulting wildfire, aided by dry and windy conditions, spread across 47,000 acres and scorched about 28% of the Las Cienegas National Conservation Area. It took nearly 800 firefighters and more than $8 million to extinguish the flames. Three years later, a gender reveal party smoke bomb sparked California’s El Dorado Fire, which ultimately burned more than 22,000 acres in San Bernardino County and killed one firefighter.

In both cases, the environmental impacts were devastating — and the local ecosystems will suffer the consequences long after the babies in question are walking and talking.

Molly Hunter, an associate research professor at the University of Arizona who specializes in the ecological effects of wildfires, tells Mic that the lower elevation grasslands that the Sawmill Fire tore through are well-adapted to fire, and are likely to bounce back within a few years — but the trees are a different story. “Once a tree is burned, it doesn’t come back,” she says. Whereas in shrub and grassland systems, “typically, a fire burns through and it's like mowing your lawn. You burn the top of the grass and the next year, it will sprout.”

According to a report from Northern Arizona University, about 14% of the Sawmill Fire burned through wooded areas, affecting conifer-oak and pinyon-juniper woodlands and weakening the area’s cottonwood trees. And in California, “the old-growth forests were devastated by the [El Dorado] fire and won't recover in our lifetimes,” Doug Chudy, Regional Director for the San Bernardino Mountains Preserves, tells Mic. Fires like the El Dorado often convert ecosystems from one type to another, Chudy says. For instance, a wooded area may become grassland, more or less permanently.

Losing trees often means losing — or displacing — the wildlife that depend on them. In Arizona, for example, the cottonwood trees provide a home for the Western Yellow-Billed Cuckoo, a candidate for protection under The Endangered Species Act due to its disappearing habitat. The bird only breeds in large, continuous areas of particular trees growing along rivers, like the cottonwoods found along the Las Cienegas Reserve’s Empire Gulch. The El Dorado fire, meanwhile, engulfed the Bear Paw Reserve, a remote, mountainous conservation area where endangered spotted owls have been sighted in recent years.

Many plant and animal species were affected by the blaze. “In the weeks after the fire, our staff found injured foxes, bears, and other wildlife, some of which had to be rescued,” Chudy says, adding that many bird species will likely take years to recover, and the most severely scorched sections of the reserve may never bounce back entirely.

Fish are also especially vulnerable to wildfire — in some ways moreso, because they can’t fly, borough, or run away, Hunter says. The fire itself can heat up a waterbody, killing aquatic species. Ash runoff and erosion following a fire can also make it impossible for fish to breathe, triggering mass die-offs, as was the case in the wake of Australia’s massive 2020 wildfires.

Experts say climate change, decades of misguided wildfire management, and human carelessness are coming together in a dangerous conflagration that threatens the biodiversity of fire-prone regions.

All that said, mild to moderate wildfires are actually a natural part of many landscapes with dry, Mediteranean climates like California’s, and some plant and animal species rely on them. Giant sequoias, for instance, only reproduce if their cones are exposed to fire. “It's kind of like a Goldilocks situation, where you don't want too little fire,” Morgan Tingley, an ornithologist and professor of ecology at UCLA, tells Mic. “You also don't want too much fire. You want enough fire for the forest to be healthy, and you want what we obliquely refer to as ‘good’ fire.”

But “too much fire” is a phenomenon that’s becoming more frequent in California. In 2020, the state had its most severe wildfire season on record, with more than 4% of its land mass estimated to have burned. Of course gender reveal parties aren’t to blame for this rise, which is largely the result of climate change and a history of fire suppression that has left excess fuel in the state’s forests. But these conditions do make gender reveal stunts, such as target shooting, lighting off fireworks, or detonating homemade explosives, all the more threatening to the increasingly flammable landscape.

“Controlled burns,” or planned fires set by forestry experts to manage a forest’s health, offer a partial solution. Unlike an accidental fire sparked by something like a gender reveal party, Tingley says that the process of getting a controlled burn approved is “akin to launching a space shuttle.”

Even if they don’t ignite devastating wildfires, fireworks, smoke bombs, and sparklers are definitively terrible for the environment, due to their tendencies to release heavy metals and carcinogens into the atmosphere. And glitter, sometimes deployed at the parties in pink or blue bursts, has been called an “environmental abomination” because of its status as a microplastic — you know, those tiny bits of trash so prevalent and hard to clean up that they literally rain down from the sky, are embedded by the ton on the ocean floor, and have been detected in the placentas of unborn babies.

Like a tiny spark that grows into an out-of-control inferno, gender reveals have morphed from a cute party idea into something more hazardous. Perhaps feeling the heat, Karvunidis, the blogger who so casually ignited the trend in 2008, has since denounced gender reveal parties — not only because they’re killing people and harming the environment, but also because she feels they send the wrong message about the importance of gender.

“Who cares what gender the baby is?” Karvunidis wrote on Facebook in 2019, alongside a photo of her daughter sporting short hair, a blue blazer, and slacks. “PLOT TWIST. The world’s first gender-reveal party baby is a girl who wears suits!”

Let’s hope other parents-to-be share her epiphany, before another forest goes up in flames.

This article was originally published on April 21, 2021

More like this
How to embrace body acceptance without being ableist
By Melissa Pandika
Wanting to start a family motivated us to pay off $126K in a year
By Marianne Eloise
Can't bear to be in a relationship right now? Blame de-cuffing season
By Suzannah Weiss
Stay up to date