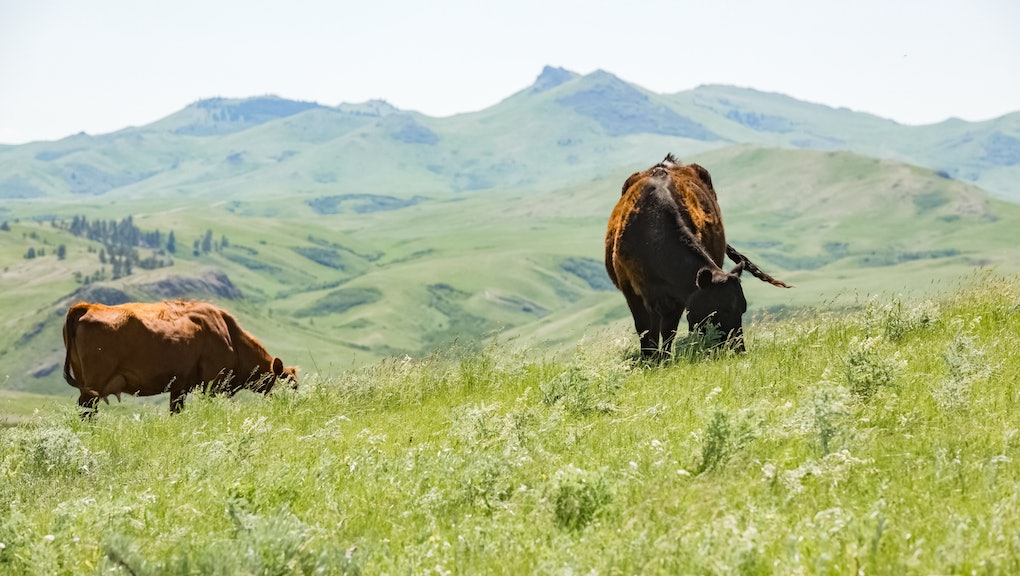 Your organic meat is also horrible for the climate, new study finds

Humans have an iffy relationship with meat. While we love the stuff, there are so many problems with it. It's not good for the environment, there are tons of ethical issues with slaughter, and eating too much of it can be unhealthy. Despite awareness of all these things, it's still so difficult to give up. So instead of quitting it altogether, many people turn to what they hope is a more ethical choice — organic meat.

But because 2020 has to dump cold water on everything, we're here with some bad news: According to a study published last week in the journal Nature Communications, organically-raised livestock is just as harmful for the climate as conventionally-farmed animals.

The researchers used lifecycle assessments and analyses to understand the climate costs of conventional and organic meat production. Their findings emphasized the need to raise the price of meat to cover the cost of climate damage.

According to the study, organic meat products don't do much to reduce greenhouse gases. Because most organic livestock are grass-fed and don't use growth hormones, they take longer to reach a size suitable for slaughter. That means they have more time to live (good for them!) but it also means they produce more methane through their manure and burps.

To balance out the environmental harm caused by greenhouse gas emissions, the researchers believe the prices of livestock products should increase. They recommend raising the price of conventional meat and dairy by 40 and 33 percent, respectively. Organic meat and dairy only need to be hiked by 33 and 20 percent since they're already pricier.

Keeping our current meat prices is inadequate, study co-author Amelie Michalke told The Guardian. "The prices are lying. Climate costs are rising and we are all paying these costs — they are not adequately put on to the [most polluting] products."

It's depressing to think that a process that gives livestock more time to naturally grow, and live, is harmful for the environment. But it's important to remember that the negative impact from meat production isn't just about how livestock is raised, but the quantity of livestock being raised. While organically-raised meat avoids deforestation, that's still a lot of animals hanging around creating gases.

"The climate damage costs for meat are especially startling if you compare them to the other categories," lead author Maximilian Pieper told The Guardian. Policies to raise prices to cover the cost can improve the situation, the authors noted.

They're not the only ones to make this suggestion. Despite the expectation of higher prices, organic meat companies can still fall into the race to lower prices for consumers. And the result is looking a lot like the environmental and ethical issues that emerged from fast fashion. It's a race to the bottom, argued writer Alex Renton in 2013.

"In the rich world, each of us consumes or uses 30 or more animals a year... We don't, in the nutritional sense, need these animals to feed us — certainly not in those numbers. Yet, in order to eat them at an acceptable price we [...] have moved inexorably into ever greyer ethical territory."

As the pandemic reveals more harsh truths about meat production — they don't even treat their humans right — and a greater push to address climate change like a health emergency, research like this is essential. Environmentalists have long advocated for people to lower their meat consumption through small beginnings like participating in Meatless Mondays and seeking plant-based proteins.

Now, these steps have become just as important for "ethical" meat eaters who want to make a difference in lowering the demand for an industry that hits the planet way too hard.

This article was originally published on Dec. 23, 2020