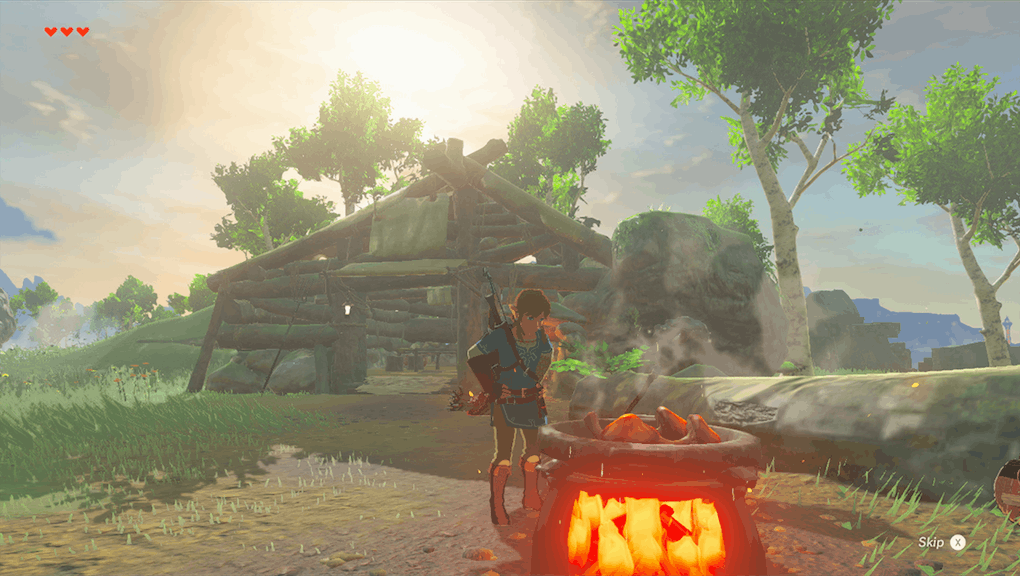 Getting the right gear is an important part of playing The Legend of Zelda: Breath of the Wild — so it's understandable that when you're playing, you may be wonder how to stock up on better gear than what the enemies are dropping. You've also probably found some Ancient Cores, which reference "researchers" in their item description. But who are these researchers, and where do you find them?

The answer to both of those conundrums lies in one place: the Akkala Ancient Tech Lab. Here's what you need to know about the Akkala Tech Lab location in Zelda: Breath of the Wild.

How to unlock Akkala Ancient Tech Lab in Zelda: Breath of the Wild

If you've been following the main story, you've gone to Impa in Kakariko Village, who in turn sent you to the research center in Hateno Village. Purah at the research center will give you a side quest to seek out someone named Robbie at his tech lab in Akkala. That's where we're going.

Set that side quest as your objective and follow the waypoint, which will lead you northeast of Kakariko Village. You're going to the very northeast corner of the game world for this, so stock up on food, weapons, and (most importantly) a torch for the journey. On the road directly to the south of the Akkala tech lab, you'll find a stable with a shrine that conveniently acts as a fast travel point.

One important thing to note: On the road between the stable and the Akkala Ancient Tech Lab location is a stationary Guardian that will kill you in one hit with its eye beam if you aren't careful. I recommend killing it now, because later on you're going to have to walk up this same road without the ability to sprint. By this point, you may have one Ancient Arrow that you could use to kill it in one hit — but naturally, I can't guarantee you will. This could be the most frustrating part of the whole endeavor.

Once you get to the tech lab, you'll meet an eccentric old researcher named Robbie. He wants to give you some sweet gear, but he needs you to light the furnace outside of the lab using blue fire, just like you did at the Hateno research center. The quest waypoint will take you to the furnace, which is on the opposite side of a creek. Glide over there and prepare to fight.

While your torch carries the blue flame, you can't sprint, glide, or fight with it. This is troublesome, because the path back to the tech lab is fairly winding and full of moblins, bokoblins, and that pesky Guardian mentioned earlier. You'll need to do what you did the first time, which is follow the path of lantern posts and store the blue flame in each one so you won't have to jog all the way back to the source after each fight.

Rather frustratingly, you'll have to go do something else or wait it out if it starts raining. The blue flame can't be carried for any length of time during rain. You can also try skipping ahead by aiming your bow into one of the lantern posts and shooting a blue flame arrow at a lantern post ahead, if your aim is true.

After following the path of lantern posts for long enough, you'll eventually get back to the tech lab and be able to light the blue furnace, creating a fast travel point. Go inside and talk to Robbie again.

Akkala Ancient Tech Lab: How to get high-level gear

Robbie can now use his robotic assistant, Cherry, to sell and upgrade high-level gear. He'll also take those Ancient Cores off of your hands for some nice bonuses, but we'll let you see those for yourself.

He won't just give you all of that sweet gear for free, though. You're going to need plenty of rupees to get the best stuff. However, the nice thing is you now have a fast travel point for a repository of powerful gear, which is a godsend in this game.

Find out all there is to know about Zelda: Breath of the Wild, including what to expect from the Wii U version; how to preserve your items; how to beat bosses like the  Stone Talus and Lynel; the best recipes for Link; and how to take on the game's shrines.

This article was originally published on March 6, 2017