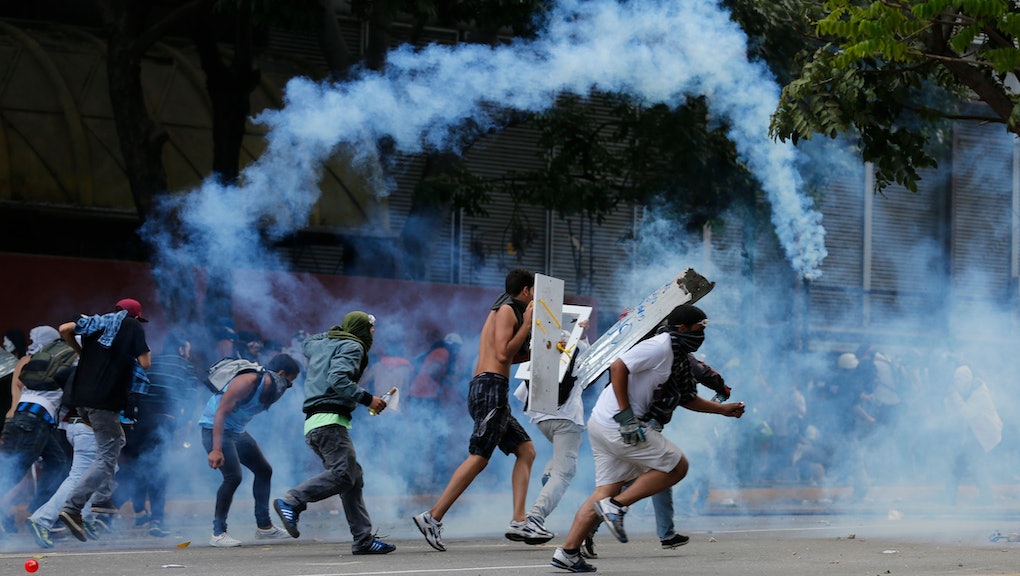 Tens of thousands of Venezuelans are ignoring government calls to go to the beach for the country's Carnival celebration. Angry at the violence of the pro-government forces that have killed 18 people and still unable to afford basic necessities, they have chosen to skip the national holiday.

Confusion still surrounds the uprising. Many question the motives of some anti-government leaders that have risen up from what began as a peaceful student-led movement. Others cite the U.S. supported coup of democratically-elected Hugo Chávez as reason to reject anti-government demands. At the same time, protesters point to the country's repressive crackdown on citizens, its inability to keep food prices affordable and rampant corruption as reasons to overthrow the president. Despite unified grievances, reports reveal many Venezuelans are still unsure of what real reform would look like. As the majority of Venezuela rallies for change, one thing is clear: They will not be taking a holiday.

"We have nothing to celebrate at the beach," engineer Carlos Torres, 34, told Reuters.

"We love a long weekend, but ... we're tired of the shortages, the delinquency, the abuse," said 40-year-old travel agent Jennifer Diaz in an interview with Reuters. "They can declare holidays all year long, but we're going to stay in the streets."

Protesters say the holiday was an attempt to undermine the demonstrations and many anti-government mayors cancelled ceremonies.

Over 200 protesters have been injured since demonstrations began.

"Today again demonstrated that the people of Venezuela are with the students," one student leader said to Bloomberg.

Eighteen people have been killed since the protests began, according to reports.

"Nobody is tiring here, and we're all going to fight until (the government) falls," said one protester.

The country has seen a 56% annual inflation rate, driving the cost of food and basic resources through the roof.

Information Minister Delcy Rodriguez in an interview with HispanTV called the protests "fascist attacks" and declared the government's response in line with human rights standards.