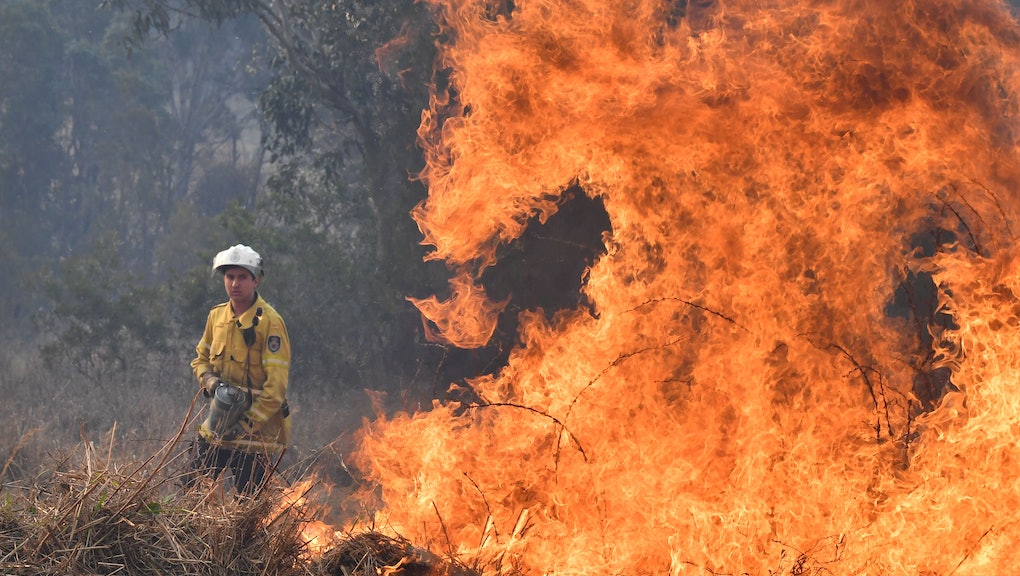 Australia’s Environment report is an annual scorecard of the country’s environmental standing. Now in its fifth year, the most recent edition was released on Sunday and paints a bleak picture. After examining a number of environmental conditions, including weather, vegetation, biodiversity, and more, the researchers found that 2019 was the worst of all the years analyzed dating back to 2000. What’s more, lead author Professor Albert van Dijk told the Guardian that 2019 was "probably the worst in a century or more."

“This is not the new normal — this is just getting worse and worse,” Dijk told the outlet, adding that 2019 had seen a “continuing descent into an ever more dismal future. You start to see ecosystems fall apart and then struggle to recover before the next major disturbance.”

A clear example of ecosystems falling apart can be seen in the country's wildfires, which began in June 2019 and were made even worse by climate change. These wildfires not only destroyed 11 million hectares (or 27.2 million acres) of land, but they left 33 people dead. In addition, the fires devastated wildlife, killing an estimated one billion animals. Ecologist Chris Dickman described it as a "monstrous event."

But Australia wasn't the only one dealing with devastating fires in 2019. Last year, several massive fires tore through California. One, the Camp Fire in northern California, became the deadliest in the state's history, killing over 80 people. It also ripped through 150,000 acres.

In addition, the Australian report found that 2019 was the country's hottest year on record, and those temperatures played a significant role in the environmental distress. The report's co-author, Dr. Marta Yebra, told the Guardian, "Our data clearly shows that the combination of dry forests and hot weather made for an especially explosive mixture."

The report’s hot weather findings are similarly reflected in the United States, where 2019's weather broke over 100,000 records. Those included the hottest September on record and the warmest month ever recorded, period, in July. The National Oceanic Atmospheric Administration even confirmed that the 2010s were the hottest decade since measurements began. And the trend isn't expected to disappear.

Sometimes, it can be hard to remember that climate change isn't just isolated to where you live. Lining up Australia's report with climate events from the United States in the same years shows how we are seeing global repercussions, and can expect more unless we make drastic efforts to combat the changes quickly.