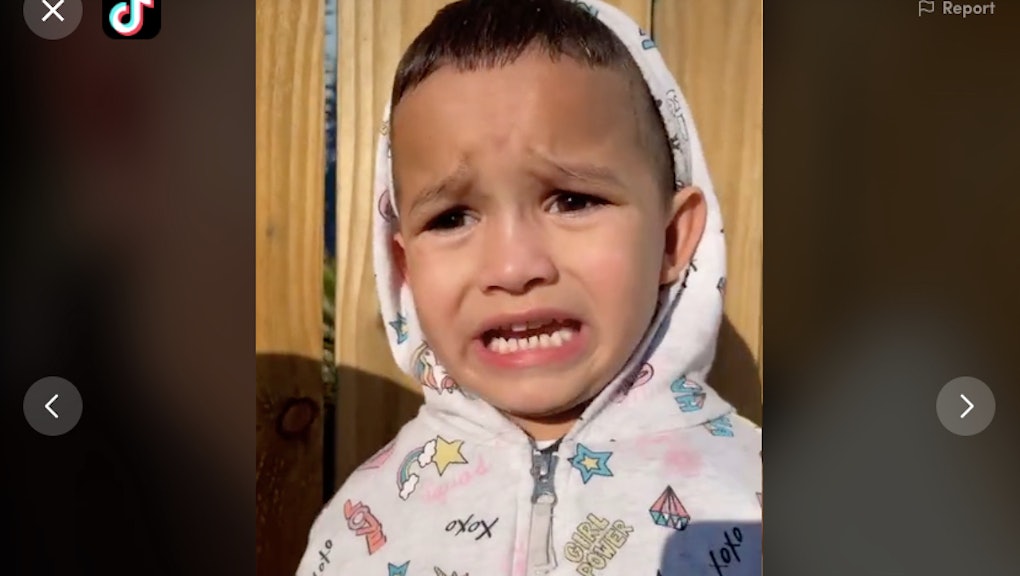 Remember how desperate we were for 2021 just a few weeks ago? People were pining for the new year like it was going to magically fix all the stuff that went wrong in 2020 — though I think most folks did so with the begrudging acceptance that, actually, things are likely to get worse in America before they eventually improve. We’ve got months to wait before most folks get vaccinated against coronavirus. We have one last week of Trump's nightmarish term in office.

So maybe it's not entirely a surprise that the first dozen days of 2021 have been chaotic. First, there was a seditionist attack on the Capitol. Now, the president is being impeached for a second time. All the while, the pandemic is raging like never before. A lot of us felt like we were barely clinging to our last two brain cells before 2021 entered the building. If this keeps up — and it promises to, at least until Biden is sworn in — how is everyone supposed to cope?

I hate to say it, but the utterly surreal nature of current events continues to inspire some flat-out funny moments on the internet. That’s right, as democracy teeters on the precipice of… something, memes have yet again emerged as brief respite from all the doomscrolling and general panic over the future. As we collectively reckon with the stress of living through Historical Times (on what seems to be a weekly basis), here are the memes helping us laugh through the madness (to ourselves, alone at home).

This father and son lip-synching the “I got maced” clip

Somebody call SAG-AFTRA, because this tiny human is giving professional impressionists like Sarah Cooper a run for their money. Obviously, father and child are lip-synching the viral video of “Elizabeth from Knoxville,” who lamented getting maced for storming the Capitol last Wednesday. But the way this little one doesn’t miss a single beat, outshining even dad (who fumbles his lines a little bit), is remarkable. I could watch them on loop for hours.

Ignoring his second impeachment (but it’s a record, Donald!), the president traveled to the city of Alamo, Texas, to celebrate the completion of his border wall. (It’s only 20-percent built and guess who paid for it, but whatever.) Anyhow, the internet had some fun with the announcement that the Trump train was headed there, making jokes about Giuliani staging a press conference at an Alamo car rental kiosk, for example.

Domestic terrorists being arrested to “Layla”

Yeeeesh, the parallels here are a tad gruesome. But to be fair, these people participated in an attempted coup, so justice must be served — but not mafia justice, to be clear. Here we have a montage of arrests being conducted by the FBI soundtracked to the song “Layla.” It’s famously the tune played during a climactic scene in Goodfellas, where nearly everybody gets whacked. Guess those QAnon jokers ought to be grateful they’re headed to federal prison and not the back of a garbage truck or a meat locker, where Scorsese might've wished to dispatch them.

Joker, looking relaxed with a cigarette hanging from his lips, waves his arm in an “everything the light touches is yours, Simba” gesture. He’s handing off mayhem-making duties to another murderous clown, Pennywise. The cursed image is captioned, “2020 showing 2021 around the workplace.” Goddammit, you guys.

“I’m in the Capitol” memes

A number of funny people who were not inside the Capitol as it was being ransacked parodied the dummies who did break into lawmakers’ offices and boasted about it. “Me in the Capitol changing my stimulus to $10,000” was one witty rebuff of the measly $600 being sent to taxpayers.

Twitter finally permanently banned the president, after his “free speech” incited a deadly coup. All the other major social media platforms blocked him, as well. And though silencing this would-be dictator seems like it came — checks watch — four years too late, the internet still had a field day with the news.

You goofy humans thought that just because a “new year” rolled around, things would miraculously improve? Let's hope 2020 and 2021 aren’t identical. But so far, these terrible twin years sure look a lot alike.

It’s safe to say that nobody’s perfectly satisfied with the first half of January 2021. When democracy threatened to implode just six days into the new year, a whole lot of people joked that they’d signed up for a “seven-day free trial of 2021” and are no longer interested. Here's hoping the annual plan cuts us a few breaks.