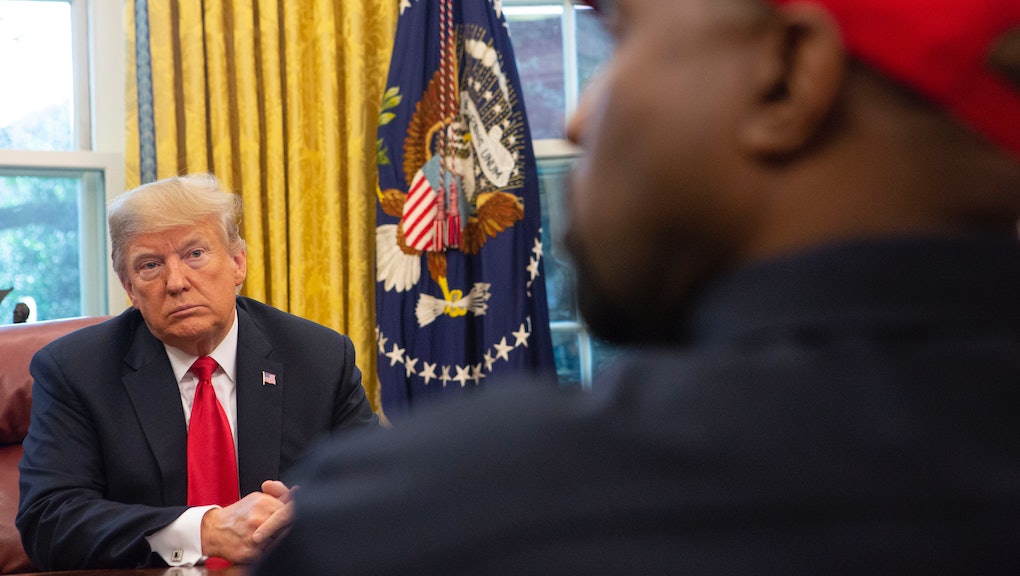 Kanye West’s presidential aspirations just won’t quit. According to credible reports this week, he's not just getting behind-the-scenes help from Republican operatives with ties to Trump. Forbes spoke with multiple sources close to West who say the rapper has also been in regular contact with Jared Kushner, the president’s son-in-law and top dog of the Trump campaign, who's reportedly leveraging Ye's mental state to convince him to stay in the race.

The New York Times reported on Wednesday that West met with Kushner and his wife, Ivanka Trump, in Telluride, Colorado, last weekend. Nobody knows exactly what they discussed; West seemed to confirm the meeting via tweet on Tuesday night, but said they discussed a book on empowering Black Americans. Forbes quickly discovered the meeting last weekend in Telluride wasn’t a one-off, however. West has been telling associates that he and the president’s son-in-law speak “almost daily.” And according to Forbes’s reporting, there’s evidence Kushner could be exploiting Ye’s mental state.

The rapper was diagnosed with bipolar disorder in 2017 but has publicly eschewed treatment. In 2019, he told Forbes he considers the condition a “superpower.” Those close to West say his bid for the White House has accelerated his mental issues, however. After announcing his long shot candidacy at the beginning of July, West made a series of public remarks that raised questions about his mental state, as well as his intentions behind running for office. In the wake of Ye’s headline-grabbing comments, Kim Kardashian West called for “compassion and empathy” for her husband.

According to people close to West, Kushner doesn’t seem to have Ye’s best interests in mind. One source described Kushner’s conversations with West as “reverse psychology.” Despite the fact that several key states have nixed his petition to get on the ballot in November, he may have already committed election fraud, and he’s polling miserably nationwide, West truly seems to believe he’s destined to be the next commander in chief. “He’s just like a kid. The more you tell him he can’t do a thing, the more he’ll do it,” a West confidante told Forbes. “He has a tremendous drive to prove people wrong.”

The message the Trump campaign is feeding the rapper appears to be: “Jared’s scared and doesn’t want me to run because he knows that I can win,” West has told numerous associates, according to Forbes. And that’s exactly the mindset that’ll keep the rapper in the race. “If you know him for more than 20 minutes, you know that will work,” another source told Forbes. Pundits on both sides of the aisle have speculated West's candidacy could be intended to give Trump a boost in November.

But West's friends say the scheming by the Trump campaign seems frankly exploitative. “He’s mentally ill,” one of Ye's pals told Forbes. “When you have people around him who have the best intentions and don’t need anything from him, you can steer him when he’s in that space into a positive place. When you have people around him who see him as an opportunity, they create a very, very bad scenario.”