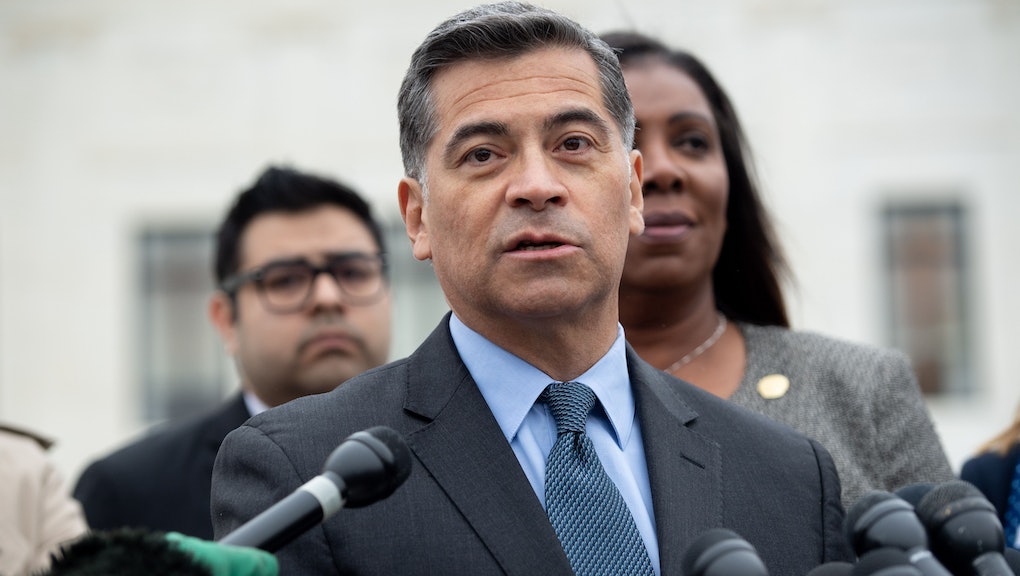 After weeks of jockeying to see which high-profile Democratic representatives will serve in the Biden White House, President-elect Joe Biden's transition team announced that Xavier Becerra will fill the position of health secretary. Becerra currently holds the position of attorney general of California, making him the top law enforcement official of the most populous state in the country.

Becerra was born and raised in Sacramento, California, and prior to serving as the state's top cop he served 12 terms in the House of Representatives. Becerra was the first Latino to serve on the House Ways and Means Committee and also took on leadership roles within the Democratic Party on the Hill leading the Democratic caucus.

The decision to tap Becerra for HHS is an interesting one, not just because he's a lawyer rather than a doctor or public health official. Becerra's nomination comes a few days after Rhode Island Gov. Gina Raimondo (D), the former favorite for the position, publicly rejected the job. Being second string might not be all that bad, though. Coronavirus is as medical as it is political; the Trump administration has spent its last year in Washington, D.C., undermining life-saving mitigation efforts in the name of demonstrating its institutional power.

Additionally, Becerra's leadership experience, both in Congress and as the lawyer responsible for bringing more than 100 lawsuits against the Trump administration, will serve him well in a position that will be tasked with leading the Biden administration's coronavirus response. The Trump administration and Republican-led Senate blocked opportunities to combat the virus early on, which in turn worsened its impact while creating multiple other social, economic, and public health crises. Because of this, Becerra will be challenged not just to address the virus itself in his mitigation strategy, but to craft health care policies that keep in mind the economic recession.

And unlike other potential picks, Becerra's background straddles the fine line between the political and public health world. He fought for the Affordable Care Act during his political career and led a coalition of attorneys general in advocating for access to abortion. Yet he also made it clear in a 2017 interview that he would support Medicare-for-All, and Biden has not endorsed the policy proposal that would guarantee health insurance coverage to all Americans.

Another factor is race: Biden has pledged to nominate people who are underrepresented in government, so Becerra's ascension could be a nod to Latinx and Hispanic voters. Becerra's nomination also opens a door for California's Democratic governor, Gavin Newsom, to appoint both a senator (to fill Vice President-elect Kamala Harris's seat) and a new attorney general.

Becerra's announcement caps off Biden's picks to tackle the coronavirus crisis. The Biden transition team also announced that Vivek Murthy will serve as surgeon general, a position he held in Obama administration. Rochelle Walensky, the current chief of the division of infectious diseases at Massachusetts General Hospital, will serve as director of the Centers for Disease Control and Prevention. And Marcella Nunez-Smith, the associate dean for health equity research at the Yale School of Medicine, will serve as chair of the administration's COVID-19 equity task force.