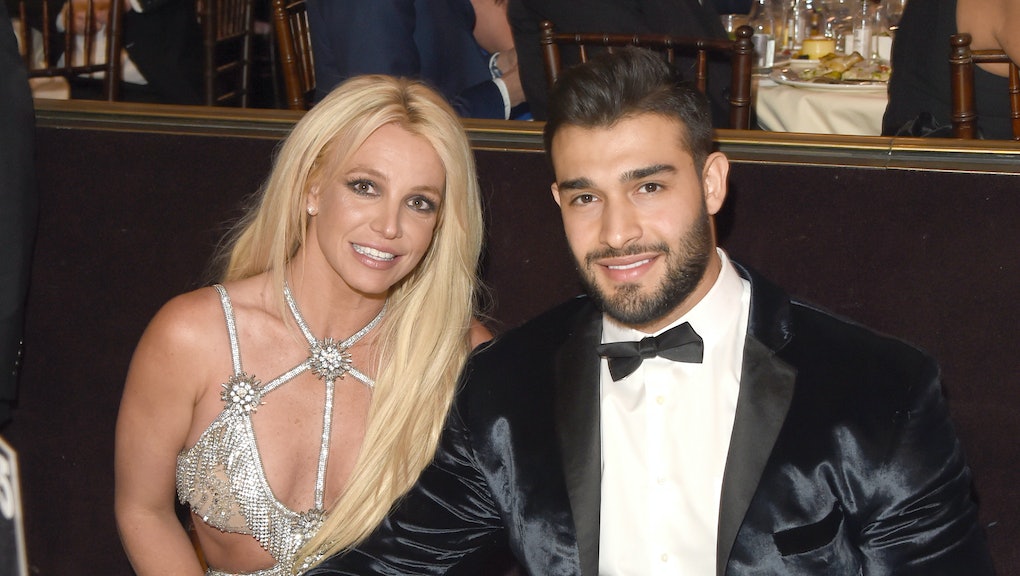 Britney Spears continues to reclaim her life, gets engaged to Sam Asghari

It's another indication that Britney Spears is reclaiming control over her future. Over the weekend, the pop star announced she's engaged to her longtime boyfriend, Sam Asghari. The couple shared posts on Instagram on Sunday to share their happy news and show off Spears' ring, a four carat diamond in a setting that's been dubbed "The Britney." It has "Lioness" engraved on the band, which is his nickname for the singer.

Spears and Asghari have been together for five years, and he's seemed like a steadying presence throughout her tumultuous conservatorship battle. Three months ago, she told a Los Angeles judge that the guardianship dictating her financial and personal affairs was robbing her of the autonomy to make life decisions. "I want to be able to get married and have a baby," she said. "I was told right now in the conservatorship I am not able to get married or have a baby." Since that watershed moment in June, she's been slowly asserting her independence. Spears hired her own lawyer this summer, was allowed to start driving again, and even purchased her very first iPad.

Social media erupted with congratulations for the couple after their announcement on Sunday. But amid the celebratory comments were also pleas from fans encouraging Spears to get a prenuptial agreement to protect her estimated $60 million fortune. Even actor Octavia Spencer chimed in: “Make him sign a prenup,” she wrote.

Evidently, Asghari is perfectly fine with protecting his betrothed's bank account. He replied to Spencer's comment with the "100" emoji and addressed the situation on his Instagram story early Monday. "Thank you everyone who is concerned about the prenup! Of course we’re getting iron clad prenup to protect my jeep and shoe collection incase she dumps me one day," he joked, accompanied by laughing emoji.

The concern for Spears' wellbeing is not unfounded. While her engagement most likely represents the next phase of her self-actualization, it's understandable that her fans are wary of letting another man assume control of the singer's vast fortune. Just last week, Jamie Spears finally began relinquishing control over his daughter's estate. He filed court documents to finally end the conservatorship that has governed her life for the last 13 years. "If Ms. Spears wants to terminate the conservatorship and believes that she can handle her own life, Mr. Spears believes that she should get that chance," the papers read. Britney's next guardianship hearing is September 29.

Spears has been married a couple of times before. She got hitched to longtime friend Jason Allen Alexander in 2004, but the union was annulled just 55 hours later. That same year, she wed Kevin Federline, the father of her two sons, Jayden James and Sean Preston. The couple broke up in 2007, and the resulting custody battle over their children contributed to some of the erratic behavior that landed Spears in a conservatorship.

Asghari is an actor and personal trainer who was born in Iran and moved to the US when he was 12. The 27-year-old told Men’s Health in 2018 that he met 39-year-old Spears in 2016 while filming the music video for her song "Slumber Party."

More like this
Uma Thurman recounted her abortion as a teen in a powerful rebuke of the Texas law
By Kara Weisenstein
Lil Nas X’s ‘Montero’ is a vulnerable guidebook on self-acceptance
By Brandon Yu
Lil Nas X delivered his baby, 'Montero,' along with an ill-fated love story
By Kara Weisenstein
Stay up to date