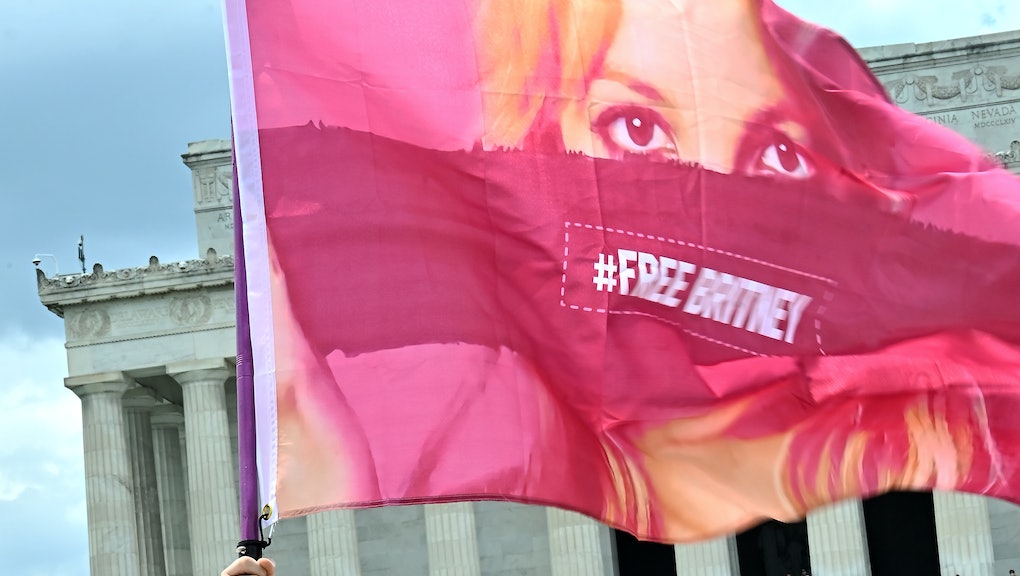 There have been many moments this summer when it seemed like the liberation of Britney Spears was imminent. First, there was the explosive testimony she gave in court on June 23: "I've told the world I'm happy and OK," the pop star said about the conservatorship that's controlled her life for 13 years. "I'm traumatized. I'm not happy, I can't sleep," Spears confessed. She called the situation "abusive" and said she wanted to charge her father with conservatorship abuse. It was somber vindication for both Spears and the #FreeBritney advocates who've been in her corner all along — though the world first dismissed them as conspiracy theorists.

Since then, the media has closely monitored every development in her case. Spears was allowed to hire her own lawyer, and she tapped former federal prosecutor Mathew Rosengart, whose client Sean Penn once called him "a tough as nails streetfighter with a big brain and bigger principles." He filed a motion to strip Jamie Spears of power over his daughter (though not to end the guardianship outright, curiously). In turn, the elder Spears submitted court documents saying he intended to step down eventually, but only once he was satisfied with the transition to a new conservator for Britney. Rosengart fired back with papers accusing Jamie of extorting his daughter for an additional $2 million to resign.

In a surprise turn of events on Tuesday, Britney's father filed a petition in Los Angeles Superior Court to end the conservatorship outright. This is a major development in the #FreeBritney saga. It means that Judge Brenda Penny could dissolve the guardianship that's been in place since 2008 as early as September 29, which is Spears' next scheduled court date.

"As Mr. Spears has said again and again, all he wants is what is best for his daughter," Jamie's filing reads, according to the Associated Press. "If Ms. Spears wants to terminate the conservatorship and believes that she can handle her own life, Mr. Spears believes that she should get that chance." Britney's father also cited the court letting Britney pick her own lawyer as proof that she's probably capable of handling herself.

In an email to the AP, Rosengart wrote that the petition "represents another legal victory for Britney Spears — a massive one — as well as vindication." But he also said he thinks Jamie is trying to repair his tarnished public image and skirt accountability for the injustices he allegedly inflicted on his daughter. Rosengart wrote that Spears "believes he can try to avoid accountability and justice, including sitting for a sworn deposition and answering other discovery under oath, but as we assess his filing (which was inappropriately sent to the media before it was served on counsel) we will also continue to explore all options."

Perhaps there will be an opportunity for Britney to go after her father once her autonomy is legally restored. She not only deserves to retire, if that's what she desires — she deserves justice. In the meantime, it's huge that she now has a tangible path towards freedom. As Spears said during her June 23 testimony, "I just want my life back." We're so, so happy that appears to be happening.