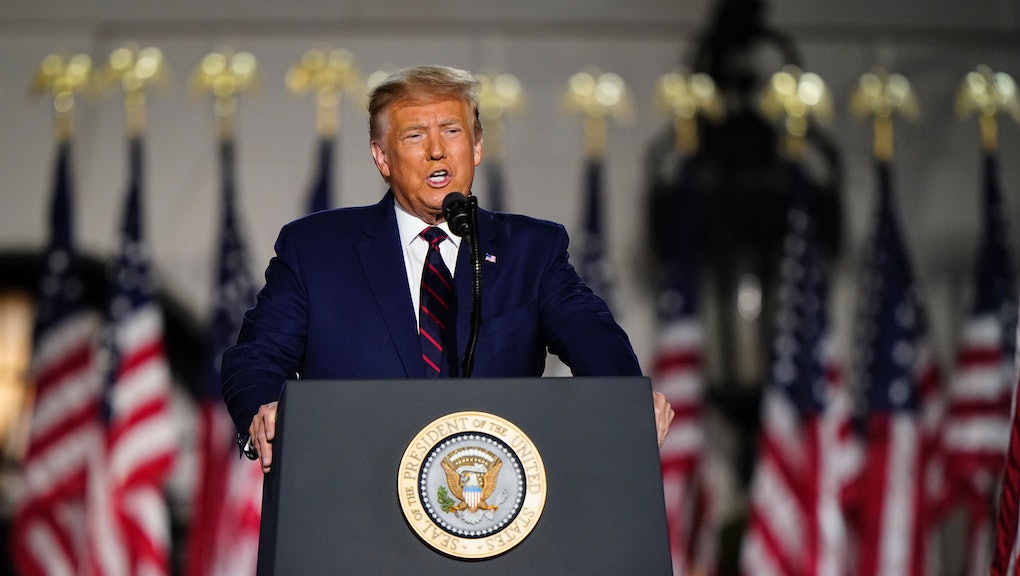 California sues Trump for the 100th time, this time to save an essential environmental regulation

Since taking office, Donald Trump has done everything in his power to undermine environmental regulations. Recently, his administration went after the National Environmental Policy Act (NEPA), a linchpin protection that requires full consideration and public review of the environmental impact of infrastructure and construction projects. The law provides protection to communities who might otherwise be shoved out or exposed to pollution, and Trump wants to give permission to ignore those factors entirely.

To stop the overreach, California has stepped in. The state's attorney general, Xavier Becerra, announced on Friday that he is suing the Trump administration over its latest attempt to cripple the nation's environmental protections. It marks the 100th time in just 43 months that Becerra’s office has taken the Trump administration to court, and he's got a decent record to show for it.

The ongoing battle of Trump vs. California has played out in many courtrooms across the United States, including the Supreme Court. The country's second-most populous state has taken issue with everything from Trump's attempts to cancel the Deferred Action for Childhood Arrivals (DACA) program to its attempts to institute a travel ban against Muslim-majority countries. According to the San Francisco Chronicle, California has already won 59 of its lawsuits against the Trump administration, with some decisions still pending.

One of the most consistent points of contention between Trump and California has been the administration's ongoing effort to dismantle the country's environmental protections. According to the Washington Post, nearly half of the 100 lawsuits filed by California against Trump's actions are related to environmental law, and Trump hasn't been shy about providing opportunities for challenges. In the just over three and a half years that the Trump administration has been in power, it has completely or partially rolled back more than 100 environmental regulations.

Becerra has taken issue with many of those changes. Just this year, his state sued over rules that allow farmers to use more water from rivers and lakes, attempts to relax environmental protection enforcement because of the coronavirus pandemic, rollbacks of fuel efficiency standards, and for failing to sufficiently protect endangered species. The latest battle, and the landmark 100th challenge filed by California, will aim to protect another protection, the NEPA. The law has been part of the bedrock of American environmental policy since 1970, and has been referred to as the “Magna Carta” of federal environmental laws.

The 50-year-old standard is one of the strongest protectors not just of the environment, but of communities and citizens who might otherwise be steamrolled by unwanted and waste-producing infrastructure projects. By requiring the government to both perform environmental impact reports and allowing the public to comment on proposed projects, the NEPA recognizes that there are potentially long-lasting effects of large infrastructure undertakings that need to be considered before breaking ground. When the law was first passed, it served as a tool for rural communities and indigenous people to speak out against the construction of the nation's Interstate Highway System, which would often cut through essential land with the government unceremoniously bulldozing its way through without consideration. More recently, NEPA has provided grounds for stopping construction of the Keystone XL pipeline, a proposed piece of infrastructure that would carry oil from Canada to various locations across the United States while cutting dangerously close to the protected land of indigenous people.

NEPA is one of the foundational pieces of law that helps to protect environmental justice for Americans who would have previously had their homes and communities upended by the federal government. It provides one of the few mechanisms to combat systemic racism that can wreak havoc on marginalized communities and our environment as a whole. If California's 100th legal challenge against the Trump administration winds up in the win column, it'll be a benefit to the entire country, not just California.