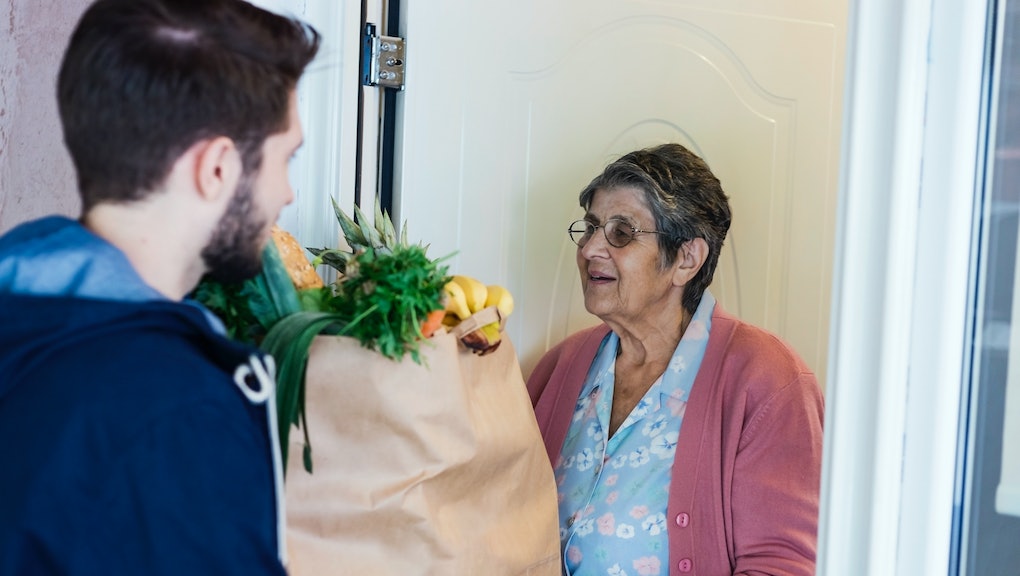 Coronavirus aid funds help vulnerable Americans where politicians have not

As the U.S. government struggles to find its footing in the midst of a pandemic, with national leadership sometimes at odds with local officials and city residents over the best way to respond to the spread of coronavirus, person-to-person mutual aid funds have cropped up to offer help and resources where government agencies have not. From Des Moines, Iowa, to Durham, North Carolina, from San Antonio to San Jose, California, grassroots efforts have sprung up to help find housing for students, support artists who have lost work due to event closures, find hormones for transgender people who won’t have access to their doctors, and help gig economy workers in need of extra work during this time.

One Google Doc lists funds and aid programs in cities across the United States, as well as resource information and other tips for people looking to do good no matter where they are. Another is coordinating help for immunocompromised people in need around the country. An additional grassroots fund is supporting service workers who have lost work and will continue to lose wages as businesses shutter to mitigate spread of coronavirus.

Some grocery stores, meanwhile, have instituted senior-only shopping times in order to protect vulnerable and immunocompromised individuals who still need to buy food and other supplies.

Beat writers and community activists are also encouraging people to support specific creators and businesses in this time of need. Helen Rosner, a food writer for The New Yorker, compiled a list of merchandise available for purchase from hundreds of independent restaurants and eateries across the country. Dr. Adrienne Keene, an Indigenous writer and professor, is similarly encouraging her followers on Twitter to purchase goods and art from other Native people.

In Durham, North Carolina, Heather Cook, the executive director of the North Star Church of the Arts, has launched a fund to support artists in need of financial support after event cancellation. Cook tells Mic that it's during times like this that "we definitely learn how to lean into each other."

North Star opened a year ago to offer a physical space for the local artist community in Durham, and Cook says that she started the fund last week after it became clear that the coronavirus outbreak would mean a loss of business for artists who are already vulnerable to low wages. "I know I feel this fear of deflation through this process; the momentum of people build around these projects," Cook says, referring to artists who may have to halt work on a project and not know when they might be able to return to it.

In areas of the country where whole counties have issued shelter in place orders, like the California Bay Area, organizers have found ways to support vulnerable individuals through the South Bay Mutual Aid network, which is a coalition of activists, organizers, and students. Marina Racine, a law student at Santa Clara University and an administrator of the fund, tells Mic that the effort started last Friday night in an attempt to centralize individual funding and aid requests seen on Twitter and GoFundMe.

"Responses overall have been very positive. People are very eager to share and help out," Racine says, noting that over 200 people have volunteered for a variety of aid projects, from delivering groceries to doing laundry.

Though the state of California's response to the outbreak has been swift, unhoused people, gig economy workers, and those already living paycheck-to-paycheck are at particular risk for economic harm brought on by public health strategies to control the spread of coronavirus, like social distancing and self-isolation. "These community mutual aid funds are taking the place of what you would expect your government to do. We're trying to help empower people in their communities to check on their neighbors," Racine says.

"In doing relief, it does teach a lot about who has got your back in times like these, and it's your neighbor."

While the government continues to debate the particulars of a much-needed relief bill, intrepid and compassionate Americans are stepping in — including young people. In the Laredo area of southern Texas, a grassroots organization called Red Wing is providing food, medicine, and menstrual products to community members. "In a state like Texas, the border is often the last place to get aid," 24-year-old organizer Alec Martinez tells Mic. "In doing relief, it does teach a lot about who has got your back in times like these, and it's your neighbor."

Red Wing pivoted to direct community relief efforts in the last week, after years of formal teach-ins and educational organizing work. Since launching Red Wing, Martinez and fellow organizer Silvia Castaños, 19, say they've been inundated with requests for aid — so much so that Red Wing launched a sister chapter in the Rio Grande Valley. The local food bank is also now sending calls for assistance directly to Martinez and Castaños.

The Laredo city council this week voted to enforce a mandatory lockdown within city limits. Organizers say this move negatively impacts residents, 30% of whom live in poverty, given that the city struggles with ongoing issues of water accessibility.

There are some hidden communities, too, that are particularly at risk for a pandemic like this one. Emily Galvin-Almanza, senior legal counsel at The Justice Collaborative and executive director of Partners for Justice — both of which provide aid, support, and advocacy for incarcerated individuals — tells Mic that community support is critical to understanding how the spread of coronavirus impacts the prison system.

Some cities, including Philadelphia, have adjusted their policing strategy in response to the spread of coronavirus. Releasing individuals from jail, halting court proceedings, and holding off on ticketing people would all serve to reduce the number of people flooding courthouses and jails, thus lowering the risk of exposure to the virus.

She holds out hope. After all, she says, "people have the ability to grow and change every day."

More like this
Vaccines are good. Threatening to evict someone over them is not
By Rafi Schwartz
We learned collective grief from 9/11. We could really use those coping skills right now
By Melissa Pandika
I never want Tucker Carlson to stop talking about Nicki Minaj's cousin's friend's enormous balls
By Rafi Schwartz
Stay up to date