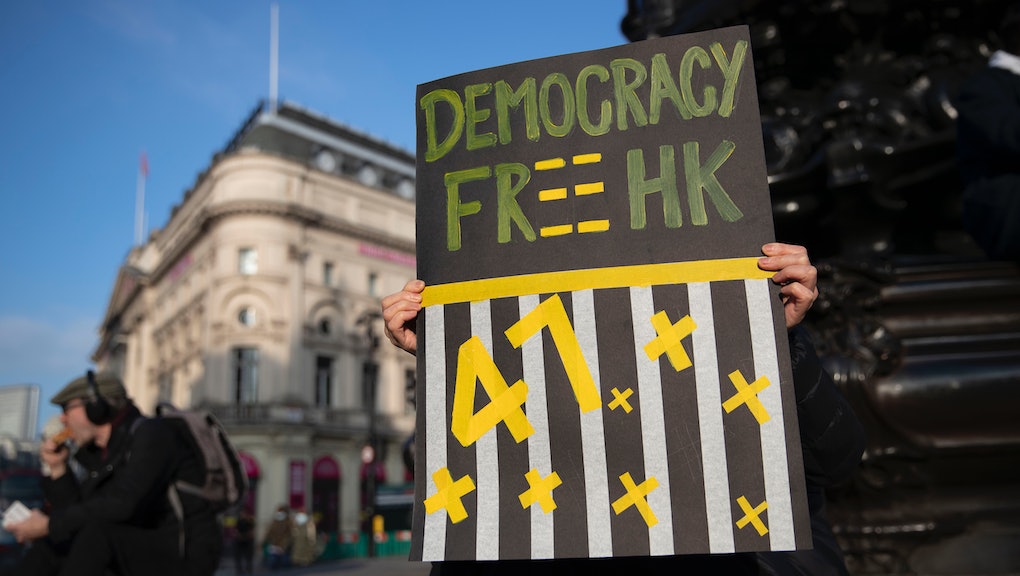 It's pretty widely accepted that this past year was one of the worst in recent memory for huge swaths of the country. There was a catastrophically bungled pandemic; a tidal wave of social justice protests met with brutal military force and repression; a metastasizing white nationalist movement animated and encouraged by the uppermost echelons of political power... Yeah, 2020 was, save a few, punctuating moments of optimism, a pretty lousy stretch.

But it wasn't just a trash year each for us as individuals, with our cavalcade of personal tragedies and frustrations. According to a new report from Freedom House research and advocacy NGO, 2020 was also the worst year yet in a decade-and-a-half decline in global democracy as a whole.

"The report found that the share of countries designated Not Free has reached its highest level since the deterioration of democracy began in 2006, and that countries with declines in political rights and civil liberties outnumbered those with gains by the largest margin recorded during the 15-year period," the group wrote in a press release announcing the "Freedom in the World 2021" study. "The report downgraded the freedom scores of 73 countries, representing 75 percent of the global population. Those affected include not just authoritarian states like China, Belarus, and Venezuela, but also troubled democracies like the United States and India."

The study doesn't include the Jan. 6 attempted coup at the U.S. Capitol Building, which occurred just six days after the cutoff date for this year's report — but even without it, the United States' "free" status dropped precipitously over the past year, fueled in large part by the Trump administration's overt flirtations with authoritarianism.

"January 6 should be a wake-up call for many Americans about the fragility of American democracy," Freedom House president Michael J. Abramowitz said in the press release. Indeed, that fragility was on full display this past year, as the U.S. dropped three points on Freedom House's 100 point scale — nearly a quarter of the full 11-point drop experienced by the U.S. over the course of the past 15 years combined.

The report isn't all bad, though. It also highlights the "resilience of democracy" worldwide, as evidenced by strong grassroots pushback against authoritarianism in countries like Taiwan and Malawi. It also refrains from placing the blame for the U.S.'s declining freedoms squarely on the Trump administration itself, though the former president's presence looms large over the study's findings — particularly in regards to Trump's efforts to limit government transparency, manipulate information about the Coronavirus pandemic to limit his own culpability, and subvert the foundations of the 2020 election both before and after the fact.

To that end, the report's findings dovetail with those of political scientists Christopher Sebastian Parker of the University of Washington, and Rachel Blum of the University of Oklahoma, who recently wrote in The Washington Post that the former president's followers' "willingness to reject facts that do not reflect well on their leader is likely to continue to destabilize U.S. democracy" for years to come.

I guess we'll just have to wait and see where things stand a year from now, when the 2022 freedom report is released.