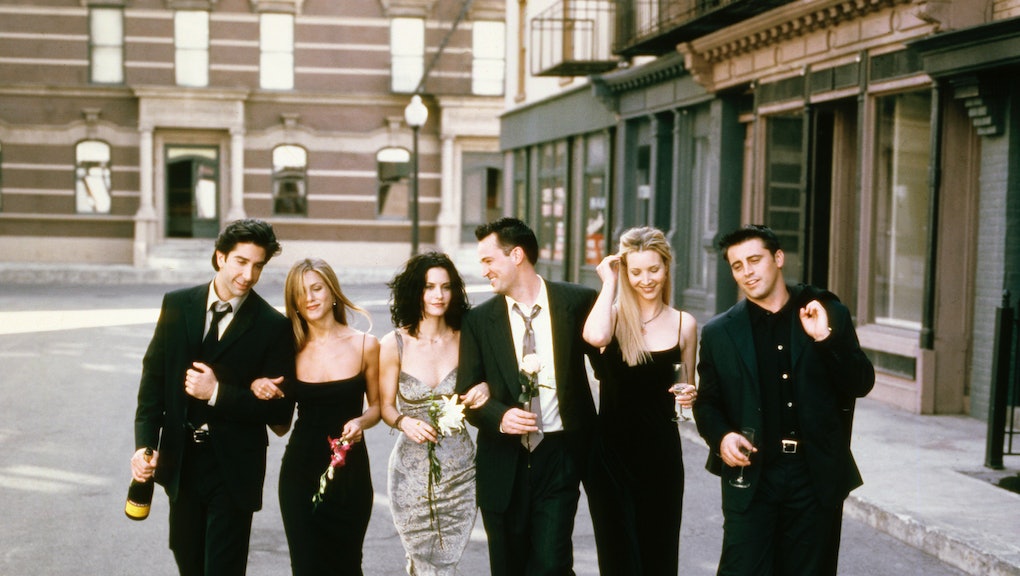 HBO might be dropping $20 million on a 'Friends' special

Despite numbers that indicate that streaming services are continuing to experience a boom in subscriptions, desperation still defines the choices made around programming as newer platforms try to gain their foothold. There could be no clearer example of this than the news that HBO Max might be sinking $20 million into an hour-long Friends reunion special. According to Deadline, after extensive back and forth between the original cast and HBO, Jennifer Aniston, Courteney Cox, Lisa Kudrow, David Schwimmer, Matt LeBlanc, and Matthew Perry have agreed to come back for the special.

Deadline also reports that each cast member agreed to between $3 million and $4 million in compensation. HBO Max has already pegged their rollout to having all of Friends on their platform after the series left Netflix at the end of 2019. HBO reportedly paid $425 million for the rights to Friends, which was some of Netflix’s top-performing content.

Marta Kauffman and David Crane, the original co-creators and executive producers of the show, have repeatedly stated that they never intended to do a reboot or scripted reunion of the show. But they are reportedly involved in the HBO Max project in some capacity, though specific details have not been confirmed.

In the middle of negotiations, when it was reported that HBO and the original cast were still far from meeting an agreed-upon sum for their appearance, HBO Max’s Chief Creative Officer Kevin Reilly remained vague on any details about the reunion.

“There is interest all around, and yet we can’t get the interests all alighted to push the button on it,” Reilly said on Jan. 15. “Today it’s just maybe.”

In 2019, Friends celebrated its 25-year anniversary, which was commemorated with pop-up shops, movie theater screenings, merchandise, even a flash mob. It experiences the kind of excessive cultural saturation that also revamped more critical discussions around the show, which has commonly been referred to as the white-washed Living Single.

While it feels like there is a bit of fatigue now surrounding the show, HBO is clearly banking on loyal fans of the show to migrate to their platform for continued access to streaming. And their investment so far has been extensive. Based on the Deadline report, the reunion will likely be used to bring attention to the old episodes on the platform.

In addition to Friends, HBO Max has also acquired shows like The Fresh Prince of Bel-Air and Pretty Little Liars. It’s part of a content strategy that incorporates nostalgic fan favorites and a slate of original material, including the unscripted Ballroom show Legendary. In this era of streaming wars, every edge a platform can get promises more eyes and more dollars. With Friends, they hold a considerable advantage over their competitors.

More like this
Steve from 'Blue's Clues' gave us the closure we didn't know we needed
By Kara Weisenstein
The 8 best reality shows you're not watching, but should be
By Brandon Yu
Mariah Carey's 'Glitter' era deserved better
By Treye Green
Stay up to date