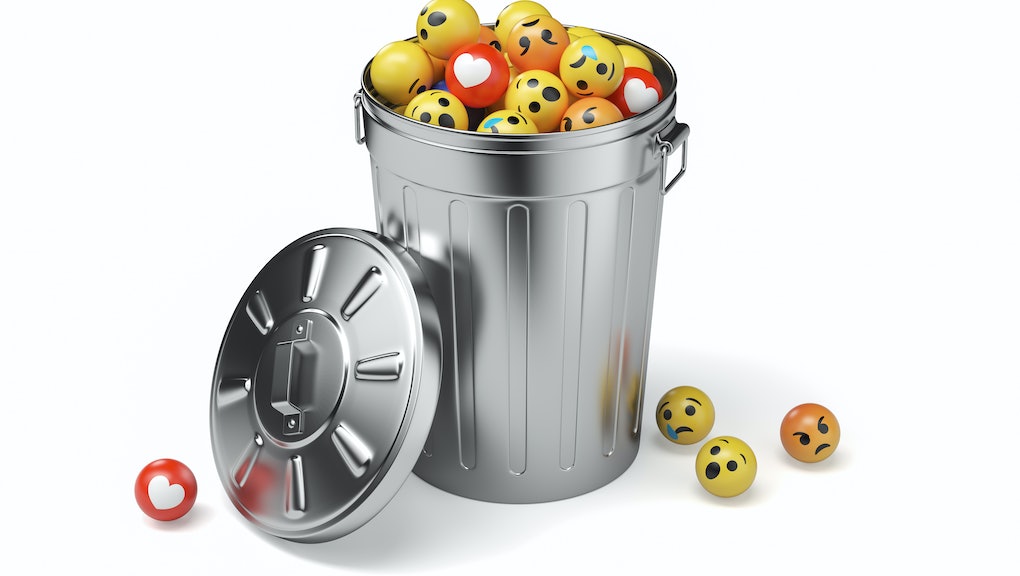 Social media detoxes are often suggested for people who feel they have an unhealthy relationship with their timeline. It’s a way to unplug for a bit and reset your attention span to prioritize the present. But in this age of social distancing and protesting, social media has become an essential way to keep up-to-date with friends and family without meeting them in person. It’s also played a part in helping people communicate and plan with other protestors, as well as document and post videos of police brutality as quickly as possible. Yet sometimes you really do need a break — especially if the constant news is taking a toll on your mental health and draining your motivation for daily tasks.

Here are some ways to take a social media break without cutting the internet out of your life completely.

Use the internet for fun!

Remember when we all associated the internet with funny cat videos and nothing else? Now, the constant feed of breaking news and brands pretending to be cool and Nazis in our online hobby groups has dragged down the experience. It’s a lot to take in, and our brains just aren’t hardwired to multitask information like that.

When you’re feeling the symptoms of stress piling up while you’re browsing — or if you’re feeling dread just thinking about checking your timeline — it may be time to watch something else for a while. Take a break from the buzz of social media and get mesmerized by old episodes of How It’s Made; take a relaxing, digital African safari with BBC Earth; have a good cry over pet reunions; and fall into the hole of speedpainting videos made by talented artists.

Are these suggestions just distractions from the really serious shit going on in the world right now? Yes. And that’s sometimes ok. A 2017 article by Psychology Today cited studies finding that moments of distraction can be helpful in lessening the impact of harmful experiences or anxiety. So there’s no need to stop social media completely, but give yourself 20 minutes or so to look at something else for a while, just as a brain refresher.

Some articles touting the benefits of a social media detox mention that stepping away from the internet can help you reconnect with friends and family. But that was during the before-times. Our lives are different now, and the internet is necessary to stay connected without worrying about putting the health of our loved ones at risk, especially if you’re living in an area with an ongoing outbreak.

In 2013, researchers published a study in CyberPsychology that found video calls were the next best thing to in-person chats when it came to bonding with others. If social media isn’t helping you feel any less isolated, then try setting up some time to video chat with a friend or family member instead.

“When you are on your own, anxieties and worries can seem much bigger than when we can share them with a friend,” Dr. Sarita Robinson, a psychology professor from the University of Central Lancashire, told Bustle. “Having a chat, a laugh, or just sharing worries with people can help us feel less anxious.”

Personally, stepping away from social media to talk about current events with my family has been far more beneficial for me than posting into the void on Twitter. Not only does it help me organize my thoughts out loud, but hearing their words of support also gives me a big emotional boost that likes and retweets can’t provide.

I’ll admit I am 100 percent biased toward playing video games to get away from social media drama. They’re engaging and distracting enough to play by yourself and only require an internet connection if you’re playing with a friend. Games are perfect little nuggets of interactive entertainment that can help you take a break from Facebook.

But why games over something like watching a show? Because playing video games can help build confidence as you get better and better at them. You may feel a sense of accomplishment, or as if you’ve contributed to a group when playing multiplayer games. Better yet, learning how to play a game can demand less brain energy than learning a new hobby. And there are so many types of games to try.

Research has also found that games such as Tetris can reduce feelings of stress, anxiety, or trauma. If social media is getting to you, video games are a handy way to take a temporary step back.

Studies are mixed on whether pets can reduce feelings of stress and anxiety, with some critics saying it’s something that likely depends on your pet’s personality (my dog is definitely the cause of stress sometimes). Other research says caring for pets can benefit our health. Either way, if you have one at home, it’s not a bad idea to just put down the phone, turn around, and squish your pet’s face to make yourself feel better after hours of disappointing news.

And you don’t have to invest hours into your pooch to feel the benefits of their presence. In 2019, a study was published in AERA Open that measured the stress levels of students who were given an opportunity to play with cats or dogs on campus. Washington State University associate professor Patricia Pendry, who was part of the research team, said that spending merely 10 minutes interacting with pets “can have a significant impact” on students by significantly reducing cortisol, which is a major stress hormone.

The same could apply to non-students as well. If you have a pet, take a few minutes and let them soothe away your social media stress.

Doomscrolling is the latest concern in this mid-pandemic world full of political turmoil and racial inequality. Instead of wasting time watching YouTube videos before bed, people are getting hooked on scrolling through more and more bad news, glancing through headlines and becoming more agitated until a good night’s sleep becomes impossible.

This can gradually take a toll on your physical and mental health. Try to set and keep to strict ‘turn off the social media’ hours. Don’t touch Twitter before bed. Forget about the president’s late night tweets; don’t let his words invade your sleep.

“Doomscrolling will never actually stop the doom itself,” wrote Angela Watercutter for Wired. “Feeling informed can be a salve, but being overwhelmed by tragedy serves no purpose. [...] [T]rying to sprint to the end of one’s feed will only cause burnout and a decline in mental health among the people whose level-headedness is needed most.”

Don’t feel guilty about looking away

Last, but not least, don’t feel bad about needing a distraction. Don’t feel bad about looking for joy — we all need Black joy right now — in the midst of all this sadness and frustration. There’s nothing wrong with needing a break from the daily feed of police brutality videos and SCOTUS decisions that make us clench our teeth. There’s nothing wrong with feeling nauseous and sick after a while because, despite social media separating us from the actual event, these are still very real things that are happening in our very real world. It’s traumatizing to see, especially for Black folks most at risk of experiencing long-term mental health issues from seeing videos of Black people being brutalized.

“Just the act of watching a lot of these videos over and over can wear you out, because you’re seeing human suffering on such a large scale,” said Dr. Stephanie Moulton Sarkis, a therapist and psychological trauma expert, in an interview with Vulture.

“I tell people that it’s important to remember that you can turn [the footage] off. Being active and engaged around this issue doesn’t require you to watch police brutality footage over and over.”