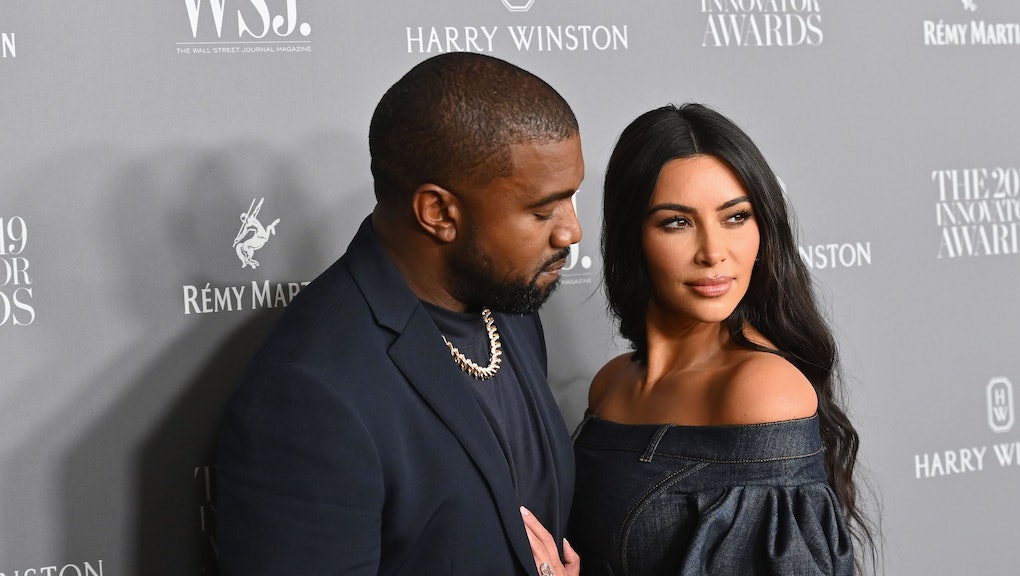 It's official: Kim Kardashian and Kanye West are getting divorced

Everybody figured Kim Kardashian and Kanye West were headed towards splitsville a month ago, when news broke that Kardashian had retained the services of celebrity divorce attorney Laura Wasser. Now their breakup is official: the 40-year-old reality TV star filed for divorce from the 43-year-old rapper on Friday, February 19, after nearly 7 years of marriage. But it sounds like they’re parting on a friendly note: the couple is seeking joint custody of their four kids and are committed to co-parenting, according to TMZ.

While there was some speculation it’d be hard to disentangle the famous couple’s lavish assets, like their monastic mansion in Calabasas, Kardashian and West are already far along in reaching a property settlement agreement, TMZ sources said. They've also got a prenup in place and neither party is contesting it.

The high-profile marriage reportedly faltered in the last half of 2020, derailed by West’s long-shot bid for the presidency, his string of controversial public statements about his family and Black history, and his refusal to seek treatment for his diagnosed bipolar disorder. While Kardashian has parlayed reality-TV stardom into a beauty empire and criminal-justice advocacy, “Kanye isn’t as focused and doesn’t live in the real world,” a source told Us Weekly. “Their world views no longer line up.” Even before West announced his political aspirations, the couple reportedly had a difficult time adjusting to life in lockdown at the onset of the pandemic.

The Kardashian clan is facing lots of endings this year: their long-running reality show, launched thanks to Kim’s infamous 2007 sex tape, is airing its final episodes. They've already wrapped production, and as you might expect, the season is all about the Kimye divorce.

More like this
I never want Tucker Carlson to stop talking about Nicki Minaj's cousin's friend's enormous balls
By Rafi Schwartz
The 8 best reality shows you're not watching, but should be
By Brandon Yu
Steve from 'Blue's Clues' gave us the closure we didn't know we needed
By Kara Weisenstein
Stay up to date