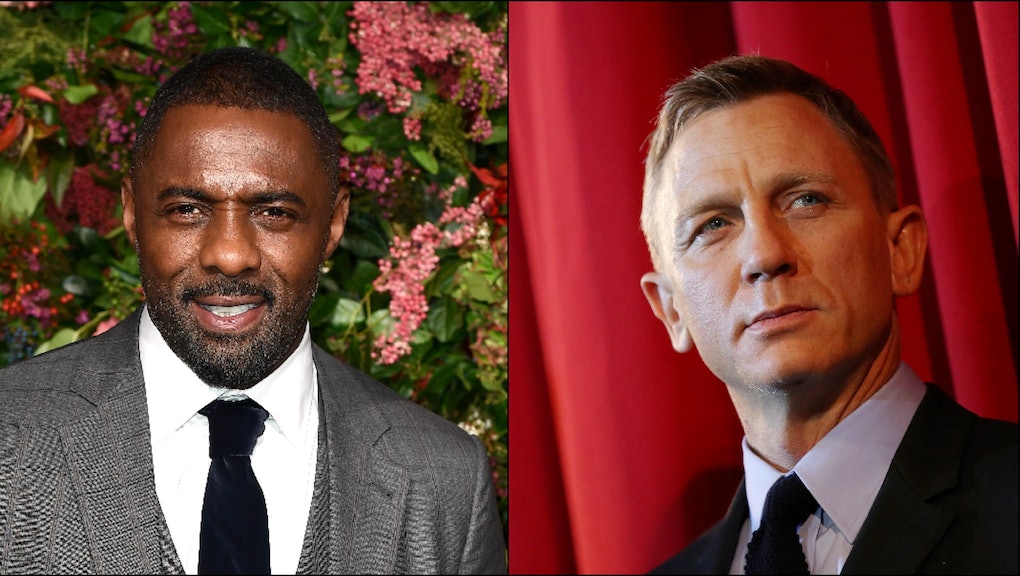 James Bond can have a little diversity, as a treat

James Bond is Hollywood’s longest-running franchise — and one of its most lucrative. The 24 films centered on British secret agent 007 have raked in a collective $16.3 billion in global ticket sales, adjusted for inflation, according to Forbes.

Surprisingly, one family, the Broccolis, maintain an “iron grip” on the nearly 60-year-old Bond franchise, according to Variety, which published an exclusive interview with the 007 gatekeepers on Wednesday. The highly-anticipated 25th Bond film, No Time To Die, is out this April.

The Broccoli family exerts an incredible amount of creative control over Bond, it turns out. Variety noted they have the final say on everything from scripts to marketing to casting — which includes who’ll take over as 007 when actor Daniel Craig makes his exit after the new film. Rumors that actors like Idris Elba or Richard Madden could play the next Bond have flown wildly since Craig announced his exit.

Producers Barbara Broccoli and Michael G. Wilson kept mum when Variety asked about the search for the next Bond. But they said one thing is for sure: Bond will not be a woman.

“He can be of any color, but he is male,” Broccoli told Variety, asserting her long-held opinion that 007 could only be portrayed by a man.

Then Broccoli hedged her position, lest her wholesale dismissal of the notion of a Bond of a different gender be construed as biased. “I believe we should be creating new characters for women — strong female characters. I’m not particularly interested in taking a male character and having a woman play it. I think women are far more interesting than that.”

Hmm. There’s so much to unpack about Broccoli’s statement. On one hand, her words seem to bait the very feminist anger she’s trying to hedge in the second bit. We need “strong female characters” — as long as they’re not named “Jane Bond.” It’s a fascinating feat of public relations gymnastics.

On the other hand, I do kind of agree with her on one point: I’m not necessarily interested in reshaping Bond as a character and a franchise for diversity’s sake. But the reason I think that is because women, people of color, and marginalized actors more broadly deserve better than being molded into characters dreamt up decades ago by white men.

I’m interested in future franchises that could outlast and out-earn Bond going forward: things in the spirit of Black Panther, Queen and Slim, Hustlers, Widows, Captain Marvel… the list could go on. I hope and predict it’ll continue to grow in 2020, but with the disappointing Oscars kicking the year off with a fizzle, I don’t know if we can expect much from the Hollywood establishment. I’ll be looking to studios like A24, Quibi, Disney and Netflix, honestly, for the next wave of worth-your-time, boundary-pushing content.

More like this
In 'Roadrunner,' Anthony Bourdain shows us the beauty of the mundane
By John Saward
Dua Lipa has officially distanced herself from DaBaby
By Kara Weisenstein
Phoebe Bridgers and John Mulaney announced tour dates and the internet imploded
By Chloe Stillwell
Stay up to date