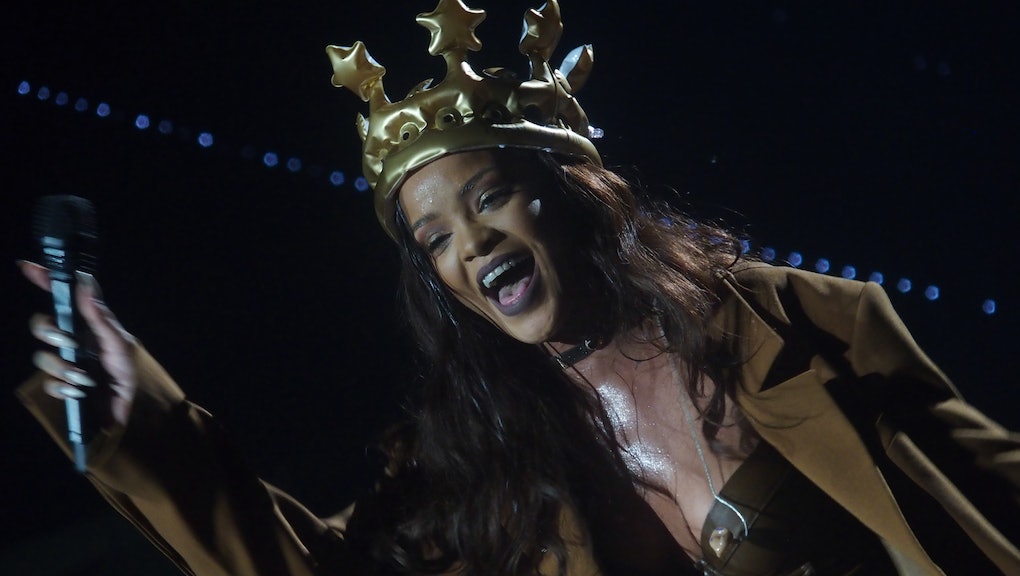 Rihanna’s eighth studio album, Anti, released at the top of 2016, preceded major releases from Beyonce, Kendrick Lamar, Kanye West, Frank Ocean, and plenty of others. As Anti turns four years old this week, all of Rihanna’s contemporaries have released new albums — even Frank Ocean — but somehow Anti has managed to stay as fresh as ever. Good news, since Rihanna has been musically silent since, with not even so much as a collaboration in the past four years.

Anti hasn’t left Billboard charts in 204 weeks. Rihanna is the only Black woman to accomplish this, and few other albums, ever, have had that kind of staying power. The album went platinum in less than 48 hours. And while it was famously snubbed at the Grammys, it has remained popular with listeners. It is the only album from 2016 I have listened to nearly every day in the years since. Rihanna created as close to a perfect album as you can get.

Anti received a largely glowing critical reception at the time of release, with Brittany Spanos from Rolling Stone writing that it was “a sprawling masterpiece of psychedelic soul,” and The Guardian declared that, “in a risk-averse world, there’s something brave about Anti, and at its best, its daring pays off.” It’s daring has paid off consistently since its release, especially in an industry that still seems to prefer playing it safe.

The opening song, “Consideration,” is a prescient collaboration with SZA before she released her own critically acclaimed album, CTRL the following year. From the first 15 seconds, it was clear that Anti was a departure from the kind of chart-friendly pop hits Rihanna released for the majority of her career. The song felt more full of Rihanna than anything else she’d made. Like she was finally captaining her own ship, making music that had the depth to match Rihanna. “Kiss It Better,” “Same Ol’ Mistakes,” (an innovative revision of Tame Impala’s “New Person, Same Old Mistakes”) and “Love on The Brain” were stand out tracks, total departures from the pop sound that had guaranteed her previous places on the Billboard charts.

“I just gravitated toward the songs that were honest to where I’m at right now,” Rihanna told Vogue in 2016. “Higher,” the most eager, lovely, slightly unhinged ballad that she described as somewhat of a drunken voicemail is the best voicemail I’ve ever heard. It is one I listen to when I’m carefully applying red lipstick (hers, the perfect deep matte one from the Fenty Beauty line) in the mirror, and when I’m coming home late from the bar and the train is half empty.

There’s a song from Anti that can fit any day, any mood. “Close to You” is for days when it is particularly rainy and gray. “Work” remains one of the most powerful summonses on the dance floor. “Woo,” and “Desperado,” are for braving morning commutes, shower singing, powering through the second half of a run. “Yeah I Said It” is for sex. “Sex With Me” is also for sex, but also for karaoke, dancing, running, showering, writing, cooking, getting ready to go out, getting to go home.

Anti remains powerful because it so perfectly encapsulates the time it was released, the genre-bending compilation of songs at the precipice of so much change for the music industry, but that fluidity of sound also makes the album timeless. Rihanna might never give us another album. That would be unfortunate because Anti seemed like the first time she created music that was truly an expression of herself, not industry formulated hit songs. But at least, we got to hear it once.