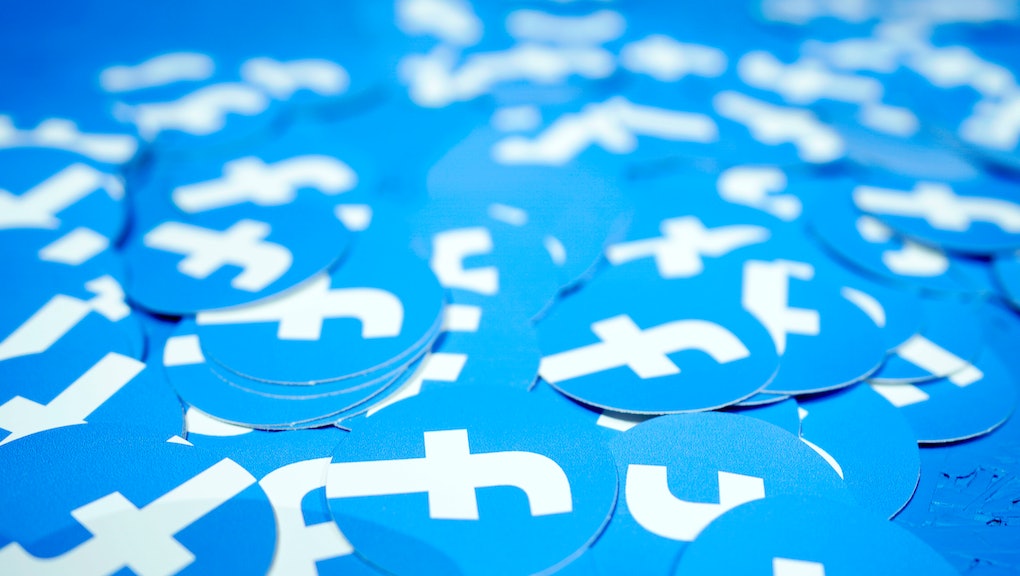 Facebook has become so enormous that its power is capable of disrupting businesses and lives in the U.S. as we know it, wrote Facebook co-founder Chris Hughes in an op-ed published by the New York Times. On May 9, Hughes called for the U.S. government to step in and break up Facebook, using existing antitrust laws and precedents, before the company gains any more strength in the market. He joins other high-profile voices such as U.S. Senator Elizabeth Warren and Google CEO Sundar Pichai in pushing for a level of scrutiny that will take a harder look the massive power Facebook wields in the social media industry.

His concern lies in the fact that Mark Zuckerberg, Facebook's CEO, is a man capable of making mistakes that can effect far too many people. According to the Pew Research Center, approximately 70 percent of U.S. adults use social media and most are on Facebook-owned services. Although Hughes insisted Zuckerberg is a good person at heart, he fears the CEO's desire for growth has put privacy concerns and protections on the sidelines for far too long. With the company influencing billions of people every day through its biggest platforms (Facebook, Instagram, and WhatsApp) he argued that it's time for the government to undo prior acquisitions and establish digital privacy regulations.

Hughes believes that, without government intervention, Facebook will continue to hold unchecked power over the internet industry; choke out potential competition and industry innovation; and put user data at a continued risk of abuse. The company has already received a flurry of criticism lately due to its seeming lack of security and control, but the number of incidents Facebook has been involved in has not restored much trust among the public. Facebook still struggles with news of the company's security breaches, failure to filter out attempts to influence local elections, accusations of quietly selling user information and phone numbers to advertisers, and reprimand from the public for allowing Cambridge Analytica to access data from over 50 million Facebook users.

Hughes also used Vine and Snapchat as examples of Facebook smothering the competition using tactics that take advantage of its influencing power. Facebook blocked the Twitter-owned Vine platform from letting its users find their Facebook friends, crippling Vine's ability to grow via social media 'word of mouth' until it was shut down years later, Hughes wrote. Facebook also had the resources to copy features, like Snapchat's stories, which also resulted in strangling the competition.

"Facebook has earned the prize of domination," Hughes noted. "It is worth half a trillion dollars and commands, by my estimate, more than 80 percent of the world’s social networking revenue. It is a powerful monopoly, eclipsing all of its rivals and erasing competition from the social networking category."

Facebook's dominance means potential competitors can't make enough money to challenge the company's standing. According to Hughes, no one has dared to create another major social networking company since fall 2011. In fields where a behemoth-sized company isn't smothering seedlings of competition — such as the public transportation industry featuring companies like Lyft, Uber, Lime, and Bird — innovation provides customers with choices and various costs to pick and choose from.

Hughes believes the government can still fix this. He proposes the government enforce existing antitrust laws and reverse Facebook's acquisition of Instagram and WhatsApp. Splitting the companies won't make them go out of business, he reassured, and could possibly make the market even more profitable as more competitors are allowed to enter. Shareholders still tend to benefit from splits, said Hughes, which is what happened after the AT&T breakup in 1984 that tripled the value of the companies that split off.

Hughes' sentiment mirrors those of U.S. Senator Elizabeth Warren who has previously cautioned against allowing big technology companies like Facebook that cut off competition, gain profit from selling private information, and fix the market in their favor. In general, Senator Warren believes these corporations should be broken up, given enforceable standards to ensure user protections, and create an agency that will undo anti-competitive acquisitions — and she introduced a policy proposal in March for doing just that, should she be elected president in 2020. These regulations, she said, will allow for more entrepreneurial activity and benefit the public overall.

Pitting more companies against each other could also improve privacy practices as consumers decide which platform is better for them. "No one knows exactly what Facebook’s competitors would offer to differentiate themselves," Hughes wrote. "That’s exactly the point."

In addition to splitting the company, Hughes wants to see the government establish more regulations and laws to protect the privacy of U.S. citizens' data. He points to Europe's General Data Protection Regulation (GDPR) laws as an example of regulation that guarantees internet and social media users a minimum amount of protection — echoing another op-ed, written earlier this week by Google CEO Sundar Pichai, who stressed the importance of giving users clear choices about what can be done with their data. Pichai encouraged both corporations and legislation to create privacy regulations and user-friendly practices, such as the GDPR, that will lay the groundwork for protecting online users in the U.S.

But even Hughes acknowledges this is an extreme undertaking. Still, he believes even the pursuit of such regulations can spur changes in large companies like Facebook. He cited the government's case against Microsoft for abusing its power in the market; although the case was abandoned, it shaped Microsoft's approach to the early web and forced the company to exercise caution. Hughes thinks a similar attempt will both rein in Facebook's power and send a message to similarly large, overbearing companies like Google and Amazon.

"If we don’t have public servants shaping these policies, corporations will." But time is short, Hughes cautioned. "If we do not take action, Facebook’s monopoly will become even more entrenched. With much of the world’s personal communications in hand, it can mine that data for patterns and trends, giving it an advantage over competitors for decades to come."

Facebook has since responded to Hughes' opinion piece in a statement to CNN. In a Twitter post made by CNN reporter Hadas Gold, a Facebook representative accepted the responsibility of holding so much power over the industry, but at the same time rejected the proposal to split the corporation.

You can read the full version of co-founder Chris Hughes' opinion piece at The New York Times.